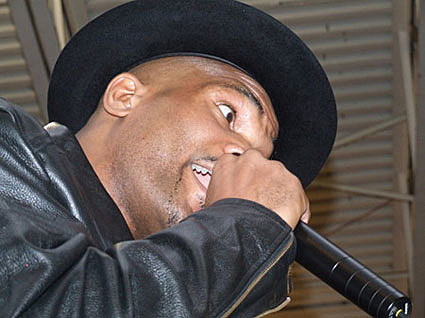 BV: Your own background as an adoptee has led you to do a lot of charitable work with foster children since 2000. How did you get involved with Day Of The Child specifically?

DMC: When the world found out I was adopted it was not only a shock to me, but it was a shock to everyone else. I was also at a point in my life where I was asking myself: "Am I just here to be DMC? Am I just here to be this famous rap dude?" I got kinda depressed, because at the time I didn't know what the missing piece was to the equation. I went to good schools all my life, straight A student, grew up in Hollis and then on top of that, I get out of high school, go to college, I become DMC. But there was something missing.

The reason I am DMC is for a greater purpose than I could have ever imagined. I really represent something. What I represent is purpose and destiny. Every adopted kid, foster kid, at-risk kid who doesn't have a parent or a mentor in their life think they are worthless. But I'm living proof that they have a purpose and a destiny. For me, that is what this is all about. I got involved with Day of the Child, went to DC, and I met Daphna (Ziman) who heads up the whole DOTC…the rest is history. I said whatever I can do, I'll do.

BV: Recently you had a chance to be involved in an interview with another person involved in a lot of charities...Stevie Wonder. How was that? Was he an early musical influence for you?

DMC: I've known him, I've seen him, I've shook hands with him – I got to sit there and really hang with him…he was COOLER THAN COOL. Then it was so cool for me, I'm losing it right now.

As far as influences go, people always ask if it was James Brown, or Michael Jackson, or George Clinton, but it was Stevie Wonder "Songs in the Key of Life"…that was the album! I was young. Probably 12 years old. I remember the summer that album came out. It defined the year I was maturing. It set me up to become the type of writer that I am.

BV: It was probably really gratifying for you to get work with him?

DMC: Oh…it was really crazy! I'm thinking in my mind "I'd love to make a record with you" and he said it!! It was amazing. Think about all the records that he wrote. Everything was always about people, society and vision…the world we live in.

BV: Are you working on any new recordings to bless the fans with? Ever thought of perhaps combining recording with your charitable work? Perhaps a benefit album of sorts? 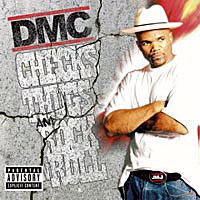 DMC: I put out a solo album about 6 months ago [Checks Thugs and Rock N Roll] that is out now and I'm putting out another album in 2007. It will probably be called Return of the Son of Byford..that's the title that is sticking in my head now. I'm trying to figure out how to do a big event. This summer hopefully we'll be doing a big concert in Long Island in parts with the Felix Foundation [DMC's foundation].

BV: Do you follow today's hip hop closely? Who are some of the newer artists you're checking for?

DMC: Not at all really. It's not interesting. Well, I'm not going to say it's not interesting. It's very interesting and creative. The problem with it - it's all monotonous. It's the same thing for the last seven years. LL (cool J) said hip hop today is like one long record and one long video. A lot of it is funny and creative – but it is not relative to the life I live. To be in hip hop [today] you gotta have your hip hop manual: I gotta have my posse – check. I gotta have my bitches and hoes – check. I gotta have my bling…NO!!! You don't need any of that. Hip hop is about what is here [points to heart]. For me hip hop is NWA, Run DMC, Public Enemy, De La Soul, Beastie Boys, Eric B and Rakim. If you look at hip hop right now just from the concepts and images!?!?! It's frightening. Because it makes people think that is what hip hop is about.

BV: How do you feel about today's hip hop trends going away from New York? Do you think we'll see a shift back to New York in the near future?

DMC: I see a shift back to NY – I heard Game and Snoop Dogg – who are from the west coast – were here [in NY] promoting their new albums. They were put on the spot and said that NYC used to be the mecca of hip hop. They said the people of NY should get back to doing what we do.

BV: You're involved in the Moth tour right now, a storytellers tour. How has that been? In what way is it different from a music tour for you?

DMC: It was the most incredible things I have ever done. You know why I love it? Realistically for me right now it is a fight to be involved in hip hop. The Moth provides me a forum and a platform to do what it is I'm supposed to be doing: speak, educate, have fun. It came to me as a gift. I relish it. I learn from the people's stories and they learn from me and that is how it's supposed to be.

BV: What are your five favorite hip hop albums ever? 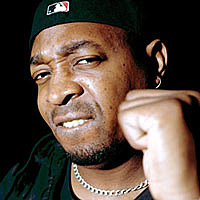 DMC: The first Wu-Tang Clan album [Enter the Wu-Tang (36 Chambers)], It Takes a Nation of Millions To Hold Us Back by Public Enemy, Fear of a Black Planet by Public Enemy, Brand Nubian's One For All, and Ice Cube's Amerikka's Most Wanted. People always ask me "D – who do you think the best rapper is? Tupac or Biggie?" I go: "Chuck D. Did you ever hear this man deliver????" When me and J first heard him and Flavor at WBAU, we ran with the tape to Rick Rubin and said "Rick, G-d has come down to rock the mic!" Rick was like, "I gotta sign this dude"…just from that. Russell was so scared of what Chuck was talking about believe it or not (imitates Russell) "People will never go for that…it's too radical." Rick was like "this is the new thing man!"

BV: you mentioned Flav…have you ever watched "Flavor of Love"?

DMC: I didn't really catch it until the hype, but for me, see, I lived with him for years. He deserves the show. He's real. His show isn't for dynamics – it's him….he's really like that! Me and Chuck said we are very happy for him cause it keeps him busy. That is his life…his personality is *imitates Flav*. A lot of people say it is wrong to do reality but it is perfect for him.

BV: Do you listen to a lot of music aside from hip hop? Any favorites?

DMC: My new hip hop is classic rock. It's been like that for the last 12 years. Dylan, Led Zeppelin, the Stones, Janice Joplin…people always go "D, why do you listen to old music?" But it's not old to me, cause a lot of it I never heard before. I was caught by "Sgt Pepper's Lonely Hearts Club Band". That album is like a rap album *starts singing SPLHCB*. 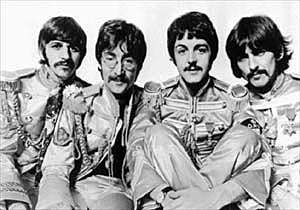