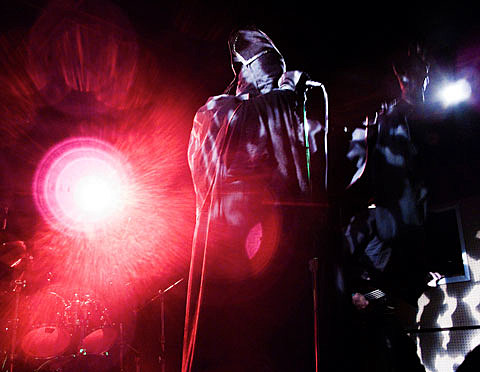 Continuing our ongoing Bloody Panda remix series (we interviewed both Sanford Parker and Matmos), we sat down with the veiled madman behind Portal, Horror Illogium, to ask him a few questions about his contribution to Summon: Invocation. The results and the song stream, which appears here for the first time, are below.

What about the song "Saccades II" attracted you for a remix?

In general how do you approach a remix or a cover? Do you like to stay faithful to the source material, or veer off into your own uncharted realms?

This was the first and only remix that we have experimented on. In this instance, the eerie feedback on the bass guitar distortion became the epicentre of the mix in which we built around, we chose to use what tracks already existed and simply warp them into a kind of descent. 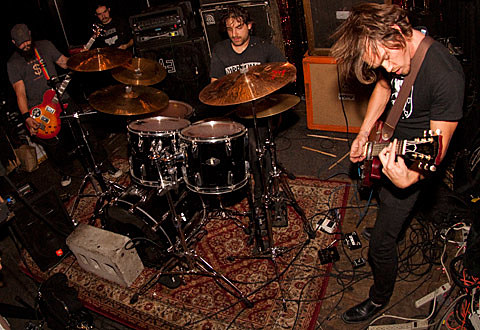 What attracts you to the music of Bloody Panda and their use of the voice of Yoshiko Ohara? How do they stand apart from their peers?

The atmosphere is most appealing, totally dark and odd. I'm not aware that Bloody Panda actually have peers?

What is the current status of Portal? Any new music in the works? Any other projects?

We have at this point recorded our 4th full length album, with only vocal tracks to be laid down. We have an upcoming Australian tour with ABSU in January which we are looking forward to.

Within Australia, who do you think are some bands that you enjoy that deserve a bigger audience?

Short and to the point. Thanks to Illogium and the rest of Portal, and of course Bloody Panda