The description of The Walkmen's music on their Myspace says "melodramatic popular song." That's about as close as you can get to defining their brand of rock n' roll. It's easier to say what they're not. They're not quite baroque. They're not quite moody. They're not arena rock. But it has all of these elements, and it just works.

The new Walkmen record, You & Me, is very good. We spoke with frontman Hamilton Leithauser about album titles, being handcuffed to their "sound," New York City, and the "Chinese Democracy" of indie rock literature - their novel.

The band's past album titles have generally peered into the mood of the record. You & Me is a rather basic album title compared to the others. How did you guys settle on it?

Hamilton: We had a lot of suggestions over time. We had long ones and different ones. That one [You & Me] was short and sweet and kind of rang true with most of the songs on the album. The track order and everything was done before we picked it. Basically, it was the last thing we did was come up with the title. It seemed sort of descriptive, in a way. It was really simple. We've definitely had some long ones [laughs]. 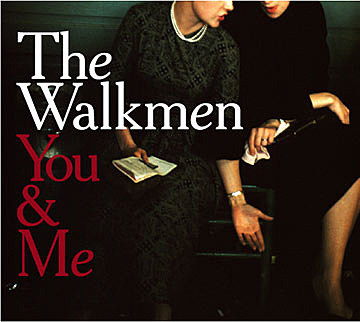 Some of the reviews for the record have made it a point to stress how, for the first time, your lyrics stand on par with the music. Does it bother you that it seems there is this mass ephiphany to your lyric writing?

Hamilton: No. I believe there is some validity to it. Not that I didn't care about the lyrics. It's hard to say any of it makes sense because they're all just sort of rock songs. I guess maybe there was more of a thought of making things have a specific vibe that we were going for in the beginning. A lot of lyrics were really prominent. I spent a lot more time on the lyrics then I did in the past.

On The Water - Juan's Basement (Pitchfork.tv)

I was also curious about your sound. It's the defining attribute of the band. You know a Walkmen song almost immediately. But at the same time, the band has been able to make different records. Has it been a conscious decision to change for each album or has it been a natural process?

We kept writing when we finish the last record. It's a continuous process. By the time you get to a new record all you know for sure is that you don't want to make it sound like the last record. It took us a really long time with this one. To even come up with the new direction, or at least a new way of looking at things. That's the hardest part, sound wise. There are a lot of hard parts.

It's really tough. When you have nothing, you don't really know where you want to go. Do you want to make fast songs? Slow songs? Or just make whatever you can? The first song we wrote for this record was "Red Moon" and it was just chords and the sounds of the horns. It was just that. We didn't even have a second part, just like ten seconds of stuff. Then I came up with the lyrics and the melody. I felt [at that point] that maybe we had something we wanted to do.

Do you guys ever feel like your handcuffed to the Walkmen "sound?"

Yeah. The first thing we thought when we started on this record was we wanted to make a calypso record. We wanted to do all calypso songs. And that...didn't work[laughs]. We had a song called "The Calypso Song" that didn't make it. We had another calypso sounding song that didn't make it. These really big songs that are so long that nobody will ever hear. You try to get away from it [the sound]. The guitar has the reverb turned up on it. You're not unaware that there is a foundation to all of the songs. It's sort of our thing. Maybe at some point it would be nice to turn the reverb off.

I ask because I remember the first time I heard the debut and as unique as the sound was, I wondered if you could go far with it. Do you guys ever feel like you've painted yourself in a corner, creatively speaking?

You feel that way at the end of every record. Especially with this one. We had already made three as the Walkmen [I'm guessing he isn't counting Pussy Cats]. We had made a lot of other records in the past with our other bands. So if we all really want to do something that we were all really excited about and that we think is a different approach, we do it. If not, then what's the point? I think we did.

You get to a point where it's the same five guys in the same room with the same guitars and the same amps but for some reason you have a new way of playing quieter or groovier. It's the same dudes [laughs]. You can walk in five years later and it's the same guys. But it feels like we got a new way of looking at it. For us, it's exciting enough to keep it up. But I don't know how many times you can do it, with the same shit. We got horn players with us tonight. You need to change it around at some point.

So are you guys gonna end up like Pink Floyd where it's the five core guys and then like 12 other musicians on stage?

Once we get the back-up singers, I think it's time to pack it in.

The band emerged at the time of the whole New York thing at the beginning of the decade. And now it's the end of the decade and the band survived the whole bubble and I was curious if you had any thoughts about the whole thing?.

We had been in bands for years before there was other bands that got really popular, you know? It was great. Some of them were friends of ours and others we never met. There would always be some big article on the bands and we would be a footnote.

Exactly. There would be this huge photo of Nick Zinner, who's an old friend of ours, and then a tiny photo of us [laughs]. Like the five of us on a postage stamp. It was totally fun to be included but then...it all seemed like kind of a fad. It had nothing to do with the bands. The bands were all legitimate and doing their thing. We were doing our thing. We were in it to make records and just keep going so while it was fun we didn't let it get to us. 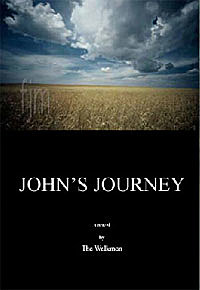 I wanted to ask about the book.

Oh no. We had to write a record first. It was time for us to write some music instead of a book.

Do you guys wish you hadn't put it out there?

Sort of, yeah. It was something that was a joke in our band for so many years before we told anybody about it. I don't know why we told anybody about it. Boredom. It was a joke for years that we had always kept very private. And we were actually writing it. Diligently. And then the minute we told everybody about it, the interest in writing it completely died out. I think we will write it again. I don't know how many pages it is long right now but I have it, somewhere. Yeah, we'll pick it back up. The joke won't be complete until it's 900 pages long and you go to the merch stand and we got boxes of them that we have to sell.

The Walkmen's new record You & Me is out now.

The Walkmen - What's In It For Me