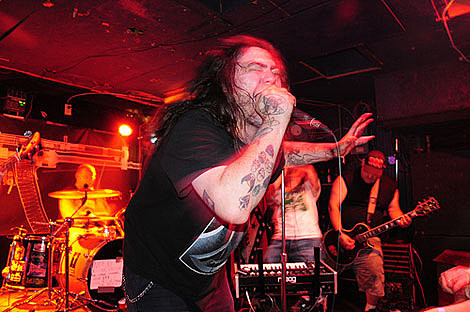 Scion Rock Fest in Atlanta is just a few days away (Feb 28th) and until the opening tones of Kylesa's guitars, we'll present a series of discussions with some of the key artists taking one of the four stages at the Masquerade. Yesterday we spoke to Scott Hull of Pig Destroyer and Agoraphobic Nosebleed. Today it's CT...

I'll always remember the first time that I picked up Judge's Bringing It Down and saw..... "Mike Judge: Throat". Damn right. Conversely, Rwake's liner notes in Voices of Omens and If You Walk Before You Crawl, You Crawl Before You Die credit CT with "vocals". I beg to differ.

CT's rusty razorblade of a throat and his band of Arkansan hooligans, Rwake, have been around for more than ten years, trudging in sludge, doom, and wading in the generally unpleasant mucky southern marsh that birthed Eyehategod and Buzzov*en. Rwake dropped their last LP in 2007, the critically acclaimed Voices Of Omens. Since then the band has kept busy on the road, and CT has spent a good portion of his free time at the helm of a documentary examining the southern underground metal scene. It's called Slow Southern Steel.

With Scion Rock Fest right around the corner and Rwake set to hammer the Masquerade stages, We sat down with CT to discuss his band, the movie, and emerging artists on the southern metal scene.

Rwake released Voices Of Omens in 2007, since then have you guys been working on any new material? If so, any recording plans? What are they?

Yes, we have a few new songs, but we'll be holding off on playing them for a bit. We want them to be just right. One new song is 11 minutes long and it's called "It Was Beautiful, But Now It's Sour" we have about 3 more in the making that are almost finished. When we get em done, I'm sure we'll be headed right back to Sanford [Parker]'s to lay it all down.

Since the release of Voices of Omens, you guys have done some extensive touring, but as of late, you have played alot more in the south. Any plans on hitting the road again on a larger scale in the coming months?

Nope. We are trying to focus on writing the new material, and shows get in the way of that big time. As soon as the new cd comes out we will hit the same routine of shows and touring, but maybe less. We don't want folks to get burned out by us, so we might tour less, so that seeing us will be more of an experience, but we will play other markets that we rarely hit up more, or places we don't hit up at all. 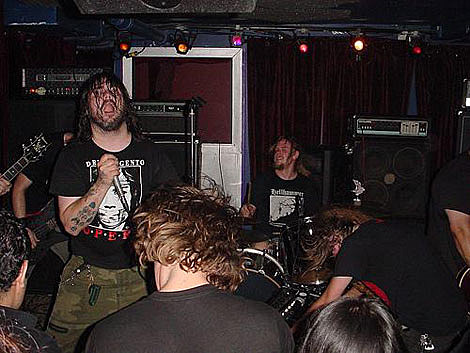 Slow Southern Steel is a documentary on southern metal... and alot of great metal from the south is finally getting its due.... Mastodon, Kylesa, Baroness, Harvey Milk, Torche, etc etc etc. That said, who do you feel is an unsung southern band?

I really like Music Hates You, ASG, and Dark Castle alot. Those 3 bands mean alot to me. Dark Castle and Music Hates You is busting their asses out on the road right now, and ASG is a juggernaut of good tunes. Maybe an unsung hero would be Suplecs from New Orleans. They have kicked much assness, and suffered alot the past few years. They have a new album about to come out, and I hope they are ready to take over the road again. Now that I think of it I would say the biggest underground band from here that deserves all the credit in the world is Weedeater. They are the godfathers of what we do.

When can we expect Slow Southern Steel to surface? How did the idea come about?

We have one more day of filming in April in Austin, and the filming is done. We will spend all summer editing and try to have it done by fall. Then we will submit to every film fest we can. We will also do select cinema viewings in certain towns until we hit them all. The idea came from a good friend of mine Christian from Wilmington, North Carolina. He is writing a book with the same title and same substance. I told him in 05' I wanted to make a film of his idea. It's finally coming true.

You are throwing your own SSS show at SXSW, why did you choose some of the bands and what do you think that they say about the southern music scene?

Honestly I didn't choose Hex Machine. They already had the spot before Rwake, and since they are totally rad and from the south I decided to try and make it a slow southern steel showcase. It kinda just fell into place that way. I'm very very happy about it! 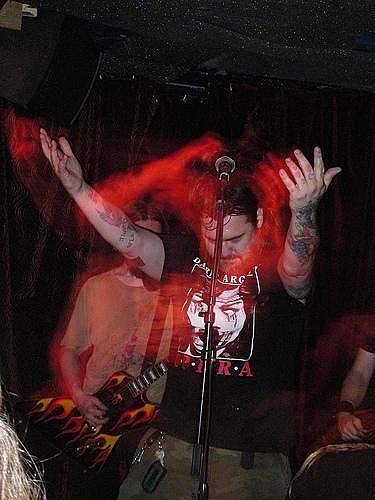 Neurosis, Neurosis, and Neurosis. I haven't seen Mastodon since early 04' so it'll be cool to see them. I wouldn't mind seeing 1349. We'll have to see how crazy things are.

Thanks CT. Now check out the interview with Scott Hull, and see Rwake live...