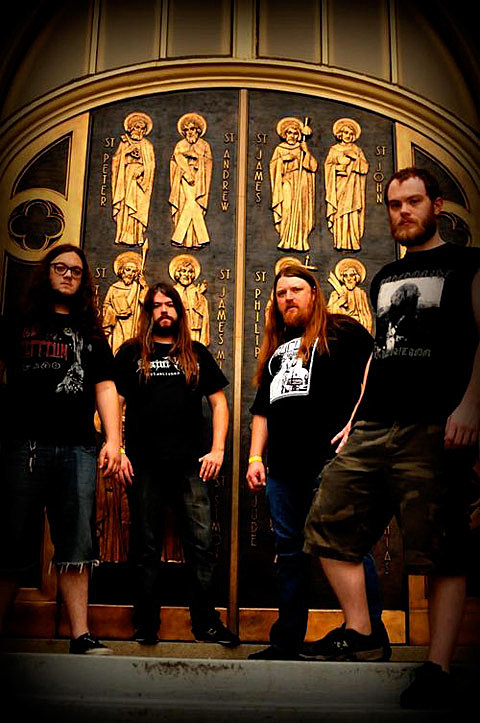 Doom unit Pallbearer hail from Little Rock, Arkansas, but if that makes you think of down-tuned moonshine madness, you'll have to adjust your expectations. Whereas most of their contemporaries are influenced by punk and filth, Pallbearer guide you through long songs that bear grace with pain. Brett Campbell's vocal work soars high above the uncomprimising melancholic doom. Think of Robert Lowe of Solitude Aeturnus/Candlemass with the grandiosity cut back just a tad enough to fit the music. There are heavy riffs aplenty, as any doom band should have, but Pallbearer also have some of the most poignant minor-key leads you've heard in ages. All this makes for a band where sadness is next to godliness.

In 2010, they released a self-titled demo (available for streaming below), and while it took a little over a year to burn into the consciousness of the metal public, that flame couldn't be brighter. Profound Lore took notice, and they'll release Pallbearer's full-length debut, Sorrow and Extinction, on February 21st. Sorrow is a continuation of the demo's strengths, with an added dose of heaviness on the guitars and two songs that break the ten-minute point. You may have just gotten through a bevy of year-end lists, but this album will make you start your 2012 list very early.

Check out "Devoid of Redemption," a re-recording of a song from the demo, making its debut in this post. Stream it below.

We spoke with Pallbearer's bassist Joe Rowland about Sorrow, the band's cover of "Gloomy Sunday," and Rites of Darkness. The results and all streams are below...

Pallbearer - Selections from "Sorrow and Extinction" by brooklynvegan

Pallbearer's sound is very European-in many ways but since you hail from Little Rock, what would you say is Southern about your sound?

Joe Rowland: For us, there isn't anything specifically tied to our locale within our sound. I suppose if anything, the sheer heaviness of our local or regional brothers in Rwake, Deadbird, Shitfire and Ketea to name a few, slowly seeped into our subconscious over the years. While the music we write is quite a bit different from all of theirs, we still have to continue the legacy. So, whether that's southern or not I don't know. It's just how we do things I suppose.

What influenced you to record a version of "Gloomy Sunday" on the demo? Was it the myth behind the song - that it's supposedly inspired many suicides - and that the original composer of the song killed himself that intrigued you? Is there a particular reason you used the Sam M. Lewis lyrics for your version of "Sunday?"

That cover was an idea of Brett's, and we just happened to have worked up the arrangement prior to the demo recording, so we added it to the two original songs. There were a few factors that went into its creation, and you're correct about your assumptions. Brett chose to omit the added section from the Billie Holliday version to remain true to its original intent, and the rest is history really.

Pallbearer at Rites of Darkness (more by BBG) 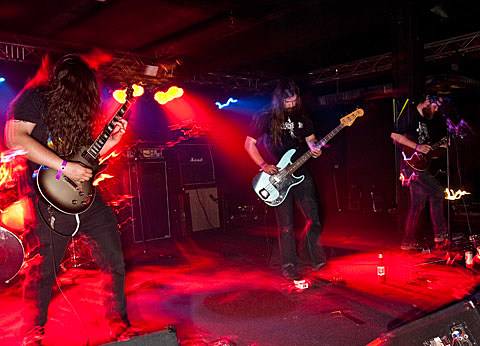 What can you tell us about the recording process for Sorrow and Extinction? What were your goals from a production standpoint?

We spent many drunken nights putting Sorrow and Extinction to tape over the course of around eight months, and it ended up being a pretty arduous process. Balancing all its layers and maintaining a sound that is true to the heaviness we want to achieve in a live setting was our goal, and I think in the end we accomplished that. We had never been satisfied that the demo accurately portrayed our live sound, despite its unique atmosphere, so capturing that for the full length, and perfecting it as much as our collective sanity could withstand was our priority.

What influenced you to revisit "Devoid of Redemption" and "The Legend" from the demo for Sorrow?

Before we entered the studio, we mulled over what material would best fit the album, and we felt those two were necessary. They've had varying degrees of adjusment since the demo, and I think both the demo and album versions will stand on their own in the end.

Who did the cover art on the new record? How does it tie with the record thematically?

The artist was a great friend of ours, Sean Williams. He's currently based out of San Francisco, and he has a phenomenal knack for capturing the otherwordly and mysterious atmosphere in his work that we were after for the album. I don't want to reveal too much yet, but the artwork is thematically tied to a journey threaded through the album; a journey which is not yet complete.

How would you describe your experience at Rites of Darkness? What are your plans for live dates in 2012?

As for 2012, we are still formulating our plans for live performances, but I will say that these plans are big and we will be making appearances in some exciting new places! 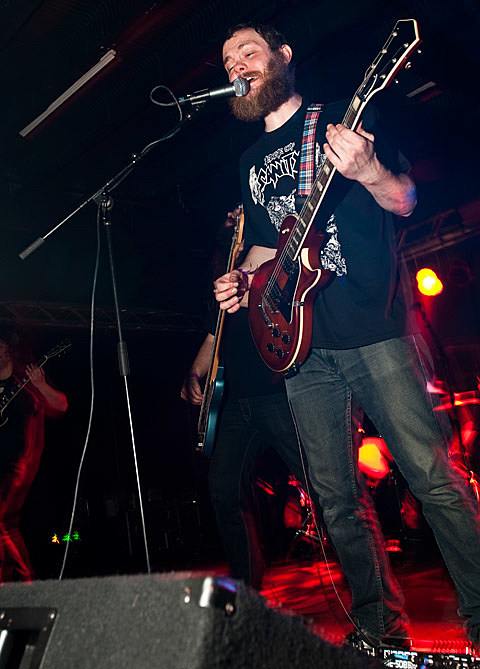 The last copies of your demo tape sold out at Rites. What do you make of the culture around tapes? What about tapes appeals to you as a format?

I don't know much about the current "tape culture" honestly, as I only have a modest collection of older classics myself. I hear talk of tapes being a fad, but music is music. That aside, I like analog formats, and a well mastered tape can add that little bit extra to a recording that makes it that much better, to my damaged ears at least!

Stay tuned for on Pallbearer! Listen to those streams above.