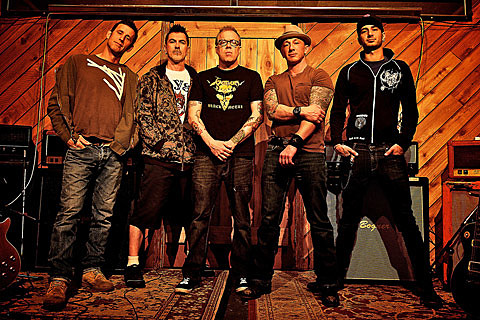 You may know the name Dave Smalley from one of his bands like Down By Law, All, or Dag Nasty, but one of Smalley's first roles was as frontman for Boston hardcore band DYS. DYS reunited in 2010 and have since created new material for release via Bridge 9, dropping a single per month including their latest track "Unloaded" which makes its streaming debut here and is out TODAY via iTunes. Head to Bridge 9 for the previous two singles, "Wild Card" and "Sound of Our Town" featuring Dicky Barrett of The Mighty Mighty Bosstones.

We cornered Dave Smalley to ask him a few quick questions regarding DYS, the reunion, and the single-per-month model of releasing the new DYS material. The results, and that song stream, are below.

Why resurrect DYS? What did you feel was unsaid in the first run?

Dave Smalley: Well, whatever you do in life, be it music or something else, I think it's important to try to do it for the right reason, and to always do things you love. For DYS, we'd been asked so many times to do reunion shows and it just wasn't the right timing or reason, so we never did it. It had to be something special for us, and for our fans and family.

After the sold-out show, which was planned as a one-off only, we all said, "That was really cool and fun." It still sounded powerful and the message and the music still resonated. People were just incredibly supportive, over 1,000 fans showed up. So, based on our performance, we got asked to do more shows: In NYC and with our pals from the Bosstones in Boston at their annual Throwdown in front of 2,500 kids, then onto Chicago, Baltimore, Philly, Gilman, Sound and Fury, the whole thing just kept growing.

As we played together more and more, Jonathan wrote some lyrics that really moved me, and so I wrote some music for them. Now there's new songs too that I think are really strong.

Long answer, but bottom line is we all are doing it for the love of powerful, heavy music that means a lot to us, and hopefully to our fans too. 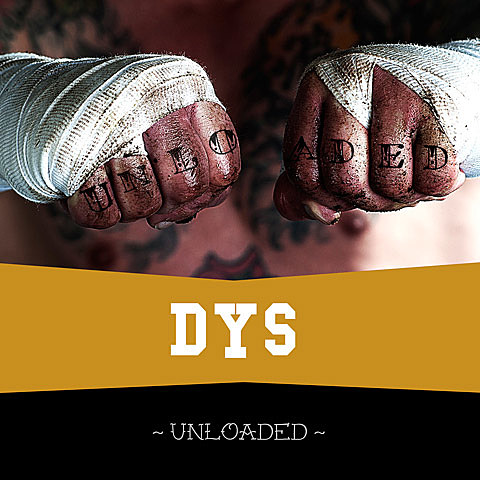 Why release songs monthly? What about the slow release of these songs attracts you versus dropping a full LP at once?

The music industry has clearly changed in the last 10 years and that's changed how fans want - and consume - their content. The demand for deep, conceptual physical albums has been largely replaced by a desire to get something new, something current, something digital, on a regular basis with a low price of entry. To have an easy, ongoing, dialogue of sorts with bands they like or use the Digital format to discover new artists.

It's been a very long time since DYS was an active band, and so it was important to re-introduce ourselves in the language of today, rather than stick with what we knew or felt comfortable with from past lives.

Monthly singles also give us a chance to stay in the musical conversation over a longer period of time, versus the traditional one-time album drop, and to lower the barrier of introduction for someone who may have never heard of DYS before.

It's also been fun to create so much art, so many images, one for each song, rather than just one album cover.

That said, we do plan to "wrap" all the new music into a collection in both digital and physical formats at the end of the cycle for our most passionate, most excited fans. We've saved a thing or two for that time as well.

Any plans for additional dates or a larger scale tour?

Yeah, it looks pretty good for 2012. We're slated for South By Southwest in March and tacked some other Texas shows onto that run. We're coming back to NYC with another legendary hardcore band and - the biggest 2012 news so far - we'll be headed to Europe in April for 10 days worth of shows, including Groezrock in Belgium. We also want to make up the Youth of Today dates that got cancelled at the end of 2011. Crazy after all these years, but good crazy.

I have to say that doing it for the right reasons, because we love it, and because it's powerful, is a great spark for the live performances. And playing with the current line-up, with Al Pahanish Jr., Franz Stahl and Adam Porris has been unbelievably rewarding, musically. These guys can play. For Real.

As an elder statesman in punk today, who do you look to for inspiration, in punk rock and beyond?

And getting more elder all the time! You know, I have so many sources of inspiration. I'm honestly inspired by seeing good people do good things in life every day. I've always been a big believer in, and inspired by, all of us working men and women doing small things and making the world a better place through determination and effort. There's a lot to be said for the difference we can all make onthe planet just in trying to love our fellow human beings and do the right thing.

I am also inspired by great figures of history overcoming tremendous odds -- George Washington is a huge inspiration to me -- if you were betting on the Americans winning the Revolutionary War in 1776, most people would not have taken that bet in a New York minute. One of my favorite movies is "The Great Escape," based on a true story of British and American POWs in WWII escaping from a German camp. Incredible courage and ingenuity.

And, I'm a huge fan of art, of all stripes. Robert Rauschenberg and Frank Stella and Mark Rothko among many others really have done work that is so amazing and moving. 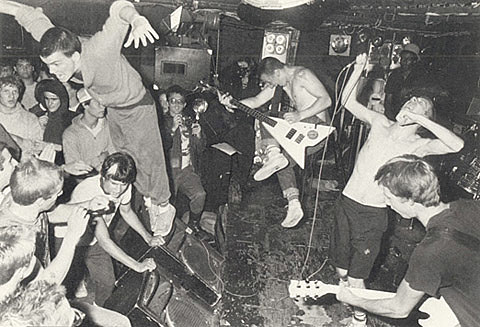 You are asked to write your tombstone... Dave Smalley, father, musician, and writer of "_____". What song or album of any project that you have been involved in would you most like to be remembered for?

That is a really hard question. I have deep love for DYS, Dag Nasty, ALL and Down By Law. I've been really blessed to be in those bands and work with some amazing musicians and friends. I know it sounds like a copout answer, but I genuinely could not pick one over the other. I will say that "Brotherhood," "Can I Say," "Allroy for Prez" and "Punkrockacademyfightsong" are all albums that I'm proud to have been part of. But I also have emotional attachments to other albums by all those groups. But to pick one over the other, I can't do it.

What is the current status of Down by Law? Dag Nasty?

Down By Law is getting very active again and it's great. In 2011, we played Punk Rock Bowling, then we played Riot Fest, and now we just signed with DC Jam Records.

There will be a new album out in late spring, and we will tour behind it.

Sam is an amazing songwriter and guitarist, and one of my closest friends, so I'm really excited to have DBL back on the road and in the studio.

Nothing at the moment with Dag Nasty, unfortunately. I would like to do something. We'll keep you posted for sure if there is anything coming up.

Many thanks and much peace.