"Providence should be nuked. The music scene there is a disgrace. " - Pilgrim 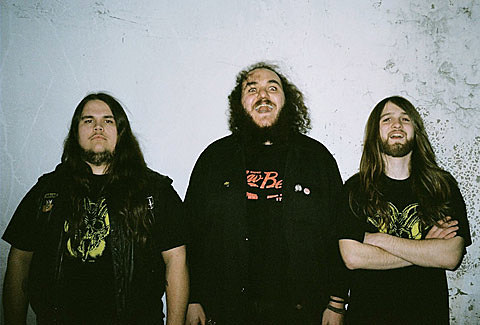 Check the IDs of the members of Pilgrim and you might be surprised. Though Pilgrim is well-versed in the classic doom sounds of the 70s and 80s, the young band (both as a unit and individually) plays songs well-beyond their years on Misery Wizard, the band's debut LP due on February 14th via Poison Tongue/Metal Blade. Misery Wizard's strength's lies in its ability to reinterpret the greats like Black Sabbath, Saint Vitus, and Reverend Bizarre into something familiar yet wholly new, expanding upon influences instead of rehashing them. Check out three new songs from the album the title track, "Astaroth", and "Quest" (which makes its debut here), below.

Pilgrim will play a handful of dates in the coming weeks, including March 1st at Public Assembly with Natur, Windhand and Magic Circle. Look for them on the road (dates below) and check out a discussion I had with The Wizard (guitar/vocals) where we discuss inspiration or lack thereof, how they hooked up with a member of Primordial, and their hometown of Providence.

Our interview (which includes the quote above), tour dates and all streams are below.

What is the short history of Pilgrim?

I met Krolg and Soothsayer in highschool. Krolg and I played in many different bands and many different projects over the years together. We started listening to a lot of Sleep and Electric Wizard, and it wasn't long before we discovered bands like Reverend Bizarre and Saint Vitus. They changed our lives. We were totally inspired to make doom metal music. It was the form of metal that made the most sense to us.
A year later I made some demos of the new music we'd been working on and eventually asked Soothsayer to join us on bass. He humbly accepted.

Your Forsaken Man demo was well-received (download it for free), do you have any plans to re-release that on a hard format?

Not currently. I'm surprised people liked it so much. I didn't think it was all that great. Maybe in the future.

Between the 10" and the demo, you have released three of the six songs that are on Misery Wizard. How many songs have you written that havent seen the light of day thus far?

Not many, maybe 5 or so, but we probably have over 20 riffs that we're working on.
It takes us a really long time to write a song. If it's not just perfect or if a riff is weak, we have to throw it out or think of something new. We hate when something we write just sounds too much like another band. We'll never use riffs like that.
We're working on a new project right now, we should have a lot more material soon!

You guys signed with Poison Tongue, a Metal Blade imprint of Alan Nemtheanga of Primordial. How did you connect with him?

Long ago, in times historic, Alan found us while wandered the MySpace Music wasteland. He asked us if we wanted to do a record and we said "Yes, please." A year later, we were signed and releasing this record. It was as simple as that. 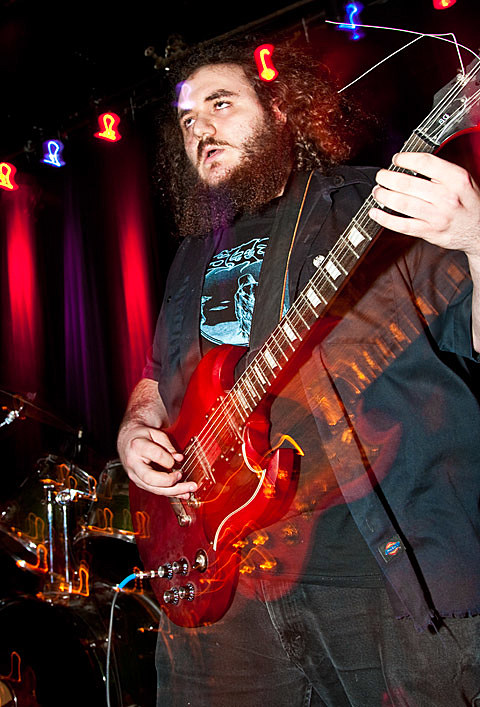 Its clear that your music is rooted in doom in a "classical" sense... tipping the hat to bands like Black Sabbath, St Vitus, Pentagram, Sleep, etc. Do you take any influences from doom bands that dabble in death metal, funeral doom, or any of the styles that branched off of doom?

No, that stuff doesn't really interest us. We like "true doom metal", the classics!
Funeral doom is so washy and bland to us. We like it a bit more straightforward and a little less... hopeless. There is fire in our hearts that burns wildly! We don't have time to sit around sulking, we are always ready for whatever quest lies before us. 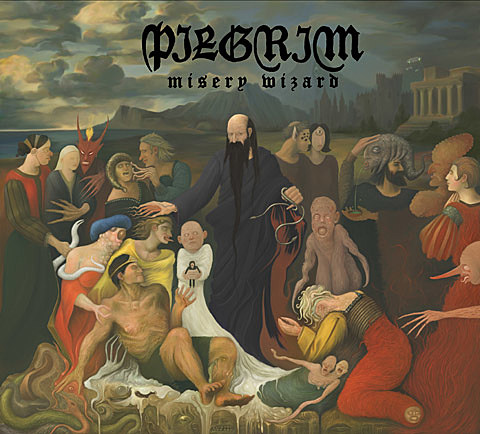 Underneath your music is a definite melodic sensibility, what are some pop music groups that you enjoy (past or present) that may have made its way into your music, subconsciously or otherwise?

The Beatles were a huge influence on me when I was younger. They taught me a lot about how to structure a song. When I was REALLY young, I owned an Eiffel 65 CD that I used to jam to, hahaha.
As young children, we were all subject to sitting in the back seat of our parent's cars listening to their terrible music. I suppose no matter what you do, the melodies from the radio stick with you forever. 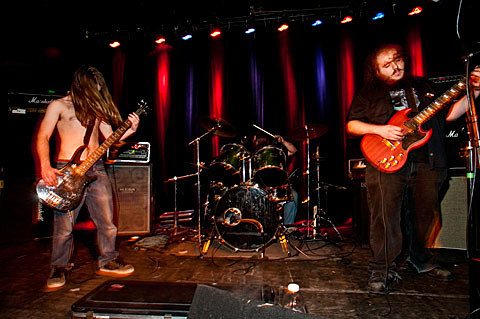 You guys definitely play NYC a lot, mostly due to personal ties. What are your thoughts on the Rhode Island/Providence music scenes, and do you think its a friendly environment for heavy music? How so?

Providence should be nuked. The music scene there is a disgrace. Its clubs are dominated by greedy promoters. Everyone there is trying to make a buck. It is obvious that there is something terribly, terribly wrong there. Even hidden away in the warehouse districts, where there is a "small, secret scene", it's little more than pretentious hipster music.

The scene is dominated by singer/songwriter bubblegum shit and screamo/emo garbage, with a few noise rock bands in between. I have complete respect for the noise bands that were making music in Providence during the late 90's, early 00's, bands like Lightning Bolt and White Mice, but their time has passed and their glorious empire has fallen. Providence is a mere shadow of its former self.