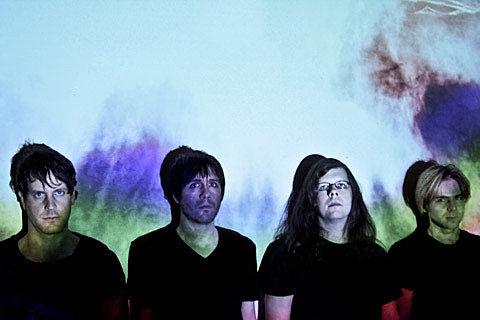 Vaura, the Brooklyn crew comprised of members of Religious to Damn, Gorguts, Dysrhythmia, Kayo Dot and Maudlin of the Well, have released their debut LP Selenelion this week via Weird Records. The LP encompasses elements of post-punk, goth, shoegaze, metal, and so much more seamlessly and effortlessly.

Head below for a full album stream, a set of tour dates, and an interview with Josh and Kevin from the band...

What was the genesis of Vaura? How did you form and was there a specific direction that you had in mind or was it more along the lines of "like-minded friends collaborating"?

Kevin Hufnagel: I met Josh through Lev (Krallice) at a show, I believe around late 2009. Turns out we shared a mutual love of the band The Chameleons. It then occurred to me that I had also recently seen Josh perform with his previous band when they opened for Mark Burgess (of The Chameleons). Besides our mutual interests in early post-punk stuff, we also discovered we enjoyed a lot of the same metal bands. It can be a rare thing to find people that can appreciate both of those things equally, and entirely without irony. I had been wanting to do a band that was more "melodic", and with sung vocals for quite some time, but could never find the right people. Josh mentioned he had a demo of songs he had written, with a concept in place. The next day he sent it over to me. I was excited by what I heard, and offered to work with him. He brought our drummer Charlie Schmid in, as they had already been playing together in Religious to Damn. A few months later, I brought our bassist Toby Driver to the fold. Toby and I go way back, and I'd always wanted to write music with him.

JS: Yeah, the shared taste between Kevin and I was pretty uncanny. Actually we still discover these huge points of aesthetic convergence, when I went to his solo show at The Stone a couple of weeks ago he was playing the Insititute Benjamenta soundtrack, which has always occupied a really special place in my imagination. We also are both really into weirded out psych folk bands like Mellow Candle, Jan Dukes de Grey. I think in general for me, I had become tired of the familiar expected beats and structures and sonics of post-punk, and found myself really excited by the idea of keeping the same atmosphere and melody but experimenting with more extreme and intense sounds. 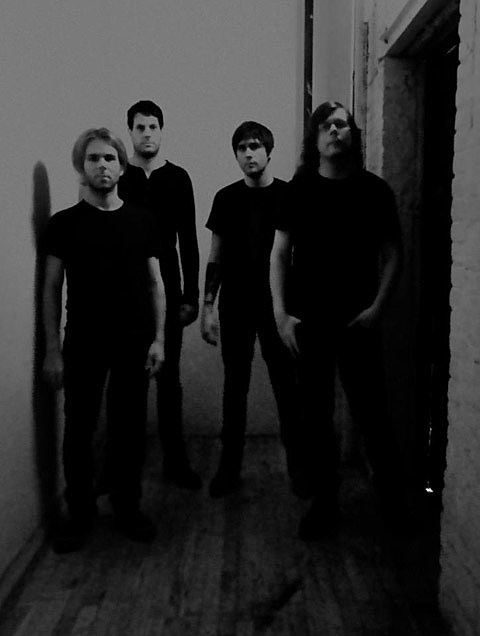 What is the songwriting process like? I would imagine with that many cooks in the kitchen it must get complicated at times.

KH: A good chunk of Selenelion is material Josh had written on his own before the band was formed, I wrote 3 songs on the album, and a few other short bits here and there. However, we all write our own individual parts, and contribute to the arrangements. Moving forward; myself and Toby are beginning to bring in more song ideas. Considering all the "cooks" we have here, it works rather smoothly. We all share a similar musical aesthetic with this band. The unique mix of individual backgrounds keeps it interesting, I believe.

JS: I often marvel at how easy it is, but then when you think about it it makes sense. You might think there would be a lot of strong egos clashing, but both Toby and Kevin have projects where they are the main writer, and they seem pretty content for Vaura to be a project where I'm more or less guiding the boat in the way they do with Dysrhythmia and Kayo Dot. But then I have such total respect for their ideas and opinions, that any time anyone brings a riff or has an idea for a change or new part in something I've written, I'm completely down for it. Plus it's really cool because everybody in some sense in this band is stepping outside their comfort zone. I'm doing harsher vocals than I ever have and just generally playing heavier music, whereas Kevin and Toby semi-joke that this is their outlet for writing catchy stuff. But as far as the songwriting process, there's really not any one way that we do things. Whatever works. It's laid-back in that sense. 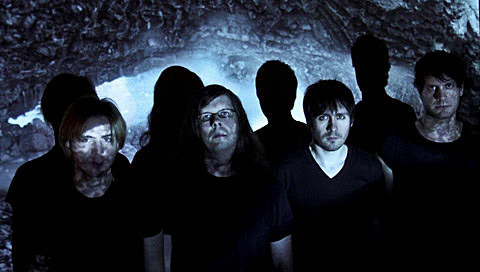 How much material have you conjured up so far that didn't make it to Selenelion?

JS: We have half of the next record recorded and we're working on writing the remaining tracks right now. When we set out to write, we're pretty fast and prolific. It really ends up just being about finding the time to get everyone together in one room. I'm already excited about the new material because it's already clear that for as long as we're a band we'll approach things the way I've always wanted to approach them, which is the way I see bands like Talk Talk or Ulver. Do whatever you want, whenever you want, without much concern for expectation. A lot of the songs for the upcoming LP use more blast beats than anything on 'Selenelion,' whereas we've even discussed a third LP maybe being largely acoustic. Who knows what will ultimately happen, but I really love that everyone's of that mentality: if pushing forward into territory that sounds nothing like what people have come to expect from us is what we feel is right, then that's what we'll do. 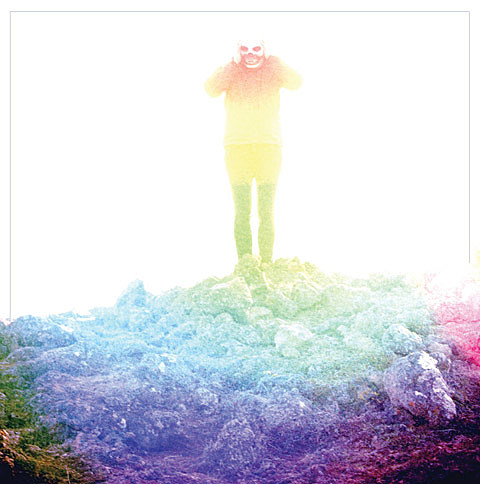 Since so many of you have so many different projects, is it tough getting together for practices? Do you ever foresee a time where Vaura is a unit with additional live personnel?

JS: It can be tough getting together. The way it usually ends up working is we'll have a duration of a month or even two where we're all in town and we can make the time, or there will be a whole stretch where somebody's out on the road. Toby's been touring a lot with Secret Chiefs 3 lately, for instance. But that's where the 'no-one-correct-way' of writing comes in. If Toby's away, Kevin and I might get together and write a bit. As for becoming a unit with additional live personnel, I think we really prefer the feel of the four of us whenever possible, but we have such an amazing community of musicians and friends around us that if we did decide to go that route for any reason, we'd be in good shape. 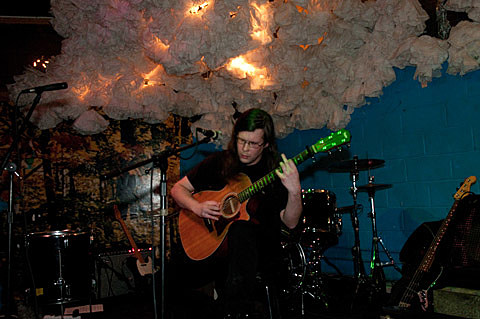 Kevin is primarily known for his strength as an guitarist for electric combos like Dysrhythmia & Gorguts, but lately has been playing acoustic guitar and ukulele. What about acoustic instruments do you find fulfilling as opposed to electric?

KH: I've always been drawn to acoustic guitar. My mother played folk songs on it around the house when I was little. It was the first kind of guitar I ever touched... that had a big impression on me. It's not that I find it more fulfilling than electric, it just allows for a different side of my personally to be expressed. I studied classical guitar, privately, for years, so I like to write music incorporating that technique. The baritone ukulele is a more recent passion. Something about the limitations of the instrument make it really exciting to write music on. It forces me to write simpler, and really focus on melody. And it's really light and easy to play shows with.

After that tour with Krallice & Bloody Panda, many people were left salivating for more Gorguts. What is the current status?

KH: We'll be touring Europe this August, hitting a bunch of the big metal festivals. A new album is on its way. It's just taking a bit longer than we anticipated.

How is the writing process for the new Dysrhythmia material coming along? Is the new album complete from a writing standpoint? What can we expect?

KH: Excellent. We have 8 songs written for the new album. We will be playing some shows in March and April, regionally, in preparation for recording. We'll enter the studio in May, with Colin Marston doing the engineering/mixing again, and it's scheduled for a late Summer/early Fall release via Profound Lore. I'm really excited about it. We keep learning as well go, and it's coming up on 14 years now. Expect it be a progression and improvement from the last one.

--
Religious to Damn at Glasslands (more by Nikki Sneakers) 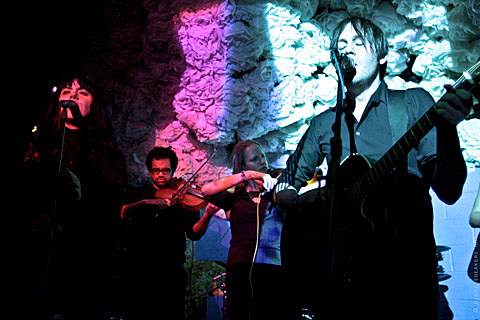 Religious to Damn recently released a new single, but are there any plans for other new material?

JS: Yes, we're pretty diligently working on a new record that we hope to get out by the end of the year. I wish I could reveal our new potential collaborator because I'm so excited about working with them, but things are still in the early stages so it's too soon to let the cat out of the bag. Soon, though...