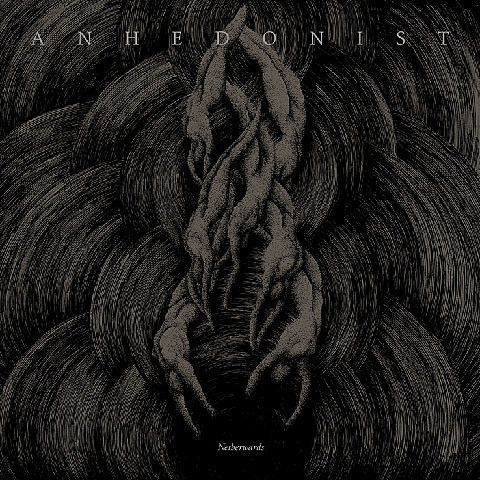 On the heels of the physical release of their impressive demo The Drear, Seattle death-doom crew Anhedonist have created a stunning statement with Netherwards, the band's first full-length and debut disc for Dark Descent Records (look for it on 4/10; vinyl is due via Parasitic/Nuclear Winter later this year). Beautiful and harrowing, introspective yet brimming with rage, soaring melodic doom and worm-ridden death metal, Netherwards is many things at once but undoubtedly a monolithic achievement, one that more-than-likely will be discussed at year-end. Stream "Estrangement" from Netherwards below.

Anhedonist were kind enough to answer a few questions regarding their formation, the LP, and the reverence of the demo within the underground scene. The answers, with the song stream, below...

How did Anhedonist form? What is some of the history behind the band?

The initial incarnation of Anhedonist began rehearsing in winter 2008. Initially it was a three piece, well two piece actually, with bass added shortly there after. Two of the three of us had played in a band years prior, so after our then current projects fizzled out or we lost interest in them, the idea of creating something new together only made sense. The first song on "The Drear" was one of the first songs we began playing with this line up. KH joined a few short months after, and this is the line up as it is today, and the line up as it shall remain while Anhedonist is still active. 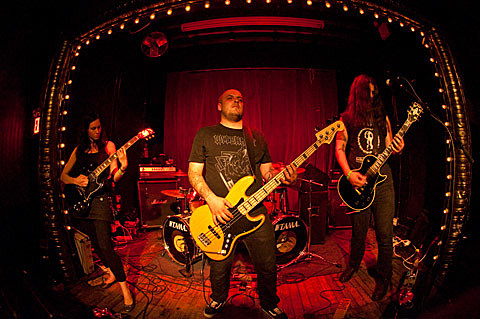 This is Anhedonist's first official release, not including the well-recieved The Drear demo, which was pressed on physical formats. While it must be flattering that the demo received an official release, what is your thoughts about The Drear now that it is in the rearview?

Writing and recording the songs that makes up The Drear was certainly a necessity, and as a demonstration recording, which is what it is, we still stand behind it. That said, performing those songs grew tiresome pretty shortly after the release of the cassette, writing new material began immediately afterwards. It was certainly an honor indeed for a label we respect as much as Parasitic to show interest in releasing our demo, pretty shortly after our first show ever outside of Seattle.

Netherwards is a giant leap forward from that demo. How much of the material existed in some form before the demo was created?

There may have been ideas here and there for the album that existed during the time of the demo, and some of those parts were actually structured for another song entirely, but no, the actual final songs for Netherwards were crafted over a year following the summer of 2009. Mostly only mutated bits of old ideas found themselves on Netherwards.

--
Anhedonist at Rites of Darkness (more by BBG) 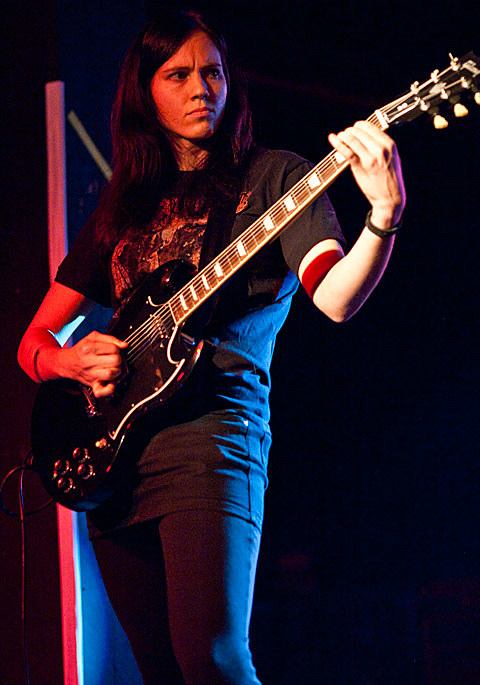 What were the goals for the new record?

The goals of the album are exemplified within it's content. Netherwards is the manifestation of exactly what we set out to create.

But from a standpoint of the listener, who is only aware of specific discrete moments from a dynamic entity, what did you set out to accomplish on Netherwards to distinguish itself from The Drear?

Netherwards is more focused, simplified, and direct than The Drear. While the compositions themselves are more varied, the essence of disgust, despair, and the absolute need to disolve from a lower, malignant existence is much clearer. The lyrics have been published this time around. The overall subterannean and tumultous atmosphere we aimed for on the demo was finally realized on this album.

--
Anhedonist at Rites of Darkness 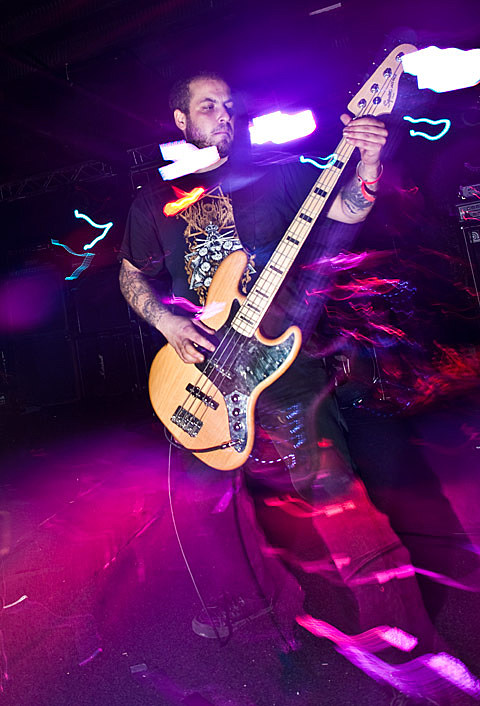 We currently have no tour plans that we can announce at the moment.

But do plans exist, whether announceable or not?

We have a very short West Coast tour planned for the summer. Details will be revealed when the time is right. 2013 may see heavier touring from us.

The DNA inherent inside any good band is to constantly progress past a singular time capsule. Considering the underground's "the demo was their best work" mentality, what are your thoughts as a band trying to evolve and this manner of thinking?

The only solution for us is to tirelessly create. That isn't to say to crank out release after release, but to continue to explore avenues and ideas of interest to everyone in the band, perhaps only touched upon in previous material, and to keep crawling downwards into the core of the foul presence spawned this band to begin with. 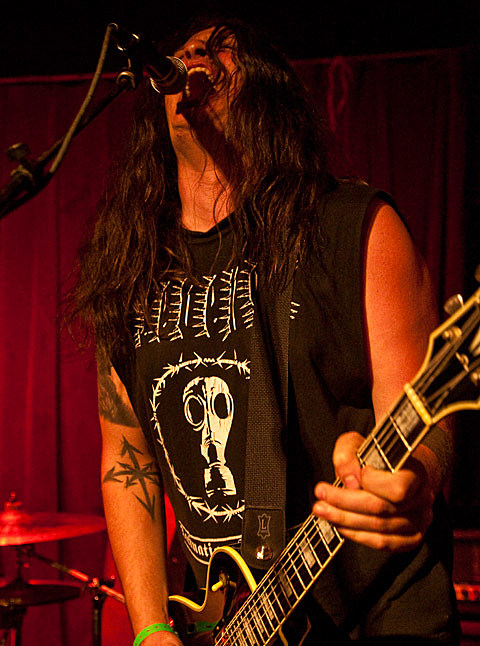 You guys are young band now, but what bands that tour actively and can play a bigger circuit would you like to share a stage with and why?

We are more than content with the tours we have participated in, and the ones planned. There aren't many aspirations towards touring for more exposure or anything like that currently, and our particular style probably wouldn't go over too well in to a more diverse audience. Our aim is to perform with people we have respect for and hopefully have respect for us. The tours we have done so far have been with bands we have been in contact with in some way or another, and most likely our tours will remain like that in the future. We book everything ourselves and that is a suitable arrangement for now.

--
Anhedonist at Rites of Darkness 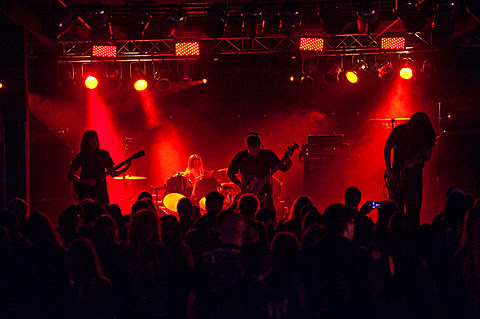 Thanks to Anhedonist and Dark Descent