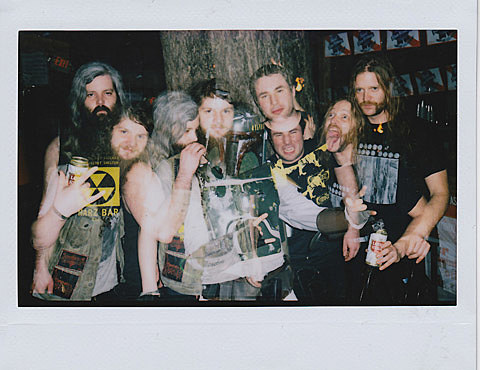 Brooklyn band Mutilation Rites have gone through their share of shake-ups, but it seems everything is coming together at once. With a well-received demo and split with Batillus, and the recently released I Am Legion (via Gilead Media, stream it below) in the open, the black metal quartet now have a stable lineup with the recent addition of Ryan Jones (Today is The Day, Wetnurse) on bass and are poised to release an oft-delayed 12" via Forcefield, as well as their much-anticipated debut long-player, Empyrean, with new label Prosthetic Records. "Fogwarning" from that album makes its debut here. Preorder Empyrean and stream "Fogwarning" along with another track called "Realms of Dementia", below.

We asked guitarist/vocalist George Paul a few questions about Empyrean, being a band in New York City, and the road. The results are alongside all streams, below...

Give a brief history on the band... formation etc.

George Paul: The band started with Justin and Mike meeting up wanting to start a black metal band. Back then the band was a five piece. Eventually through a bunch of line up changes we've ended up where we are. I was originally just a fill in touring bass player, but we did some member swapping.

Empyrean is your debut release for Prosthetic, but you guys are no stranger to the studio. What were some goals that you had going into the studio with Kevin (of Triac) at Developing Nations? What was the experience like working with him?

Recording with Kevin is like having a band practice with your buddy and then a sweet record comes out. Kevin is so amazing to work with, really laid back, while also ensuring a fantastic recording gets done properly. It was the most natural feeling recording session I've ever had the pleasure of doing.

One recurring theme within Mutilation Rites is lineup changes. You recently added Ryan Jones as bassist, who has a background in many different types of bands but less so in black metal. What does Ryan bring to the table as a musician and as a person?

Being in an active touring band is more than just having a member who is good at their instrument. Ryan is a phenomenal bass play and killer dude to spend hours and hours in a van together with. He's the king of troubleshooting and always keeps a cool head whenever something bad happens on the road, gear or van issues or whatever.

Outside of the large amount touring that you guys have done, a lot of your early successes can be attributed to your well-received demo. What are your thoughts on the recurring underground view that "their demo was better?", whether true or not?

A lot of that is just metal elitists posturing to know more about "so and so's" band. Obviously it depends on the band. Not every demo is better than any full length, and it would be absurd to try and argue that. In the end shit like that doesn't really matter. Just listen to some rad records and quit whining. 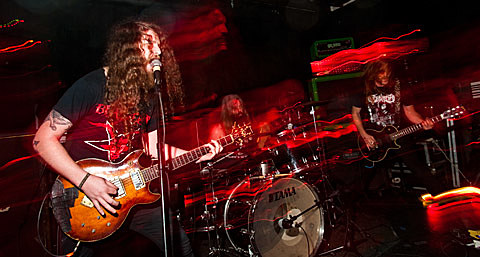 Who are you most excited to see at the Gilead Media Festival next weekend?

I personally cannot wait to see Loss, but the entire festival is completely stacked with killer bands. It's going to be insane and I can't wait to play it.

You guys are road dogs for sure. What dates do you have lined up in the near future?

After we get back from this tour right now we'll be taking the summer off to save up for a new van and start writing for our next record. Come September we will continue our relentless touring.

As a member of the NYC metal community, you know there are plenty of bands that get overlooked in the grand scheme of things. Who are some young metal bands that NYCers should be looking out for?

Ruin Lust is my current favorite band in NYC. It makes sense that it's the same drummer from Fell Voices. It's refreshing to see metal band playing something akin to war metal so furious with no riffs to apologize for.
Also Trenchgrinder is pretty bad ass. To me it sounds like Bolt Thrower with Lord Worm singing. It stands to reason that Bill, Denis and Robert from Attake would start a band that ripping.
And of course Robert plays in Mutant Supremacy, who if you don't know yet and live in NYC and call yourself a death metal fan, you're seriously missing out. 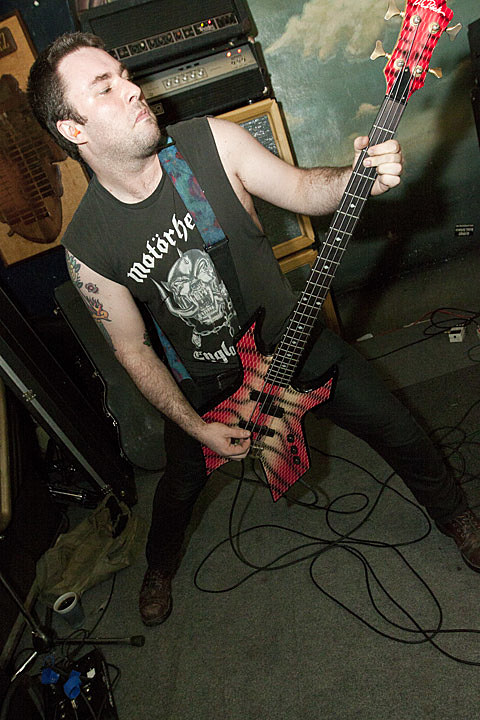 Like most musicians in NYC, you guys are involved in a few different bands. What are some of those bands and what are some short term plans for each?

Justin and I play in Concussion which is a thrash metal band. Its a band that we all do when we have time between our busy schedules. Ryan plays in Today is the Day and will be playing MDF this year. Justin also plays in Skelptarsis.