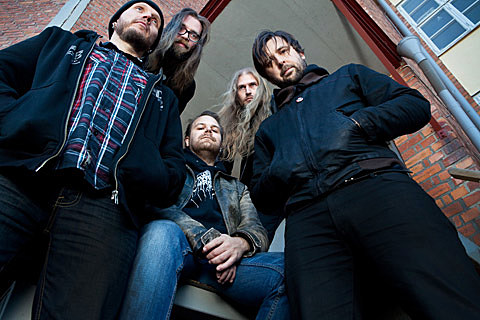 When Nasum were active, they were at the forefront of Swedish grindcore. They took the best from their peers in Sweden's fertile death metal and punk/dbeat scenes and viewed it through the lens of grindcore. As the new millennium approached, the work they began in 1992 was beginning to pay off, releasing acclaimed records Shift, Helvete, and (personal favorite) Human 2.0. The band came to an end, tragically, when vocalist/guitarist Mieszko Talarczyk was killed in Thailand from the 2004 Indian Ocean tsunami that also devastated Indonesia, India, and Sri Lanka. His death brought the disaster home for Nasum and their fans, as the group had lost the man largely behind the group's furious assault.

It was all but assumed Nasum would never return in any incarnation when the band broke up for good in May 2005, three months after Talarczyk's body was identified. They never gave their fans a proper goodbye, so they're doing just that starting later this month with a limited amount of live dates, including this Thursday's show (5/24) at Europa, and appearances at Maryland Deathfest and Chaos in Tejas later this month. Rotten Sound's Keijo Niinimaa will step in on vocals. Even though Talarczyk is irreplaceable, this may be the only time that some fans get to see the band in any form.

In anticipation of their upcoming BV-sponsored trek, I spoke with drummer Anders Jakobson, who also had tenures on guitar and bass in the band, on the details behind the reunion and Nasum's legacy. That conversation is below.

Why is Nasum reuniting? Did you feel like there were things left unsaid after Mieszko's passing?

We're reuniting to quit for good, which might be an odd way of doing it, but that is the plan and we will stick to it. The official end of the band in 2005 was the right thing to do at the moment, but it always felt like someone pulled the rug from under our feet. This isn't what we wanted and certainly not what our fans wanted. Everyone was unsatisfied, and now many years later it felt right to do the proper farewell.

Were you offered any "final shows" before these? If so, what was it about these shows in particular that made you agree to do them?

Not really. There has been some fan requests ("come and play in [insert town here]!") but no proper offers. No one knew that this was happening until we announced that we would return. The shows we're going to do now is what we've been offered since the announcement and it's a collection of places we really want to play and places that makes sense as we're trying to cover as much of the world as possible. 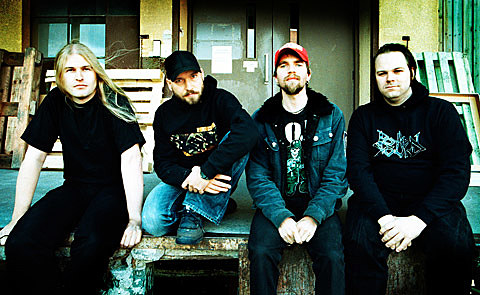 How are you physically and mentally preparing for these shows? What's the vibe of the rehearsals?  How does it feel to settle into the old songs without Mieszko present?

We've rehearsed on and off for almost two years, but it felt good even at the first rehearsal. It was fun to dig forth the old Nasum stuff from the inner archives and play the songs again. Enough time has passed since Mieszko's death and his absence hasn't been a factor. It was actually just recently, during one of the last rehearsals, that the thought really hit me for the first time: we're playing and Mieszko isn't here. But obviously he's present in the songs and will be "with us" in some way or another during this final stretch of Nasum.

Nasum has a lengthy back catalog. Was it difficult to construct a set list for these shows?

Both yes and no. We rehearsed about 40 songs before we started to cut it down to something a little bit more convenient to handle, but it was actually quite a long process until we came to the final set list, that covers everything and even includes a few surprises. So now we just hope that it works for the audience as well.

What made you go with Keijo Niinimaa on vocals for these shows?

We needed a singer who understood what we were doing, why we were doing it, and that preferably had some sort of closer connection to the band. Enter Keijo: Rotten Sound has been around for the about the same time as Nasum, we've toured together and Mieszko recorded a few of their albums. Keijo was the guy we kept coming back to when we were discussing possible singers, and the only one we offered the job to. And thankfully he accepted the task and is now a part of Nasum history.

What do you feel is the definitive Nasum statement as far as albums are concerned and why?

All of the albums mean something special to me and to the history of Nasum. Inhale/Exhale is a solid first album from a band who didn't know how to make albums and became a success neither we nor Relapse could imagine. Human 2.0 is the one that shows up in different "best grindcore albums" lists and perhaps was the start of "grindcore 2.0". Helvete is the prizewinning album and probably my favourite of them all, and "Shift" was the beginning of something new. Or whatever. That being said, I think Grind Finale is definitive statement as it has songs from all the studio sessions, displaying the bands development from the early, youthful and not particularly original underground years to the musical end of the band.

What is the legacy of Nasum, overall? How would you like Nasum to be remembered and why do you think your music has remained relevant for as long as it has?

Nasum is already in the history books when it comes to grind. We are one of the ten bands that's always mentioned, and obviously it feels equally good and bizarre that we reached that kind of status. It was not expected when the first songs were rehearsed on a guitar with no distortion back in 1992! I think the secret to our success was that we made our grindcore a little bit more accessible without forgetting the grindcore essence.

Who are you most looking forward to seeing at Maryland Deathfest and Chaos in Tejas and why?

I never been to either one of these places so I'm looking forward to experience them in all possible ways. But if you're looking for a band name... Well, Godflesh plays at MDF and they've been a band I've liked a lot since 1990 but never seen live, so that show I can't miss!