Ross of Ceremony at Terminal 5 (more by BBG) 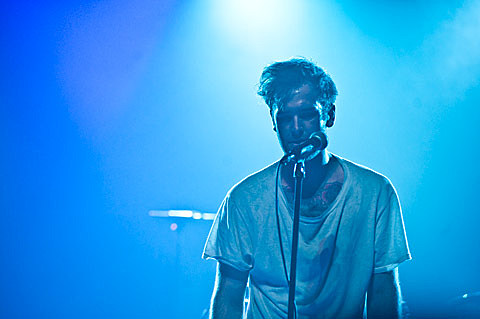 The shirtless guy climbing on the PA, screaming in some kid's face or writhing on the stage floor is Ross Farrar, frontman for Ceremony. The California punk crew released their latest LP and Matador debut Zoo this year and like their recent output, sees the band branching further away from their early powerviolence and into garage, melodic punk, and indie. Ceremony headlines Warsaw tonight (6/14), alongside a killer bill of Citizens Arrest, Royal Headache and Magrudergrind (tickets are still available, or use your Northside badge).

We sat down with Ross Farrar to ask him a few questions about Ceremony, punk vs indie, and what's next for his band. You can read it below. 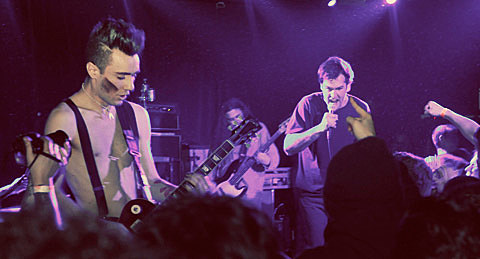 I was introduced to Robby Morris by my friend Zed Cutsinger, while we were in town playing a show at Death by Audio in NYC. We hit it off and slowly as the year went by, Robby started showing up at different Ceremony shows, and it sort just fell into our laps. Robby was asked by everyone at Matador what band he wanted to put out next and he said, Ceremony. So, from then on we started to talk. It wasn't like we were pushing for Matador or something, it just sort of came about that way.

Lately you've been paired with "indie-friendly" hardcore, metal, and, in the case of one band on the bill on Thursday, grindcore acts. Is your goal to eventually be the most raucous band on the bill at Lollapalooza?

No, we just want to play with bands we like. It just so happens that lately we've been blessed to play with rad bands. This is mostly due to having Andy Nelson in the band. He has amazing taste and knows exactly what we like, want, respect. Thursday's show (tomorrow) is going to be fantastic. ROYAL HEADACHE! 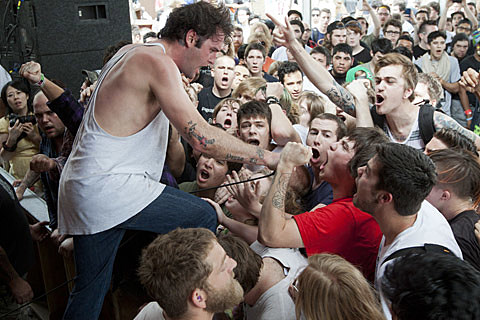 Zoo is decidedly less punk-rock in sound and style yet also the most punk-rock in approach (to borrow a term from Digital Underground, "Doowutchyalike"). One thing that fascinates me about Ceremony is the adverse reaction from the punk community, a sect that prides itself on being "outside of the mainstream" but yet in itself has its own "rules". All of that said, what are your thoughts on the state of punk rock today? Conversely, what are your thoughts on how the word "indie" somehow circumvents the hardcore/punk community?

Things are very interesting right now. I put a lot of weight on the idea that the internet has sort of complicated things in the music world. Complicated meaning: people are getting music at hyper speeds, and I think that causes confusion, or maybe mental blockage. You can hear tons of different bands in one day, and I think it's getting harder to classify things. Also, we have this gigantic genre pool to choose from. We can listen to bands from the 50's', 60's, 80's and so on, and many of us would have never heard this stuff unless the internet was invented. 'Indie' rock being 'independent' music, is similar to punk or anything revolving around DIY ethics. These days people associate 'indie' rock as anything with soft vibes, but whatever, I call a lot of stuff punk, or hardcore that a lot of people wouldn't call punk or hardcore, and the same goes for 'indie' music. So many bands are getting clumped into 'indie' but really that's fine with me, it's just independent music. Semantics man, what can you do?

Ceremony at BV/POTR (more by BBG) 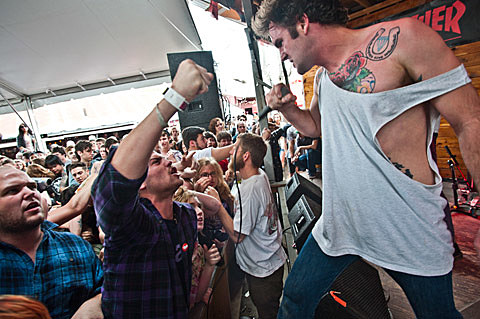 You've stated in previous interviews that you wanted to "get weird" on Zoo. How much of that "oddity" came from inspiration taken from other bands that we might not expect?=

Hahahaha, it's all stuff you'd expect - The Fall, Fugazi, Pixies - stuff like that, but I was also listening to other stuff - The Dead Beats, The Astronauts, Wu-Tang, Koro...shit like that.

You've espoused your thoughts on hardcore on the fan favorite "Sick", but who are you sick of nowadays?

You guys are on an "every other year" cycle for releasing LPs. What can we expect from Ceremony in 2013 and into the future?

All of us are making music in our spare time, as in - sitting in our rooms late at night and making stuff we think is cool. What we think is cool usually doesn't correspond with what other people think is cool, but somehow it sits dormant for awhile and people start to come around. I think people are going to be surprised with our new stuff, surprised in a good way. Some of it I'm obsessing over right now. 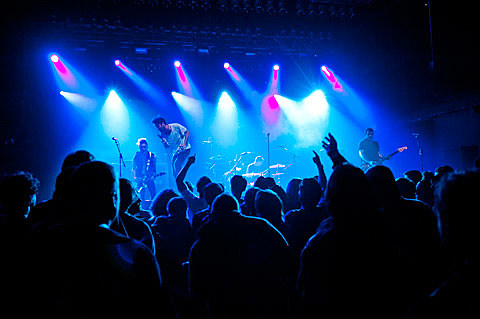