Codeine back in the '90s 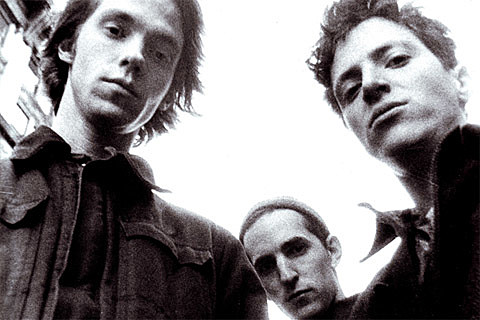 Tonight marks the NYC return of Codeine, the highly influential 90s slowcore giants that released two beloved LPs and an EP before fizzling out in 1994. The band, now on tour, will play its first show in NYC in 18+ years at Bell House and tickets are still available. If you can't make it, don't miss them at LPR on July 15th (tickets).

Codeine's collective works have been reissued on in a fan-friendly format via The Numero Group (order yours). In celebration, I chatted via email with Stephen Immerwahr and John Engle about the reunion, their intentions, and where the darkness comes from. Read it below. 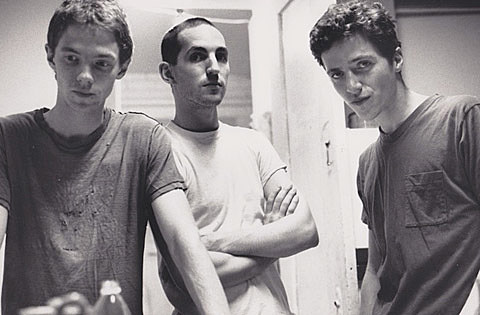 Was the ">ATP offer the catalyst for the reunion shows? Or was that in the plan all along after the reissues had been announced? What was the genesis that sparked the live reformation?

John Engle: We had actually been saying no thanks to ATP for years. We considered ourselves done as a band and didn't see the need in getting back together just to play a show. When Numero first approached us with the idea of putting out a deluxe box set, we were a little surprised by it, but once we saw how big of a deal it was, and how much care and effort Numero was putting into it, we realized we had to play some shows.

How did the practices come about and what was the camaraderie like once you sat in the room together?

Stephen Immerwahr: John and I have been close friends for 25 years, only four of them in Codeine, so it's better than just easy to do this. And we see Chris all the time (although less since he moved to Seattle). Still, the music process isn't any easier: last night we were arguing about something I was hearing that no one else could hear, which isn't new. But that's not why the band broke up! 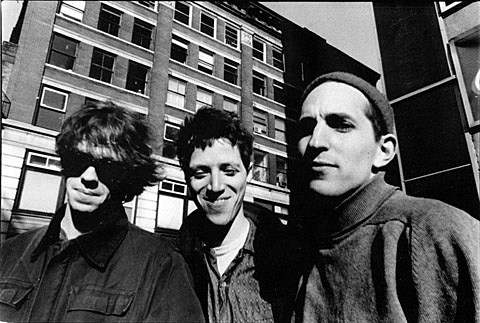 There is a darkness coupled with raw emotion to Codeine was rather unique to the period. What was your inspiration for then as far as other artists are concerned, or how much of the material was a catharsis for personal demons at the time?

SI: I never felt haunted, just that everything seemed out of reach, impossible. It's hard for me to remember the specifics, but I can sure recall the angst. Codeine didnt make that any less, and maybe even contributed to it. Influence-wise, Iwas always a big Dusty Springfield fan and I used to think, if I could only make a record that sounds as good as a Dusty 45 slowed down to 33, that would be great.

Will the reissues be the definitive Codeine? Are there any other tracks to speak of? For long-time fans, will there be a rarities that collects these tracks into a single release?

JE: This IS the definitive Codeine. Our output was fairly modest, we had to empty out the vaults to come up with 52 Codeine songs.
Ok, there are a couple things still floating around our there, but that's for the die-hard collector who doesn't do anything other than scour the Internet to find.

What are your thoughts going into these shows? Is this truly a last hurrah or more of a "play it as it goes" thing?

SI: This is it. And if playing these shows weren't so rewarding (maybe even enjoyable!), the question wouldn't come up for us, which it has. My excuse is that I can't take more time off from work. I'm willing to consider it again next century.

What comes next?
SI: The West Coast, a final New York show, and then back to listening to Akiko Wada all the time. (Which I do already.)

Many thanks to Trevor and Codeine. Check out their full list of tour dates.