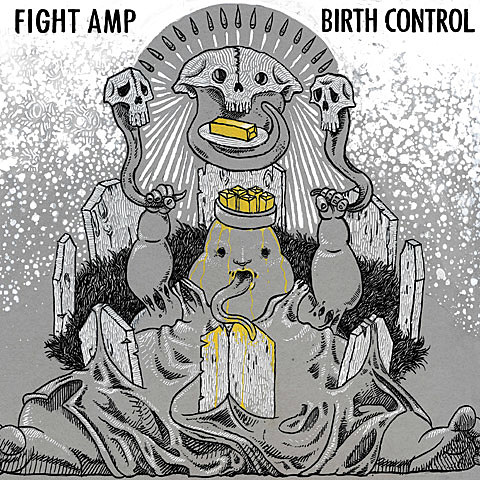 Philadelphia noise-punks Fight Amp are back with their latest LP Birth Control, which hits next week (9/25) via Translation Loss. The record, their third overall, sees the band wading in the same Am-Rep-y infested waters as previous releases but this time with a stronger sense of melodicism. Stream the entire LP for the first time below.

We sat down with Mike McGinnis of Fight Amp to ask him a few questions about the new record, future touring plans, and more. The results of our conversation are below.

Fight Amp has been chugging along for eight years. Did you always have a vision for the band from the outset? How has that vision changed over the years?
Mike McGinnis: Yeah, it seems like just yesterday that we started this band, and this January will be the 9th anniversary of our first show. Time flies. I've spent every day in my 20s playing in this band and as it looks now it'll probably continue into my 30s. We definitely had a vision when we first started, but we far exceeded the goals we set for ourselves back then. At the time it was as simple as "find reliable band members, tour, make records." We were able to pull those things off within the first year. I think our vision and goals change every couple of years as we meet the goals we set for Fight Amp. Our vision now is simple, and it's to take steps upward on all aspects of our band, including branching out in songwriting, touring worldwide rather than just North America, and getting more and more people to hear us and dig our records. 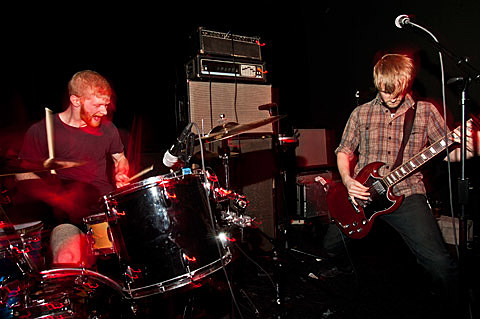 Birth Control is your first LP in 3 years and 3rd overall. What were your goals for the record heading into production? How did the results of the first two LPs and the splits/EPs before it help change the way you approach the record?
Birth Control was the first record that we had bigger goals than just a specific production style. We went in with a very album-oriented plan this time, and we wanted to add more peaks and valleys for people that would be listening to the record from start to finish. We wanted to add different found sounds and odd instruments here and there as well. A couple of the songs and in-between tracks that we recorded have piano, slide-guitar, percussion on the heating ducts in the studio, a drill, an electric shaver, tambourine, and a bunch more found sounds here and there. All of our other albums, which I'm still a fan of personally, are really just groupings of songs that came together because they worked well in that order. Knowing we wanted to push past that same formula it was obvious to us that the next step was to be much more album-oriented this time around. 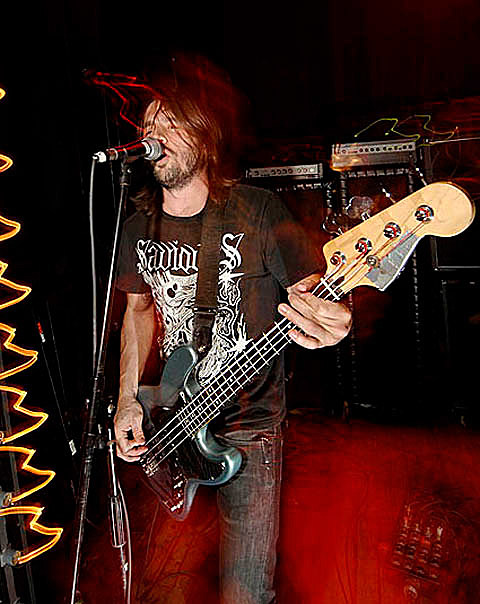 Do you have additional songs in the can and if so, are there any other releases on the way?
We've been writing for sure, but it's just some stuff we're keeping in the arsenal until our next recording plans come along. Right now our goal is to push and tour on Birth Control as much as possible. We've only played half of the songs from the new record live so far, so we've got a lot left in the tank from this new one still. Hopefully we'll be putting plans together for our next release next year. We're actually on a little writing hiatus right now as we're learning a Dead Kennedys cover set for Halloween in New Orleans in which we're playing four or five songs from Plastic Surgery Disasters.

You have headed on the road several times in the past. Do you have any plans for an upcoming tour for the near future? I see that Fun Fun Fun is in your trajectory.
We've done at least one major tour every year since we've started, most years doing two or three. We plan on touring for Birth Control as much as possible. We haven't announced dates yet, but we have the Birth Control release tour going from October 19th to November 11th in which we'll hit CMJ, The Fest 11, and Fun Fun Fun and a bunch of awesome shows in between. I think we'll have that announced next week, so keep your eyes peeled.

No man is an island, and no one listens to just heavy music... I would imagine as someone surrounded by it, you probably listen to it less and less. Do you feel like most of your songwriting influence comes from different avenues as of late? It seems as if Birth Control, while still heavy, is more "poppy", though still maintaining your sound, than Manners & Praise.
I would think most heavy bands probably listen to just a sprinkling of heavy music here and there. While we're all certainly fans of our heavy contemporaries and earlier influences, I rarely find myself spinning their records on a daily basis. Don't get me wrong, a lot of my favorite records are heavy records, but those records are mood records, and as someone that has music playing pretty regularly, it's tough to be in that mood all the time. A lot of our influences come from non-heavy bands, especially when it comes to song structure. We obviously wear some heavy influences on our sleeve, but the ones that we don't wear on our sleeve when it comes to our sound are bands like the Pixies, Sonic Youth, Alice Cooper, CCR, Talking Heads...the list could go on and on.

Fight Amp has been offered an opening slot on their dream bill as first of three. Who are the two bands that play directly after you and why do they mean so much to you?
Goddamn, never really thought about this one. That's a heavy question to spring on a man before noon. Since you said "dream" I have to assume it is a dream, so I can pick defunct bands and/or bands with deceased members... in which case it's tough for me to not say Dead Kennedys and Nirvana. Those two bands are personally responsible for getting me into punk rock and metal and every heavy genre spawned by those two genres. If we're talking reality though, I suppose I'd say the Pixies and Sonic Youth, really for the same reasons as above, but those guys are still playing together (then again, what band isn't these days that still has their members living and isn't called The Wipers?). 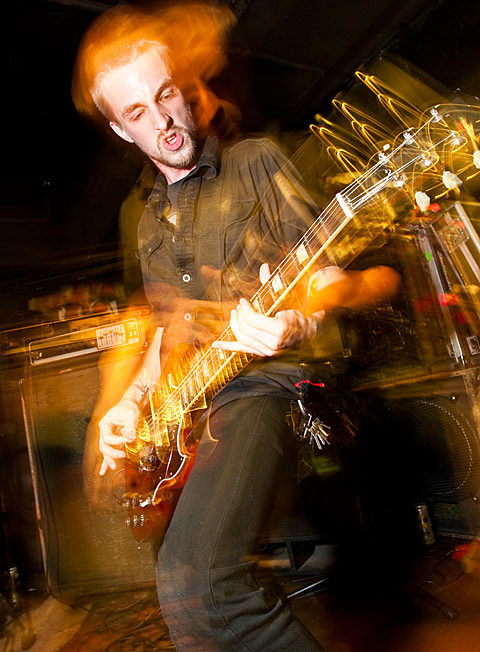 What was your gateway into heavy music? Did the strong NJ Hardcore scene pave the way? Do you remember a specific record that sent you down this path?
Like I said before, Nirvana was largely influential in getting me and the other Fight Amp dudes into heavy music, mostly through researching them when I was a kid and being introduced to the Melvins and other northwest/Chicago/Minneapolis bands of that era. I'd also have to say skateboarding was largely responsible as well. Skating got me into Black Flag and a ton of punk and metal bands. The NJ hardcore scene definitely paved the way a bit, but we were more exposed to the Philly version of that, which was more diverse and included bands like Ink and Dagger, whose records are still a huge influence on us. I think bands like Lifetime and Floorpunch played a part in my teenage years for sure, but bands like that would play pretty diverse shows here in Philly back then, and you'd often see hardcore bands paired with bands like Orchid, Deadguy, His Hero Is Gone...while all those bands are hardcore-leaning here and there, they're definitely far outside of the NJ hardcore/posi hardcore scene. As far as a specific record, I can't say I really remember.