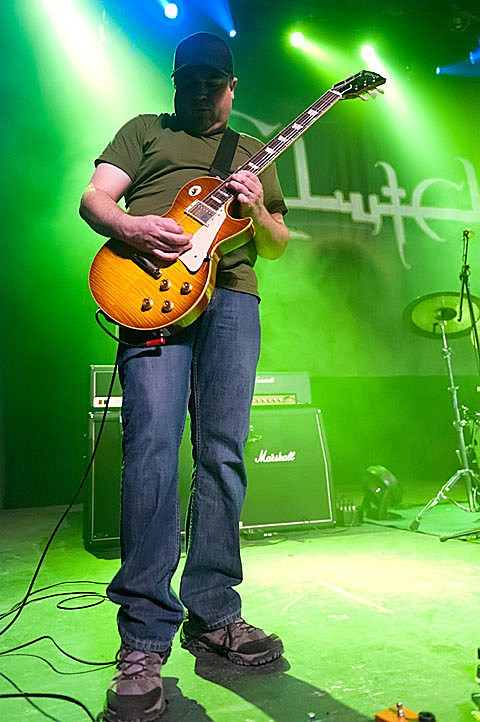 One of my first ever live shows (not including arena jams with mom and pop) was seeing Clutch at the original 9:30 Club in DC. I remember it vividly, vocalist Neil Fallon strutted on stage and sang like he was reading from a bible, ripping out page by page and throwing it into the crowd. Along with the thundering groove-oriented instrumentation, that left quite an impression on my young mind (early teens at the time), as did Transnational Speedway League's mix of hardcore and stoner metal. The early days of Clutch, the always bountiful DC hardcore scene, and another little semi-local band from the area, The Obsessed, helped form my early tastes.

It's hard to believe that show was close to twenty years ago and that Clutch is approaching a quarter-century as a band. Older is wiser in my book though, and the Maryland stoner/hard rock crew are back with Earth Rocker, their tenth LP due on March 19 via their own Weathermaker Music imprint. The LP is definitely a departure from their last few efforts, which climbed further down the blues rabbit hole, and a return to the band that penned riff-y rockers like  the ones found on their self-titled, The Elephant Riders and Pure Rock Fury. We've got the premiere of the new album's title track which you can stream below.

With the band's new LP on deck and more than two decades behind him, I cornered Clutch guitarist Tim Sult to ask him a few questions about the release and their history. You can read that below.

One of the most impressive things about Clutch is your prolificacy, the ability to release records at the rate of every other year on average. What was the process behind Earth Rocker and why the (relatively) extended wait?

Basically, we had been compiling songs and song ideas since we finished Strange Cousins From The West. Anytime we have time off, we have a tendency to get together and work on new song ideas. In the time between studio albums, we were busy touring and didn't have a lot of time to get serious about the recording process. We did however, go into the studio with J. Robbins and record several acoustic songs, a few of which were released on the Blast Tyrant reissue.

The recording process of Earth Rocker went very smooth. We got into a room with the producer, machine, laid out all the ideas, tweaked the arrangements a bit, tried out a few more completely new ideas and next thing we knew we had 14 songs ready to go, 11 of which appear on the album.

2013 is the 20 year anniversary of Transnational Speedway... and marks the release of your 10th LP overall. 2015 will mark a quarter century as a band, a definitely impressive feat especially considering that the personnel has remained more or less intact since the very early days. To what do you attribute your longevity as a unit?

To me, Clutch has seemed to be a constantly growing entity with new people always discovering the band. The fact that I know that new people are discovering our music for the first time and the fact that old fans still come out to the shows keeps me inspired. Our shows have gotten very, very slowly bigger and better so that helps to add to the longevity. 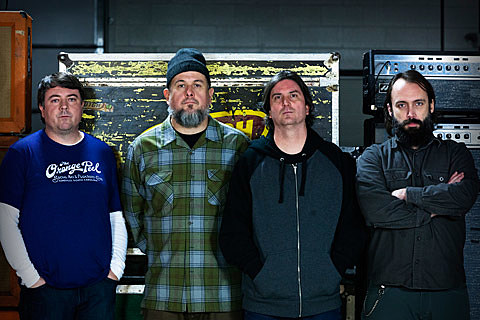 With this milestone coming up, are there any plans to, much like the trend is nowadays, revisit an album in its entirety? What are your thoughts on that trend?

We played our 2nd album in its entirety a few times but I think that's as far as its going to go. I have no problems with other bands doing that at all but honestly I can't imagine us ever attempting that again. I think the only album that we could really play the whole thing and have fun doing it would be Earth Rocker.

Looking back on your inception, how much did the work of Wino and the Maryland Doom scene affect you vs the booming DC hardcore scene?

I moved to Maryland when I was 14 and discovered hardcore at 16 or 17 which I loved. I didn't know who Wino was until I was a little older. I would say the MD doom scene, and wino's music in particular didn't creep into the fabric of clutch music until the mid-late 90's. 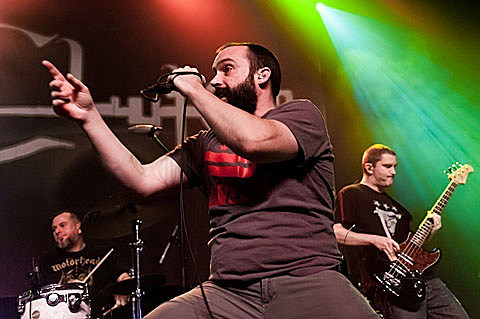 Clearly blues and jazz are an influence, as exhibited by Clutch's music and the songwriting on Bakerton Group releases, but how much of a role does 70s hard rock and doom play into your current songwriting? What moves you currently?

Of course we love 70's hard rock and doom, but we aren't and never were trying to be a retro band. Looking back on the song writing process of Earth Rocker, I've discovered the song writing was primarily influenced by our time touring with Motörhead and Thin Lizzy -- obviously 70's bands I know, but I think we managed to come up with an album that sounds like a 2013 release and not something that belongs in the past.