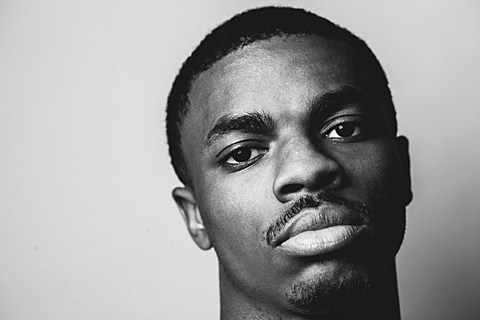 It's not surprising that Vince Staples didn't mince words when we recently spoke over the phone. Quiet but in no way reserved, Staples speaks with the same clipped tone that provides his delivery as a rapper one of its most distinctive qualities. Aside from the Long Beach native's unadorned method of exposition, his lyrical content itself is perhaps the most disarming of the 22-year-old rapper's characteristics. Releasing a handful of mixtapes starting with 2011's Shyne Coldchain Vol. 1, Staples offered listeners a preamble of sorts with last year's Hell Can Wait EP. Garnering well-deserved notice not only for its improved production but primarily because of the rapper's unapologetic candor, the 7-track, 24-minute EP was a jarring glimpse at how confrontational the rap genre can be without overselling the message by egotistical grandstanding.

With this year's release of Staples full-length debut, Summertime '06, Hell Can Wait plays like a cautionary tale foreword to the powerfully unnerving narrative Staples is able to evoke without needless sensationalist tactics. Similar only in its scope, Summertime '06 like Kendrick Lamar's How to Pimp a Butterfly is not so simply a retelling of the black American narrative from a 21st century perspective. An hour-long trek into the vulnerability, bitterness, and apprehension at the core of Staples' own self-doubt, Summertime '06 could have very easily toed the mainstream hip-hop party line of cocksure self-aggrandizement. It's not to say that Staples doesn't exude his own kind of confidence, but rather that his self assuredness originates from as much failure as it does success, as much fear as courage.

Though autobiographical in its concept, Summertime '06 doesn't ostracize listeners with unclear translations of Staples' experiences. Instead, in calculated lockstep method, the rapper finds a common thread through the lenses of adolescence. For Staples, gender, ethnicity, class, and all manner of socioeconomic backgrounds are no more daunting of a reality for anyone than the American adolescent. While unsurprisingly dismissive of and casually indifferent to his own merits as an artist, Staples betrays an immediate passion when we discussed that concept in our recent conversation:

BV: With Summertime '06 there's been the assumption that you're being self-deprecating, but do you see it more as self-awareness because you are in this constant state of critiquing your lyrics and delivery?

Vince Staples: Honestly, bro, I don't even think that far. I make the music, and my model is big enough for that. I don't think it would have taken off if it weren't for that. And if it comes across a certain way, or gives off a certain energy, people have to understand that I make it in the moment. The way people perceive it or where it comes from is open for interpretation. I mean, I won't say I'm self-aware or anything else like that. I'm just myself. You make the music you need to make, and I need to make my music.

When you say in the moment, where is that for you?

That's just life. Life is a series of experiences or adventures, and that's what music should be, no matter what those experiences have been, it has to be something derived from the heart. I just know that for me music is something that's personal most of the time. These are my experiences. I'm sharing that. It's something that's very personal, but it's no different than anyone sharing what their path has been.

More than a few writers have declared you as the second coming of 90s hip-hop. What's your perspective on that just in terms of that kind of compartmentalization?

Can't front that. I don't listen to old school hip-hop at all. I don't really revisit it. I can appreciate it, but that's not who I am. Having a reference point is a good thing, but let me just be myself. I don't particularly understand where that comes from at all, but I can see why people try to do that, I guess. I'm not particularly fond of it. I don't particularly dislike it. I mean, I'm just very indifferent about that kind of thing. It just makes completely no sense. Show me what old school hip-hop means or even sounds like.

A lot of your lyrics involve a sort of retrospective nature where you're looking back but also setting those experiences in the relevance of the present. Is that something you're aware of when you're writing?

I understand why people would automatically assume that I have that kind of nature. I also understand why people would think that I am not of that creed, so to say. I don't know, man. I'm just negative in that sense of what I see around me and how it hasn't changed much. I think for a lot of people it's one of those personality things where they kind of feel ignored. Some people you see need that attention or affirmation or what not. I'm not a fan of that type of notoriety, so to speak. I've never really been that type of person.

photo: Vince Staples at the Theater at MSG in September (more by PSquared) 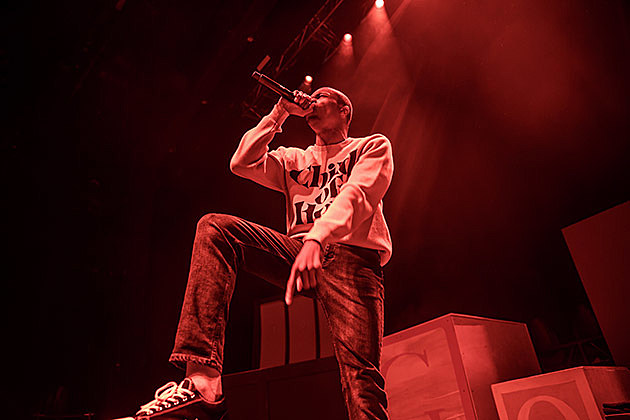 There are a lot of references to adolescence in your music. Do you see that sort of medium for telling your story as being more relevant in American culture as it is now?

I don't really make any adult references in my music; after all, most of my listeners are kids. I learned that as you get older, the more things you have to do. Where we're from, there's a lot of stuff going on. It's a lot harder for kids nowadays. A lot of what they think about themselves comes from these places where it shouldn't. Adults have the privilege where they get to say that they have better things to do than looking at social media or, they say the Internet is the devil, and that they have so much other stuff going on that a lot of people don't get. But kids, they don't get that life where they can choose or know the difference. They're being told who they are or what they do. We write that on the Internet. Unfortunately, they value themselves based on what others think about them based on the perspective of the society they live in. I feel like a lot of kids do want to have more help nowadays to understand where they fit in all of that. It's just harder.

Certainly. There's a kind of idea that's being pushed by the media and even by musicians for kids to have a persona rather than an actual personality or individuality, and it's honestly something that extends beyond ethnicity and really boils down to poverty.

Yeah, man. For me it's definitely more than just black kids. It's poor kids. If you want some recognition you can always figure out a way to feel better about yourself with rich parents. With these poor kids their life is all about showing what you got on Twitter or Instagram or whatever. Everything's a competition nowadays and it's just not fair to kids that don't have money. Imagine a kid who doesn't have any money, who doesn't have nice clothes. What does their Instagram look like? That's what we measure each other by. You know what I mean? Poor parents can't afford to get them a smart phone. How should they figure out who they are nowadays. That's really where a lot of the problem is on the Internet. Some people just don't have the ability to look like they're the shit online, and when that's the only self you can be by society's standards, what can you do?

One thing I found interesting about your biography was that rapping was not really something that you had foreseen as an adolescent. What were your plans at that point?

I don't know. I haven't really thought about it. I'd probably have been looking for money. I was definitely getting in trouble a lot.

As far as going back to that summer in 2006, looking back at that kid that you were and the person you are now in 2015, how much difference is there in those two people from your perspective?

Actually none. It's not about changing. It's about the continuation, like there's no change just the continuation of what that person was. I wouldn't change if I could. You're always that person. And I think that's a good thing, these experiences make a difference. They shape you as you are and that doesn't change. 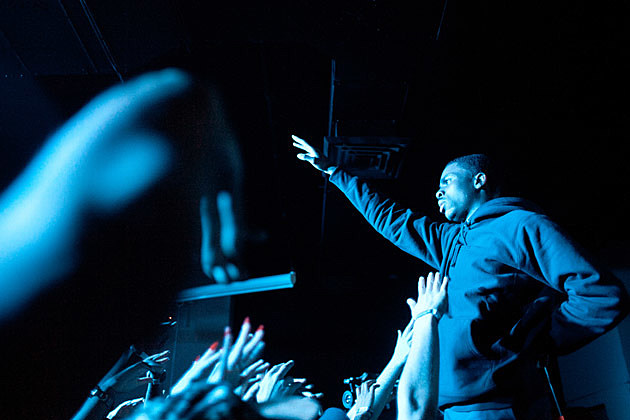 Vince Staples is on tour now and returns to NYC on December 9 at Music Hall of Williamsburg. Tickets for that show are still available (but won't be for long).