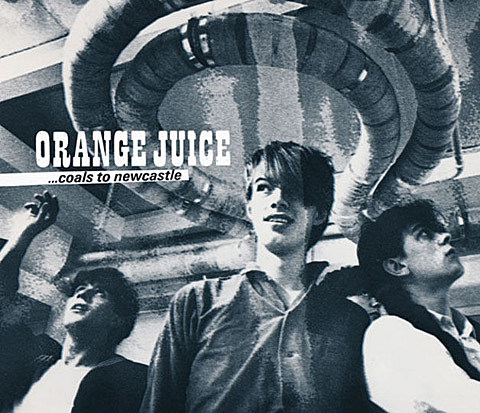 In what I hope (but don't promise) to be a regular feature, I'm gonna recommend a couple notable new reissues. What with the holiday season it full swing, either of these would make good holiday presents for the serious indie music lover.

Firstly is Domino Records' new Orange Juice box set, Coals to Newcastle, that compiles nearly everything the Glasgow legends ever recorded. (The single mix of "Rip it Up" is mysteriously absent.) This marks the first time 85% of this material has ever been released in America. Polydor reissued their albums on CD in 1997 but they fell out of print almost immediately. You can now chart the band's progression from their shambolic, jangly beginnings on Postcard Records through myriad line-up changes and transformation into what could be called an indie equivalent of Chic. Even the weird stuff -- like the high life-inspired "Million Pleading Faces" on Rip It Up -- is pretty good. And even if, like me, you shelled out the dough in the mid-'90s for the Polydor reissues (which went out of print almost instantly) there's previously unreleased 12" mixes, dub versions, rough mixes, non-LP singles, radio sessions, live tracks, and interviews. There's also a DVD containing rare Orange Juice television special Dada with Juice, and a Derek Jarman-directed video for "What Presence?" that I'd never seen before. (Why is this not on Youtube?) At $70 it ain't cheap, but if you think of it as less than ten bucks a disc it's not so bad. And well worth the money. You can stream 18 tracks from the box set over at Domino's website and download classic OJ single "Felicity" above.

While on the subject, OJ's Edwyn Collins' new album, Losing Sleep, is one of the year's best. His first made since two brain haemorrhages nearly took his life in 2005 and left him at first without the ability to walk or talk, let alone write songs. That it exists at all is a miracle, that it's as great as it is a testament to his spirit. Helping him out on the album are a cavalcade of talent -- Johnny Marr, Roddy Frame, The Drums, The Cribs, Franz Ferdinand, The Magic Numbers -- but always in the service of getting Collins' songs on record. Like his last two albums, Losing Sleep hasn't been released in America but is well worth picking up on import. Hey Domino... how about putting this one out too.

Speaking of Domino, the label just reissued Robert Wyatt's entire back catalog on CD and vinyl. If you don't own Rock Bottom, Nothing Can Stop Us and Shleep... now is the perfect time. Then move on to the rest of his records. 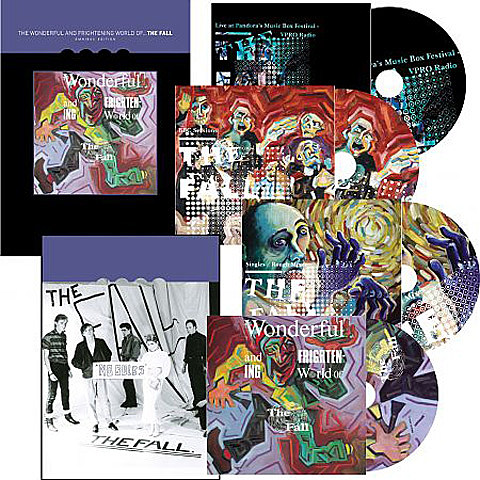 The other notable reissue is the four-disc "Omnibus Edition" of The Wonderful and Frightening World of The Fall, my personal favorite Fall album. The 1984 record was the first fully made with Mark E. Smith's then-wife Brix, who brought pop smarts to the Mancunian band's somewhat difficult sound, and their first produced by the great John Leckie.  Along with guitarist Craig Scanlon, bassist Steven Hanley and drummer Karl Burns this is the classic Fall lineup in my opinion. The Omnibus Edition restore's the album's original running order, putting singles from the same time "Oh Brother!," "C.R.E.E.P." and "No Bulbs" on the second disc with their b-sides and rough mixes of album tracks. The third collects radio sessions, and the fourth is a live recording from their performance at the 1984 Pandora's Music Box Festival in Norway (set time 3:15AM) that shows what a powerhouse live band the Fall were at the time. The box set sold out in the UK, but seems to be easily gettable here in the U.S.

Beggars Banquet also reissued The Wonderful and Frightening World of the Fall on vinyl (just the album) which lets you hear classics like "2X4," "Slang King" and "Disney's Dream Debased" in their analogue glory. Also out on vinyl: its follow-up, This Nation's Saving Grace which is widely considered by people not me to be their best-ever album. (It is a very close second.) It gets the Omnibus treatment in January. Save up, kids.

An Orange Juice video below...

Orange Juice - Rip it Up