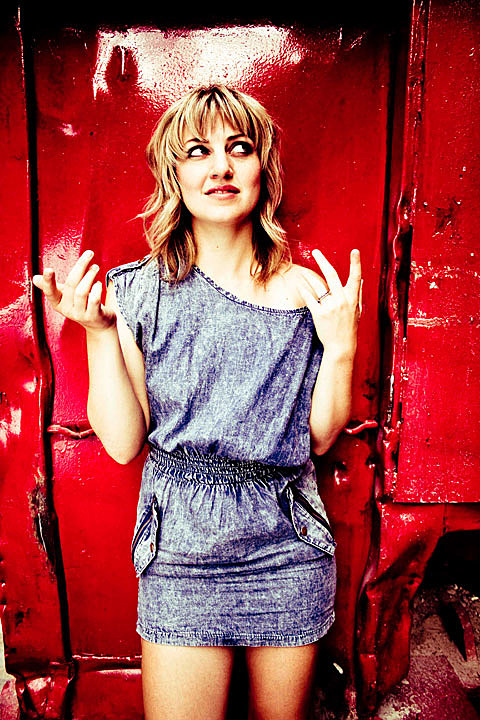 "Two years after singer-songwriter Anaïs Mitchell released the ambitious and career-defining folk opera Hadestown - a musical retelling of the myth of Orpheus and Eurydice set in Depression-era America - she's back with a decidedly different but equally ambitious effort, Young Man in America.

"The record is a reflection on our country as wild place, a not necessarily safe place, where it's each man for himself and you're not sure if anyone's got your back," the 30-year-old Mitchell said by phone from London, where she played a handful of shows before launching her 25-city U.S. tour this week."
[Philadelphia Inquirer]

Guests on the new album include "guitarist Adam Levy, violinist Jenny Scheinman, and drummers Andrew Borger and Kenny Wollesen. Chris Thile of Punch Brothers appears on mandolin as well as alongside Jefferson Hamer and Rachel Ries in a harmonic chorus." That's definitely an impressive ensemble. It is unclear if any of them will be there tonight (2/28) when Anais Mitchell plays early and late shows at Joe's Pub in NYC. All tour dates are listed below...