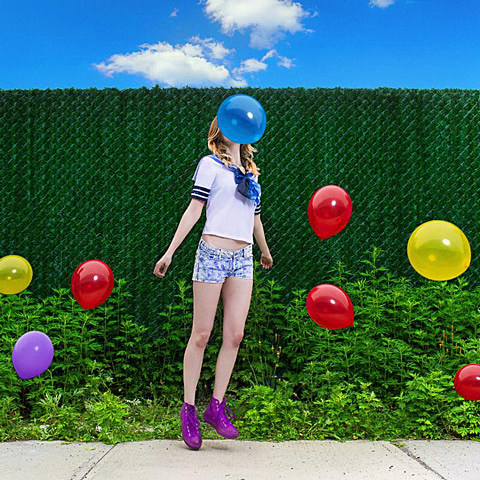 Eight-bit champions Anamanaguchi released the helium-powered single "Pop It" earlier this fall which you may have heard recently in a Target commercial. The song just got a video that matches the style of the song, all candy colors and a girl whose face is always just obscured by a balloon. You can watch it below. Look for the band's new album, [USA], out in 2015.

Until then, Anamanaguchi have some live dates, including opening for Dillon Francis' January 16 show at Barclays Center in NYC (tickets). All dates are listed, along with the video, below...