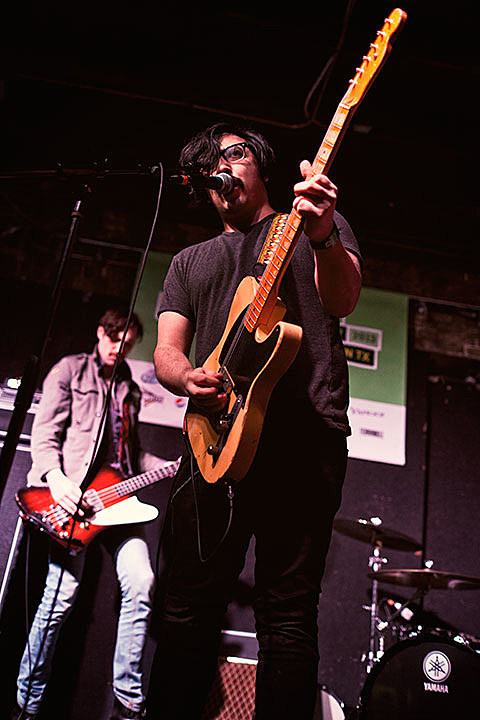 More upcoming shows have been announced for Brooklyn Night Bazaar. For those looking for a cheap Valentine's Day (2/14) date option BKNB has headliners Team Spirit, who you may remember last V-day released the Love is for Suckers EP. The night also features The Liza Colby Sound, Hard Nips, Blue & Gold, Lowell, and DJ Pegasus Warning. This was the night that Bernie Worrell was originally supposed to play. And if you're also the forgetful gift giver, you can also do last-minute gift shopping while your significant other is in the bathroom line. They'll be none the wiser.

The next night (2/15) is the Jon Spencer Blues Explosion and the rest of that line-up has been finalized, with D'NT (formerly Don't), Low Fat Getting High, and DJ Andy Animal.

Then on February 28, it's a pop/dance line-up with Body Language, Joywave, Echo Friendly, and Jamaican Queens.

And a bit further out, on March 21 Brooklyn Night Bazaar has 8-bit champions Anamanaguchi with the rest of the line-up TBA.

Meanwhile, this weekend at BKNB, on Friday (1/31) it's The Williamsburg Salsa Orchestra, Spanglish Fly, Los Hacheros, and DJ Mickey Perez; and on Saturday (2/1) it's Streets of Laredo, Lily & the Parlour Tricks, Rocket & the Ghost, Mall the Horse, and Mikey Palms and Friends.