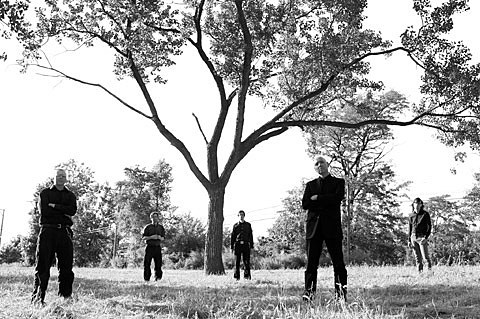 BrooklynVegan & Wierd are proud to present the NYC debut of Anatomy of Habit in NYC, joined by the awesome Vaura and Rosenkopf. The show goes down at Saint Vitus on November 5th. Tickets are on sale.

Anatomy of Habit are welcoming their new doom crusher of an LP, which is up for sale now on vinyl and streaming in its entirety below. Mastered by Bob Weston (of Shellac, who play NYC tonight and tomorrow) and recorded by Andrew Ragin (of The Atlas Moth, who played NYC on Saturday), the LP is recommended for fans of emotionally charged doom metal like Corrupted, Neurosis, Monarch, and anything that pensively slashes-and-burns.

After a series of great live shows, Vaura are preparing to release their debut LP Selenelion on Wierd Records. The new long-player will see a release on vinyl/digital via the label early next year, but you can check out the first track "Obsidian Damascene Sun" below.

Rosenkopf released their Dispiritualized cassette in July of this year. Check out "Burning Spirits" from that release below, alongside the show flyer. 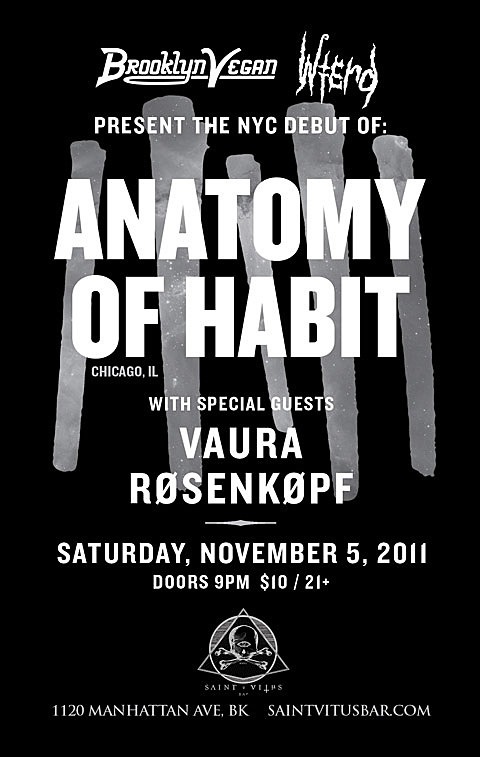