"Who the f*ck is Lily Allen? I take one week off from the Internet, and three (3!) f*cking bands pop up as the next greatest thing ever. Beirut? Lily Allen? At least I knew I didn't care about Cold War Kids before I left for LA." [Central Village, post-Coachella] 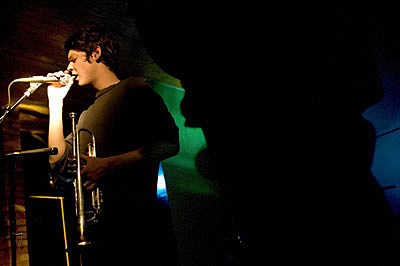 "Beirut is the brainchild of Brooklyn-based musician Zach Condon, but his sound is more Prague than Park Slope. And don't be fooled by his weary voice: Condon is only 19. With assistance from members of A Hawk and a Hacksaw and Neutral Milk Hotel, Beirut's inventive Gulag Orkestar conjures up Old World sights and sounds: Parisian street cafes, Gypsies, silent movies, marching bands, funeral dirges. Created without guitars, Gulag Orkestar instead incorporates an orchestra full of mandolins, ukuleles, violins and glockenspiels." [Kathryn Yu for NPR] 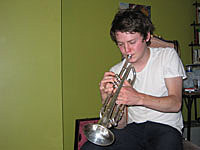 YOU CAN BUY THE ALBUM @ INSOUND

Previously
And bloGOD said let there be Lily Allen