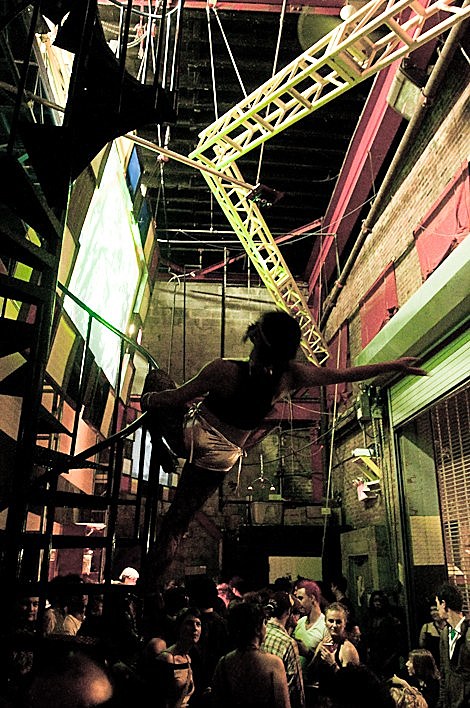 "S.L.A.M. is located in Williamsburg, Brooklyn, and is the home of STREB activities. Open rehearsals, performances, STREB classes, and other explorations of action mechanics happen here daily. SLAM is open to the public any time that staff is present." [STREB]

After seeing the Tallest Man On Earth for the second night in a row at Bowery Ballroom on Saturday (6/13) (he was at MHOW the night before) I headed to the S.L.A.M. Warehouse in Williamsburg for "And Everyone Laughed" which was essentially a cross between a dance party and a circus (and part of the Northside Festival). As I was getting I.D.'ed I could see someone swinging back and forth on a trapeze as some bassy tunes bounced their way toward the entrance. Unfortunately the circus/performance part of the evening seemed to be winding down once I was inside, save for a dancer or two perched up front or climbing on various structures in the warehouse.

I wasn't certain who was deejaying initially (though I think it was either Worst Friends or Jakub Alexander) but within 5 minutes of being on the pleasantly packed and moving dancefloor Jürgen Paape's "So Weit Wie Noch Nie" (a favorite track thanks to Erlend Oye's excellent DJ Kicks mix, that I'd never heard played out before) was dropped and I freaked out. The rest of the set was decent, though nothing really stuck out too much as I was walking around, checking out the venue and trying to beat the horrible humidity that seemed to have settled in the warehouse.

Right around 2am Trus'me went on and transformed a floor full of people that were already moving pretty well into a group of people who were furiously getting down. His set was all over the place but in way that flowed very well, logically progressing from one of many genres (house, funk, soul, disco, techno) to the next and back again. The transitions were smooth, and the beats were expertly manipulated over the course of what was an excellent hour and half long set that seemed to fly by.

More pictures from the night below... 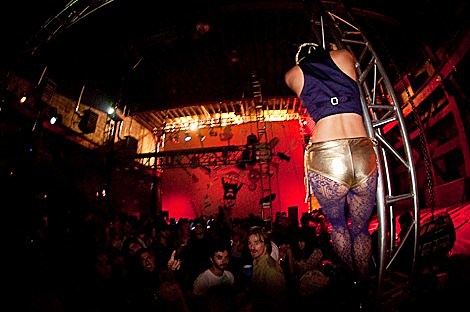 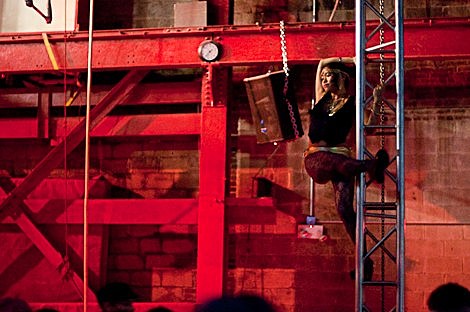 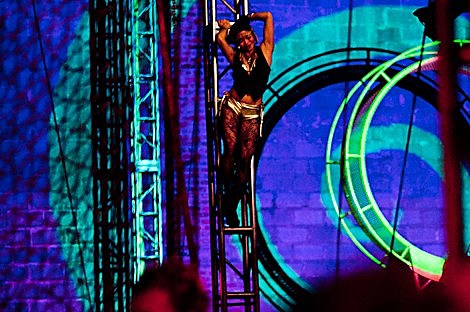 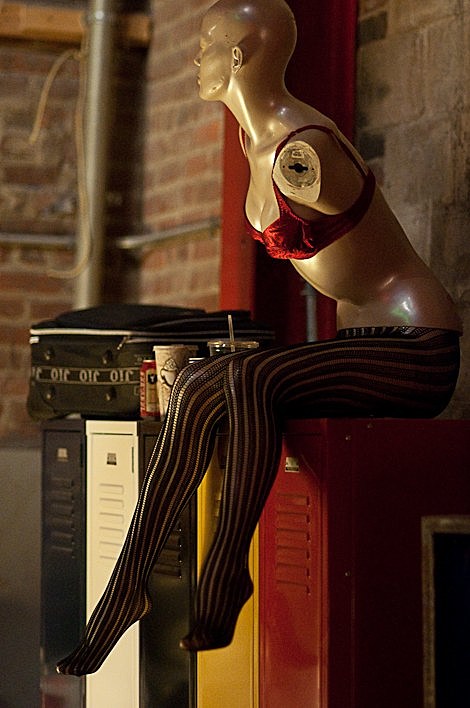 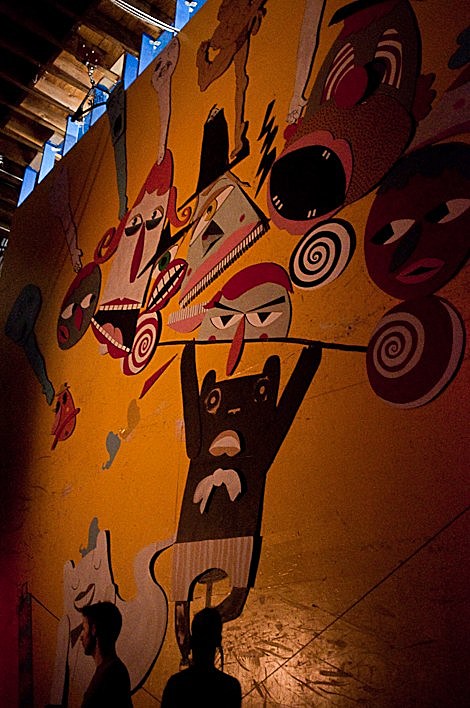 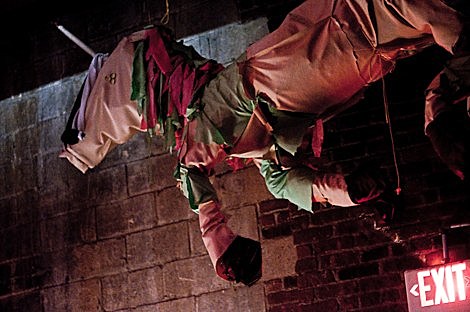 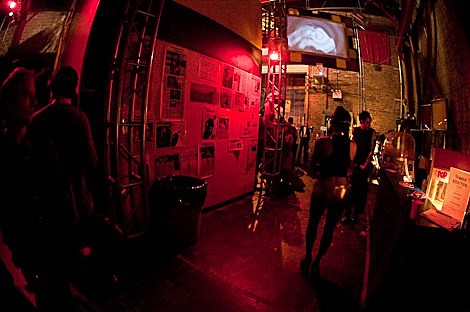 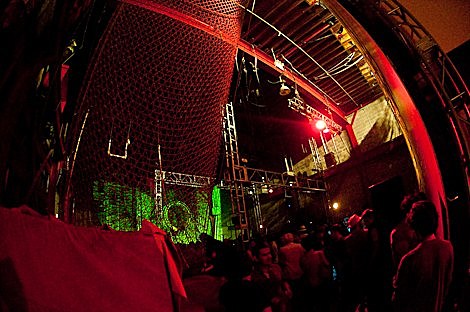 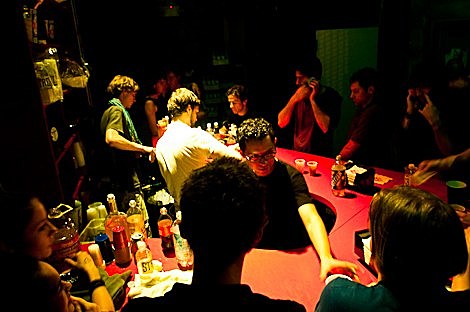 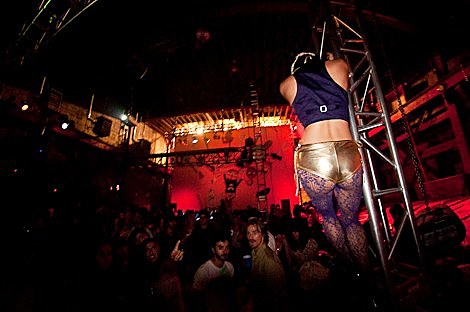 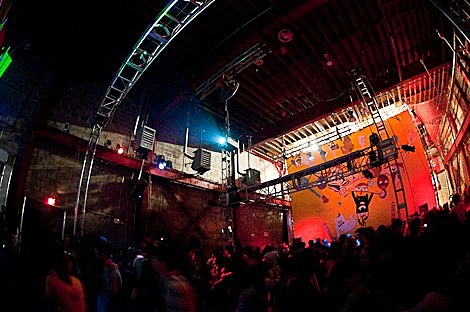 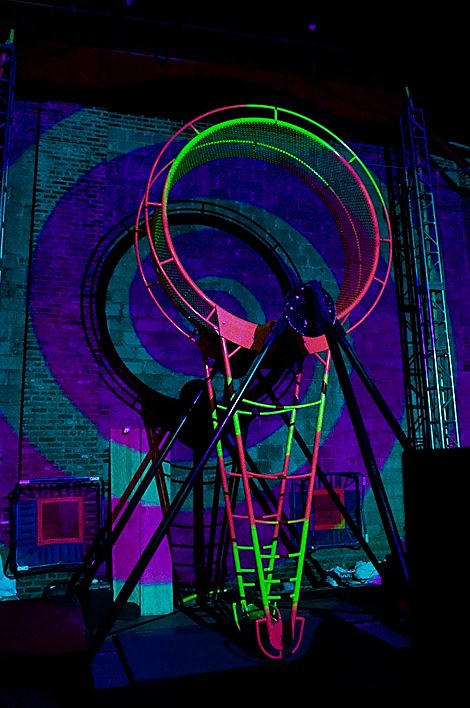 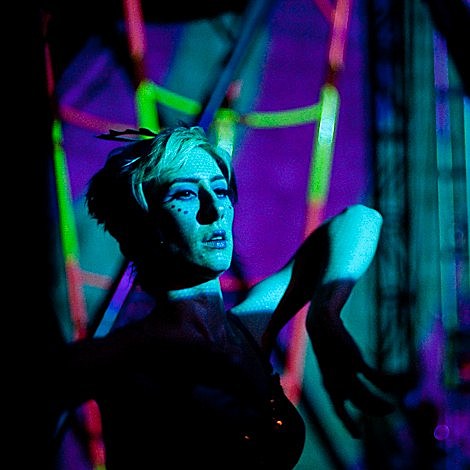