see, he likes rap too 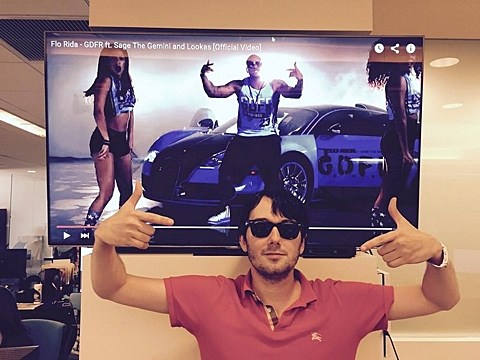 Martin Shkreli, the Turing Pharmaceuticals CEO who was backing Geoff Rickly's label until they severed ties in the wake of the news surrounding Shkreli's greedy price-gouging, has found his way into the music news once again. Bloomberg reveals Shkreli as the purchaser of that million-something dollar Wu-Tang Clan album that recently sold. Via the article:

Shkreli heard about Once Upon a Time in Shaolin and thought it would be nice to own, too. He attended a private listening session at the Standard Hotel hosted by Paddle8 co-founder Alexander Gilkes. Shkreli, who describes himself as a bit of a recluse, recalls Gilkes telling him that if he bought the record, he would have the opportunity to rub shoulders with celebrities and rappers who would want to hear it. "Then I really became convinced that I should be the buyer," Shkreli says. (Paddle8 declined to comment, citing their policy of client confidentiality.) He also got to have lunch with RZA. "We didn't have a ton in common," Shkreli says. "I can't say I got to know him that well, but I obviously like him."

Shkreli, who met Geoff Rickly for the first time in a similar way (he purchased the guitar Geoff used to write most of Full Collapse), isn't saying how much he paid for it, but Billboard says "someone familiar with the deal says that the Wu-Tang Clan sold him the album for $2 million."

The article adds that RZA emailed Bloomberg Businessweek a statement saying, ""The sale of Once Upon a Time in Shaolin was agreed upon in May, well before Martin Skhreli's [sic] business practices came to light. We decided to give a significant portion of the proceeds to charity."

Shkreli has continued to piss people off in the times since the initial news of him raising the price of Daraprim came to light. "I think I could have it raised it higher and made even more profit," he said at the recent Forbes Healthcare Summit in Manhattan (via Gawker). "I could have made more profits for our shareholders, which is my primary duty. No one wants to say it, no one's proud of it, but this is a capitalist society, capitalist system, capitalist rules."

He also very recently got a ton of media attention for skillfully manipulating the stock price of another drug company which he now also owns. Plus, he allegedly photoshopped an X-Ray for sympathy, stalked and harassed an ex-coworker's family, and more.