OutKast's Andre 3000 is selling a new line of shirts to benefit the Movement for Black Lives, which "was created as a space for Black organizations across the country to debate and discuss the current political conditions, develop shared assessments of what political interventions were necessary in order to achieve key policy, cultural and political wins, convene organizational leadership in order to debate and co-create a shared movement wide strategy. Under the fundamental idea that we can achieve more together than we can separately."

Andre's selling 13 different shirts, each with a different slogan, including "across cultures, darker people suffer most. why?", "breathe", "can one rest in peace & violence?", "narcissistic americans", "ok, hand over the cure and stop playing", "passionate about compassion", and more.

For 3 days, a selection of shirts inspired by a collection of my jumpsuits will be sold and 100% of net proceeds will be donated to Movement for Black Lives to aid in their fight to end police brutality & racial injustice against Black people. This is only one piece in the war against systemic racism. It takes all of us. BLACK LIVES MATTER … at a minimum.

Order yours and see all the designs at andre3000.com.

To learn more about the Movement for Black Lives, sign their petition calling on Congressional leadership to prioritize black communities over corporation, and/or leave a donation, go here.

UPDATE (6/11): In a rare interview with Blackbird Spyplane, Andre gave more background on these shirts, and explains that the slogans actually date back to OutKast's 2014 reunion tour:

So, to put it in context, all these slogans were made during the OutKast tour in 2014 — I wanted to find something to keep myself excited each night, because I didn’t have new verses and new songs, and it felt weird to play old songs from 1993, so I said, ‘Let me put these thoughts on my suits.’ Some were serious, some were silly. Just random thoughts like me admitting to loving fruit snacks! But also this was summer 2014 so with a lot of these suits I was responding to Ferguson in real time. So it was fun and serious and sad and everything. But they still make sense now — they ring even truer.

He also talked about the protests:

I feel like, marches, in the ‘60s, they worked, but over time they might have lost power. The opposition figures out the trick, and they figure out how to deaden it. Honestly, I lost hope in marches — until now. I saw it working again and I said, ‘Whoa.’ The thing is that, for it to work, people have to turn out, and now it’s kind of the perfect storm because corona had everyone at home, and we had nothing to do but react — and people wanted to be outside. It’s kind of a blessing and a curse: If everyone was at work right now, going about their business, the protest turnout wouldn’t be anywhere near as high. But it’s been a long time coming and it came to a head right now.

You can read much more here.

Check out photos of OutKast at Governors Ball 2014 by Dana Distortion: 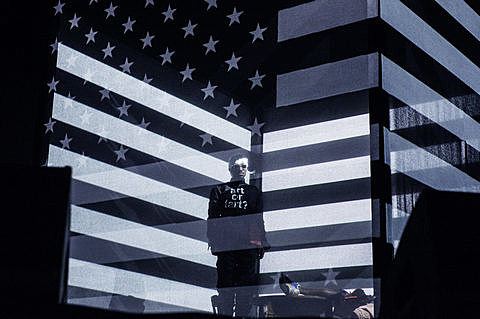 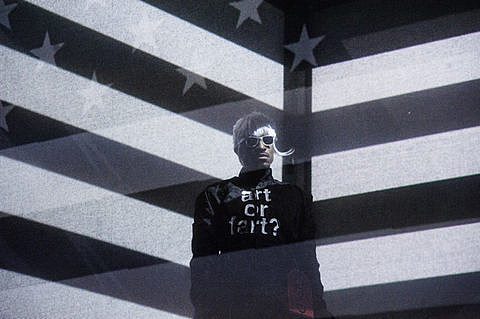 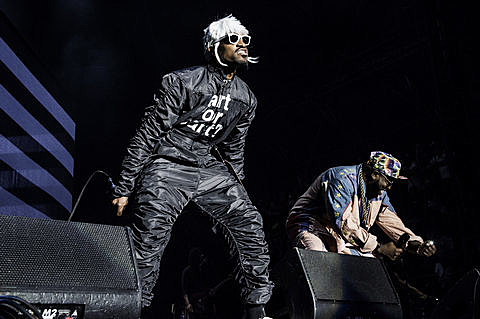 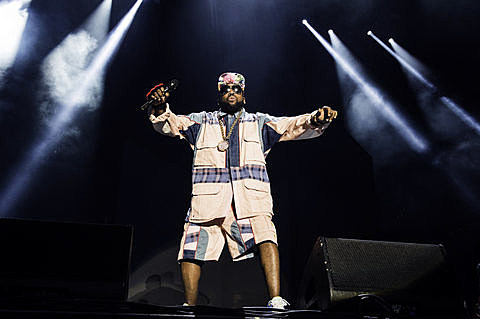 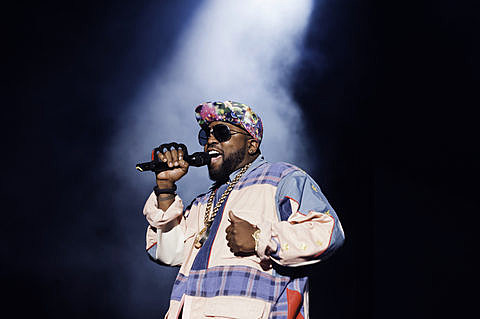 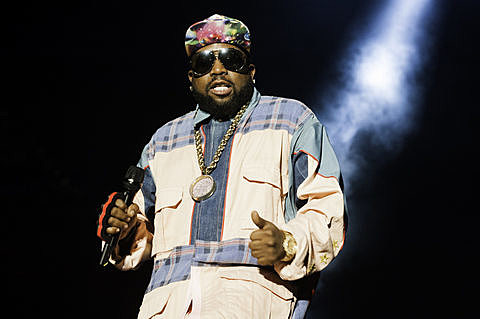 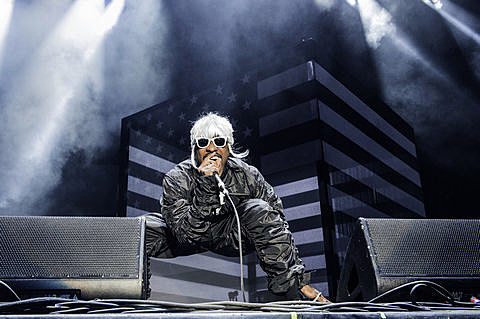 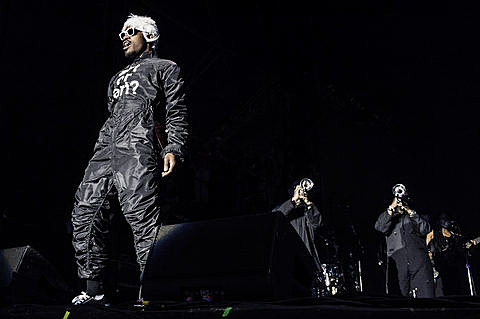 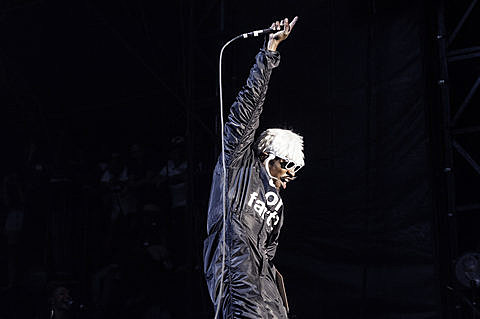 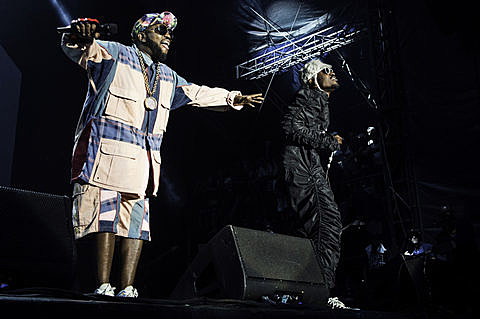 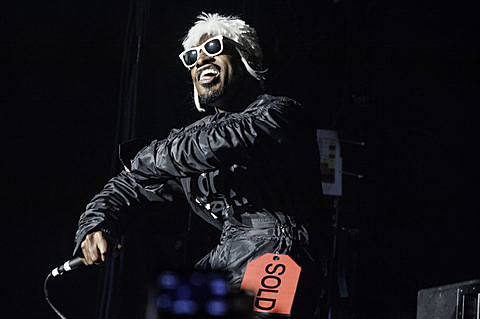 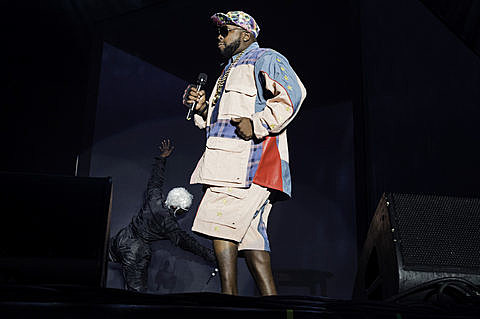 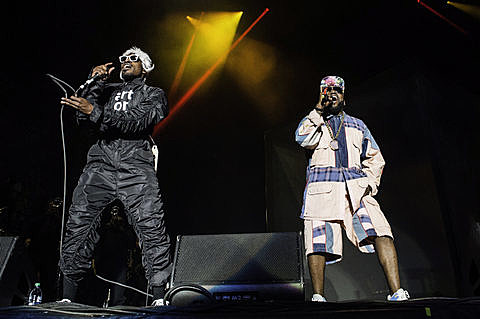 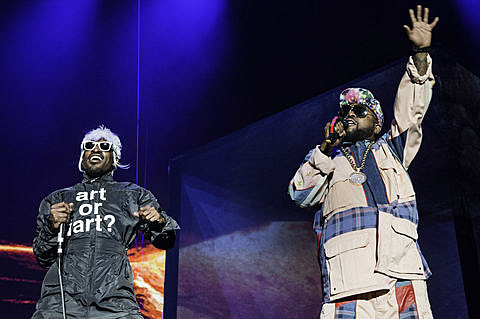 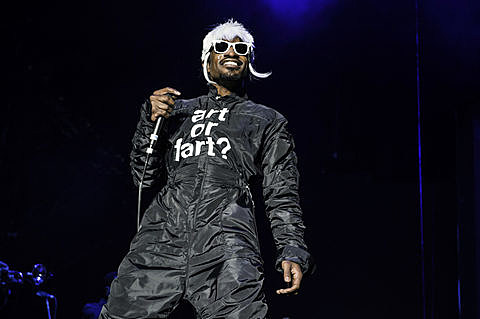 For ways to help out in the fight against police brutality and racism, here are some resources.