map via the Daily News... 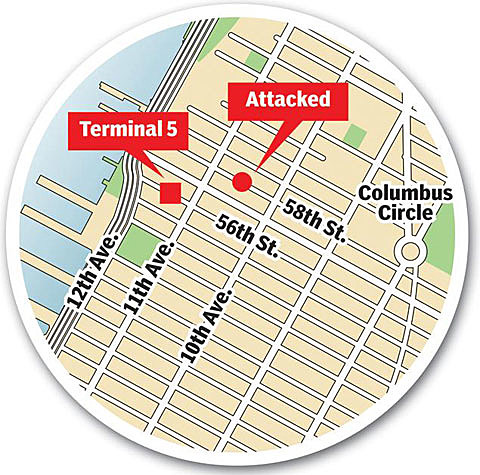 [Andrew] Billington, who lives on the upper West Side, had taken his girlfriend to see Welsh rock band the Stereophonics on Saturday night at Terminal 5, located on W. 56th St.

Following the concert, the couple was walking on W. 58th St. between 10th and 11th Aves. at 10:45 p.m. when a violent goon emerged from the shadows, a police source said.
The mugger, believed to be a homeless man, came up behind Billington and bashed him in the back of the head with what his girlfriend told police appeared to be a brick wrapped in a cloth, the source said. Billington fell to the ground and the assailant hit him again in the face with the brick before searching his pockets for money, the source said.

The robber, dressed in a hoodie or jacket and wearing a baseball cap, fled empty-handed, leaving Billington bloodied and his girlfriend, whose name was not released, screaming for help.

Cops are still trying to identify the attacker, hoping security cameras in the area filmed the robbery, a throwback to the bad days of New York City. [NY Daily News]

Andrew Billington, 37, is an internationally known British marathon runner, and we wish him a speedy and full recovery.

If you saw anything, say something. A security camera picture of the alleged mugger is below... 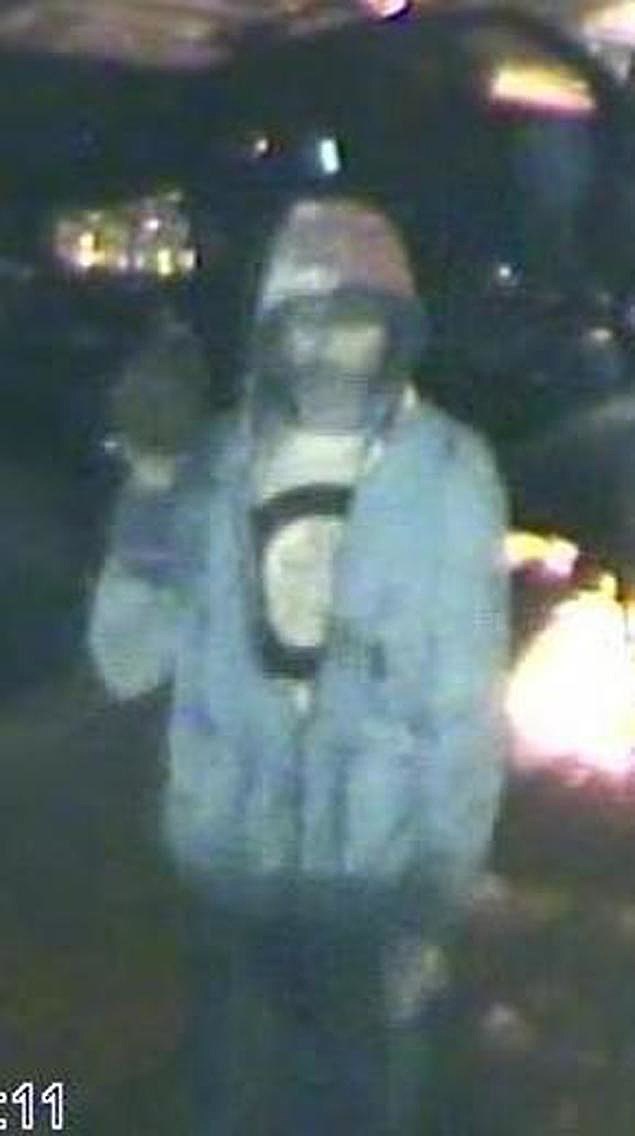