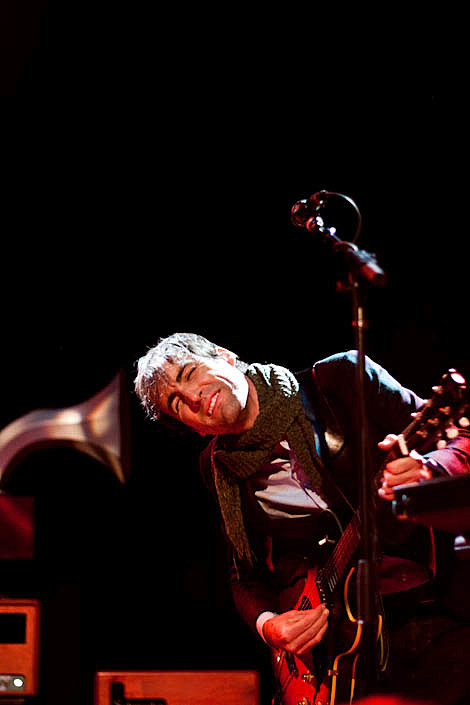 Let's re-quote something Andrew Bird told the NY Times for a second...

Bird's publicist had wanted him to play one of the first shows on his coming tour at Radio City Music Hall (capacity: 6,000). Bird was concerned that it was too big a venue, that he might fail to make a connection with the audience and that things could easily spiral downward from there. They compromised on Carnegie Hall, which seats about 3,000.

I guess that Carnegie Hall show, not to mention the also-sold-out show in Brooklyn the same week, went so well that they are no longer afraid. Andrew Bird will headline Radio City Music Hall on June 18th. As as added super-bonus, Calexico will be the opener. $34.50 - $44.50 tickets go on sale Friday at noon.

Calexico will also be in NYC in March to play the REM tribute at Carnegie Hall, and a show at the new City Winery with Keren Ann.

The Radio City show is one of five new, June dates that Bird is playing around the time of Bonnaroo (that he is also playing). One of the other new dates is with The Decemberists at Merriweather Post Pavilion in MD. That show is currently on presale. Andrew is also scheduled to be at SXSW in March and a whole bunch of other places between now and June. New dates below...