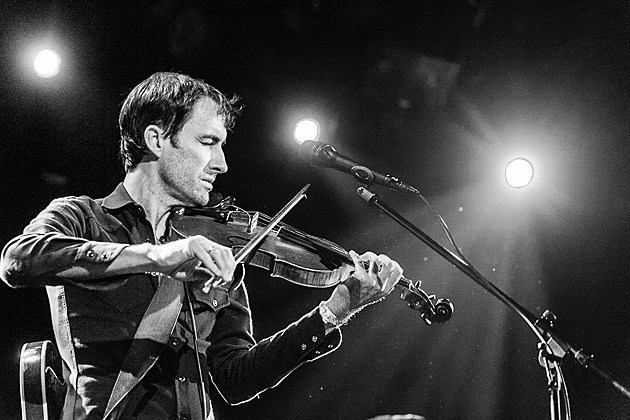 Andrew Bird tested out new material last year, hinting at the making of a new record. He officially announced today the release of his new album, Are You Serious, which is out on April 1 via his new label Loma Vista Recordings. The album was produced by Tony Berg and features collaborations with Blake Mills and Fiona Apple. The album art was created by the great John Baldessari. Artwork and tracklist are below.

He premiered the first single "Capsized" on last night's episode of Conan. It's a bit more classic rock than his previous folky tracks, but still with his signature violin style, expertly mimicking bluesy electric guitar. Watch that, and the official lyric video, below.

As previously mentioned, Andrew is heading on a spring tour in support of his new album, including two NYC shows: April 7 at Kings Theatre and April 8 at Terminal 5. Tickets for both shows are still on sale via Ticketmaster. Andrew is donating $1 from every ticket to organizations working to end gun violence to build safer communities.