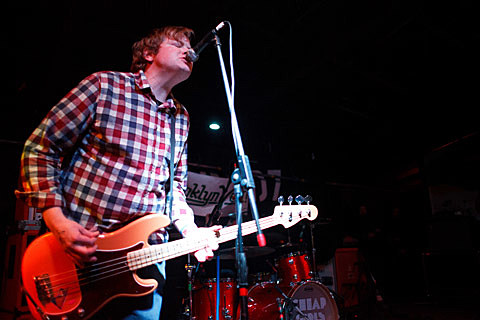 Michigan power pop trio Cheap Girls just wrapped up tours with Against Me! and The Hold Steady (which included our SXSW showcase), and they've now announced that they'll hit the road again soon supporting Phoenix folk punks Andrew Jackson Jihad (who they played NYC with in January). Cheap Girls' last tour didn't hit NYC, but this one will on June 14 at Le Poisson Rouge. Tickets for that show go on sale Friday (4/18) at noon.

After the run with Cheap Girls, AJJ head out on a second leg of dates with Hard Girls. Opening the whole tour is AJJ's Phoenix neighbors Dogbreth, who also go on a short western US tour with Waxahatchee this week. All dates are listed below.

Both Cheap Girls and Andrew Jackson Jihad have new albums coming out this year. As mentioned, Cheap Girls will release Famous Graves on May 13 via Xtra Mile. You can stream two of its tracks, "Knock Me Over" and "Man In Question" (ft. Craig Finn), below.

AJJ release their new album, Christmas Island, on May 6 via their new label home of SideOneDummy, which follows 2011's Knife Man LP on Asian Man. The new record was produced by John Congleton, who's been having a killer 2014, also helming the new Swans, Cloud Nothings, Angel Olsen, and St. Vincent albums this year. You can listen to its single "Children of God" below. If you're new to the band, fans of Against Me!, Bright Eyes or Titus Andronicus should take note.

All dates are listed, with all streams, below... 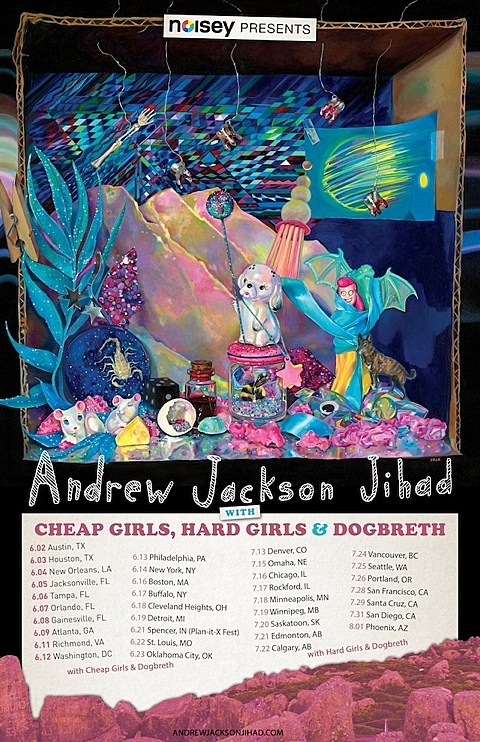