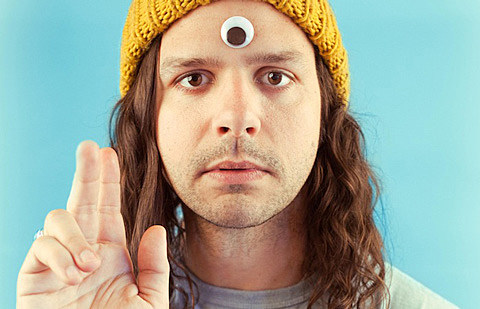 Comedian Greg Barris is a busy guy. He's co-hosting the Doctors Without Borders benefit at NYC's Irving Plaza on November 19 (tickets) and, among other things, started a new series/podcast this year called "Mind Warriors" which mixes science and laughs:

Mind Warriors: Bringing you the most cutting edge information from the edge of the universe (that's two edges). Mind Warriors is a comedic, science interview show hosted by Greg Barris that delves into the spiritual and scientific research and practices of each guest Mind Warrior with a question and answer session at the end with the audience.

The next edition of "Mind Warriors" happens at Brooklyn's Union Hall on January 11 with Andrew WK as guest. Tickets for that are on sale now. The first "Mind Warriors" video is below.

Andrew WK is busy too, playing a solo show at Knitting Factory on November 22 (part of their Fifth Anniversary celebration), and will be with Marky Ramone's Blitzkrieg at Gramercy Theatre on January 17. He'll also be on WNYU on December 11 at 4PM for a " live radio interview and party DJ set!" so mark your calendars. Updated AWK schedule is listed below.

And in related funny/smart news, there's a benefit for 826NYC (the nonprofit that promotes creative and expository writing skills) at The Bell House on December 8 with Eugene Mirman, Reggie Watts, Sarah Vowell, Fred Armisen and more to be announced. Tickets are on sale.

Reggie Watts also plays The Bell House on Friday (11/7) as part of the NY Comedy Fest, and then later in the evening at The Blue Note.

Andrew WK dates -- including New Year's Eve in Chicago -- are listed, along with the first episode of "Mind Warriors," below..