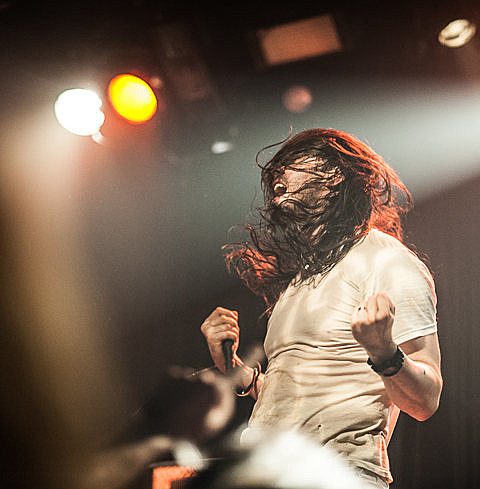 Professional partier Andrew WK is in the midst of some shows singing in Marky Ramone's Blitzkrieg (he already did one in NYC), and today he'll attempt to set a drumming world record. At 7 PM today (6/19), Andrew will head to the Oakley Store in Times Square and attempt to drum for 24 hours straight until Thursday at 7 PM, to set the record for "LONGEST DRUM SESSION IN A RETAIL STORE."

Throughout his session, he'll be joined by other drummers, including Chad Smith (Red Hot Chili Peppers), Marky Ramone (Ramones), Questlove (The Roots), Liberty DeVitto (former drummer for Billy Joel), and some serious hard hitters like Nick Jonas (Jonas Brothers) and Zac Hanson (Hanson). Plus there will be some surprise guests joining him along the way too.

The session will be hosted by OMusicAwards.com, aka the people who were also behind the Flaming Lips world record attempt. If you can't make it to Times Square, you can also watch the session stream live at the O Music Awards website. More information on O Music Award's blog and Andrew WK's site.

The next NYC stop on the Andrew WK/Marky Ramone tour happens on October 3 at Irving Plaza (tickets).