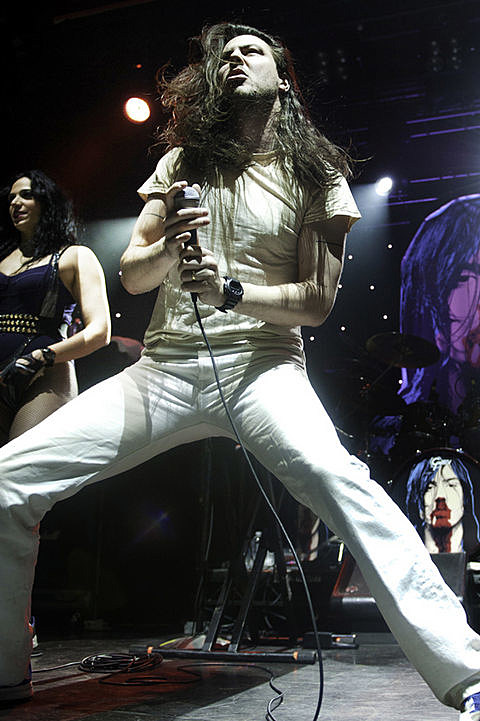 We already told you that Andrew WK is hosting The Syndicate's annual pre-CMJ "Conflict of Interest" party at Rebel NYC on Monday (10/15, free with RSVP) but he'll also be making some other appearances next week, though none of them are him playing live.

And if you have a CMJ badge you can see Andrew WK speak on the "Turning The Spotlight: The Power Of Motivated Fans" panel which happens at the Kimmel Center (NYU, Room 905/907) on October 18 at 12:30 PM.

Speaking of New York Night Train, Jonathan Toubin has some other NYC appearances coming up. He'll DJ with Kid Congo Powers at Home Sweet Home on October 19 for the "Shakin' All Over" party. Then on Saturday, October 27 he'll host "Haunted Hop" costume party at Brooklyn Bowl which in addition to playing cool spooky 45s will feature horror-themed Burt Bacharach cover band Dionne Werewolf (!) and more. Tickets are on sale now. All upcoming Jonathan Toubin appearances are listed below, along with party flyers. 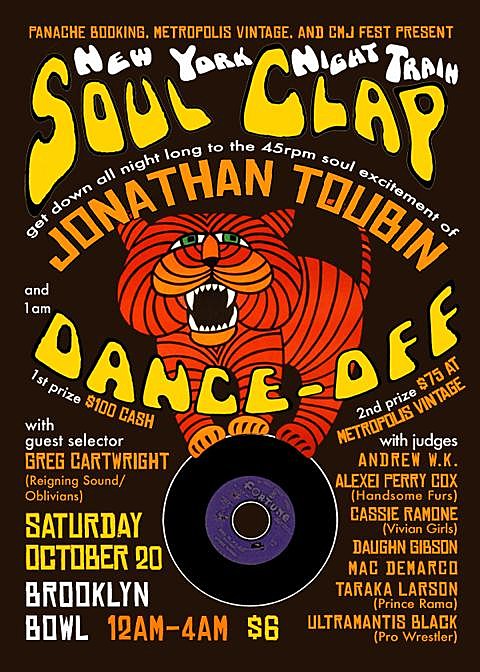 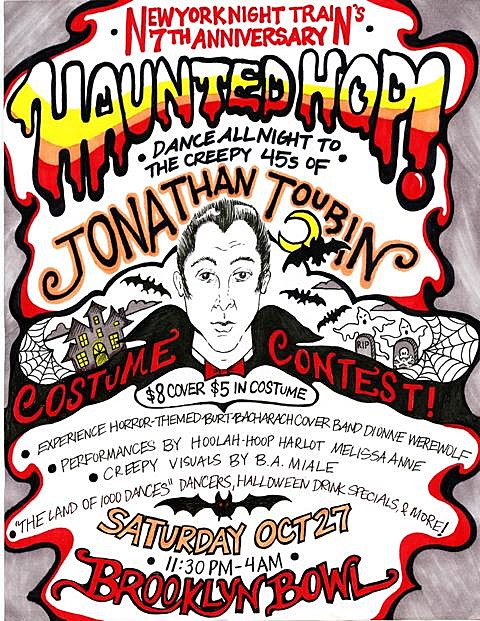