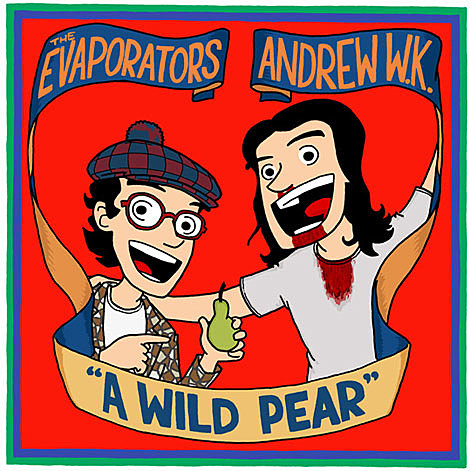 Andrew WK takes to the stage of Santos Party House, the club he partially owns, this Thursday, May 28th for a show with Cherie Lily, Height with Friends, Ed Schrader, DJ Dog Dick, Ana Lola Romanhas and host Aleister X. Also appearing will be Julia, Samuel and Bad Brilliance. Tickets are on sale.

That event is a release party of sorts for the first record from Andrew WK's Skyscraper Music Maker label. That compilation, DAMN! The Mixtape Vol. 1, released on May 25th, features "Andrew's work as a producer for Skyscraper Music Maker artists, Bad Brilliance, Aleister X, and more." Check out a streaming sample at RCDLBL, and a trailer for it, along with the video for Bad Brilliance's "It's So Fun" (remixed by AWK), below.

This September, Skyscraper Music Maker (with its partner Cargo Records) will release Andrew WK's new record, 55 Cadillac, a disc of solo piano improvisations. There's an advertisement/preview video for the disc, also below.

Just a few days ago, Andrew WK started his own Twitter, and already he's been dropping news bits (and trying to get people to call him). Along with more prosaic observations about pizza and dusty Diet Coke, Andrew announced that his 2006 overseas-only album, delayed previously because of contractual obligations, will finally be see US release, as well as new disc(?) Young Lord. He writes, "Close Calls With Brick Walls is coming in the winter and Young Lord is next!"

Andrew WK is releasing material sooner than that even. Nardwuar, the Canadian music personality, is putting out a 7-inch on June 23rd called A Wild Pear! split between his own band, The Evaporators, and Andrew WK. The CD release party for that EP is part of a larger Andrew WK summer Canadian tour coming in June. That tour includes Sled Island Fest in June, and more shows with The Evaporators (who killed it at SXSW this year). All dates below.

Non-Canadians get Andrew WK love this summer too, as his new TV show, DESTROY BUILD DESTROY, is premiering on Cartoon Network on June 20th. The program is "a game show involving teenagers and 100 foot high explosions, quadruple wide fire-balls, and the will to create from the ashes!" Check out a preview for that below.

All above mentioned videos, show posters, and a "Learn How to Play Andrew WK songs" clip hosted by WK himself, below... 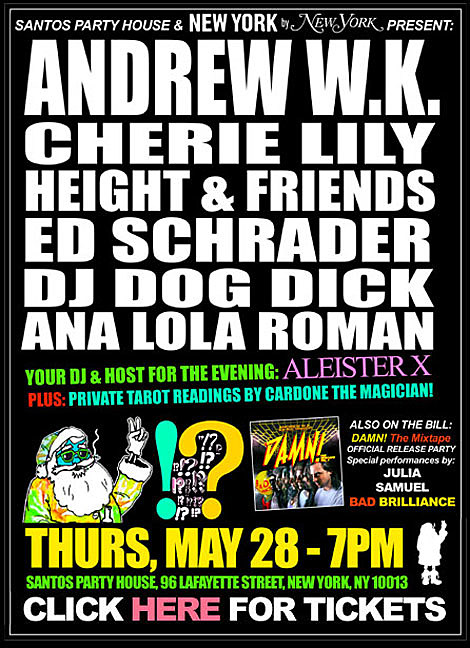 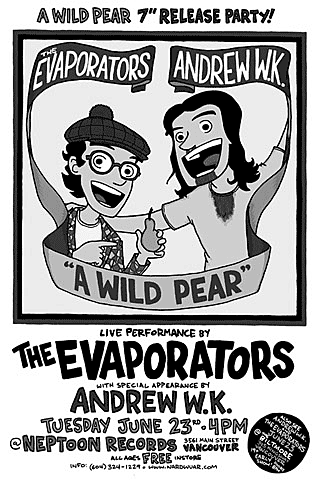