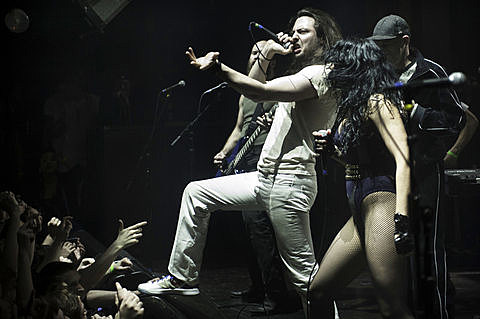 Super Bowl XLVII is around the corner (February 3), and you already know that in between the Ravens taking on the 49ers and all the (hopefully) funny commercials, Beyonce is playing the halftime show and she'll also be bringing out her reunited Destiny's Child for a portion of it.

But if you're in NYC and seeing Beyonce on TV isn't your thing, you can head to Santos Party House to watch the game and catch venue owner Andrew WK performing live during halftime. That show also includes MC Todd and Aleister X and tickets are on sale now, and include a free drink (so needless to say, admission is 21+) and Roberta's pizza (not free).

Andrew WK has a few other dates coming up, including a solo set at Skate and Surf Festival in New Jersey, and all of those are listed below...