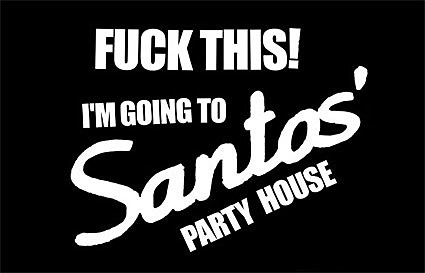 Something tells me that Andrew WK is just amusing himself by calling the venue fomerly known as SANTA'S Party House, "Santos' Party House", but who knows...

Santos' Party House has prepared their downstairs space for a series of nightly pre-opening parties. Now you can come dance. The upstairs will be open soon.

Focused on blurring the lines between music and art culture, the venue is designed to function as a concert hall, dance club, and lounge.

Featuring a top-notch, global lineup of weekly residents and one-off events, Santos' Party House has been built from the ground up to rival any venue in the world.

James Murphy says the name will be 100 Lafayette and the logo/URL agrees.

Andrew WK is playing a 'live solo pianos' show at "Get Weird" @ the New Museum in NYC this Thursday May 15th. More details and stuff below...

Get Weird is a monthly series of performances featuring experimental and freaky jams. Expect anything from dusted-off salsa to psychedelic harmonies, performed by unknown legends and young-gun mavericks. Get Weird takes place at the New Museum on the third Thursday of each month.

Get Weird is organized by Alex Wagner, Former Editor-in-Chief, The FADER

Santos' or Santa's or neither? 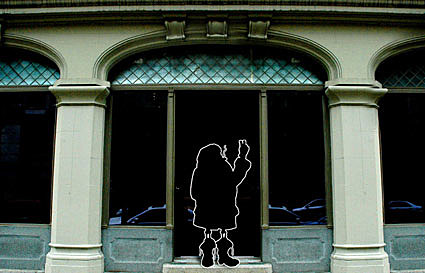 Pitchfork T.V. got a behind the scenes look at the recording process, and filmed a video interview with Lee and Andrew in the studio.