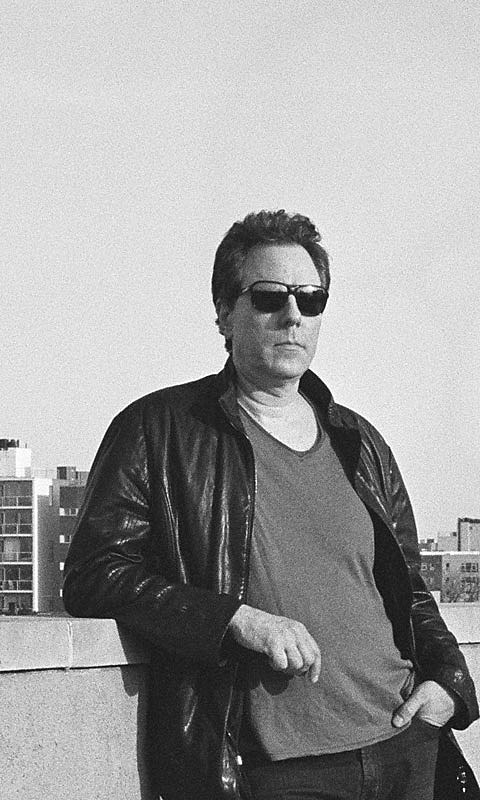 Andy Shernoff, founder and songwriter of NYC punk/hard rock legends The Dictators, is currently in residency at Lakeside Lounge in NYC. His Wednesday night residency (next show is October 5) may continue through December, though the Lakeside Lounge calendar currently only lists October. Each show will be played with a backing band that includes different special guests.

The Dictators are responsible for 1975's proto-punk clasic Go Girl Crazy!, which included the punk-infused cover of "California Sun," two years before the Ramones recorded their version. Andy is about to release a 7" single with the tracks "Are You Ready To Rapture?" (video below) and "Tremble," which features the late Joey Ramone.

Andy is also playing an acoustic early show on November 12 at The Bell House as part of the Norton Records 25th Anniversary shows. His show takes place in the front room before Question Mark and the Mysterians, Randy Fuller Four, and others take over the venue later that night.

Residency flyer and video below... 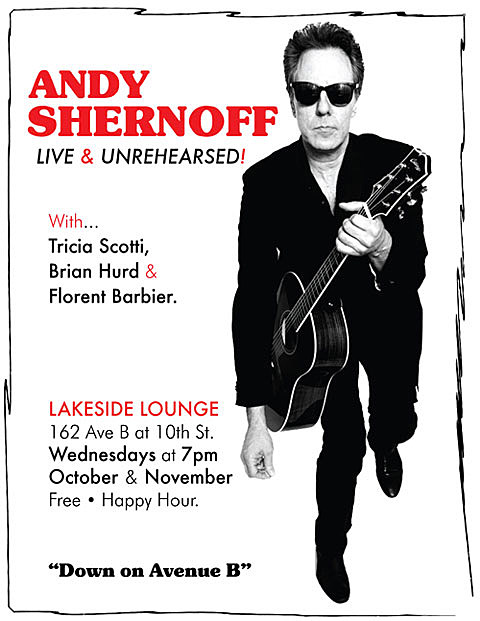 Andy Shernoff - "Are You Ready To Rapture?"