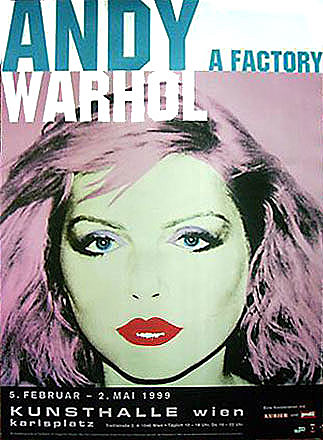 "An Andy Warhol portrait of Blondie star Debbie Harry is expected to fetch up to £5.5 million when it is auctioned at Sotheby's in London later this month.

The 1980 work will go under the hammer on 29 June as part of a two-day auction of contemporary art.

The event will also feature works from the collection of Dave Stewart, better known as one half of the Eurythmics.

Among the seven pieces up for grabs is an early spot painting by Damien Hirst dedicated to the British musician.

According to Sotheby's Cheyenne Westphal, the Harry portrait is "the ultimate culmination of Warhol's exploration of our public fascination with female cultural icons"." [BBC]

I wonder if Warhol were alive today if he would ever consider painting a portrait of Fergie who Debbie sadly shares a bill with in Central Park tonight (unless god intervenes with some serious thunder and lightning).