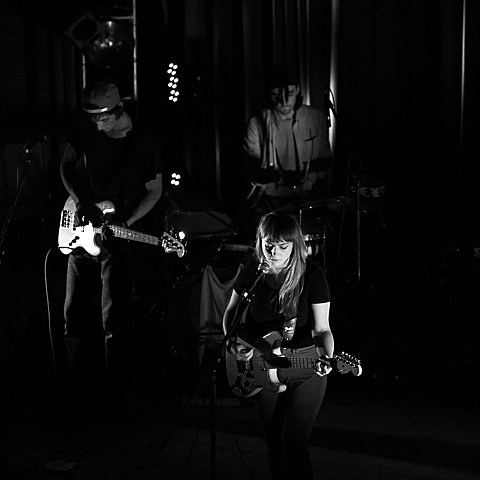 As discussed, Angel Olsen is releasing her new album, Burn Your Fire for No Witness, on February 18 via Jagjaguwar. The first single, "Forgiven/Forgotten," saw Angel abandoning the loner folk of her 2012 LP for something closer to traditional indie rock, but that folkiness still shows up plenty of times on the new record. Its newest single, "Hi-Five," sees her combining the two styles resulting in a shambly folk rocker that you can stream below.

Angel also has a previously mentioned tour, and since we last spoke, it's been announced that Dublin guitarist/composer Cian Nugent will be opening on all dates. Cian (like Daniel Bachman) put out a 2013 LP, Born with the Caul, that NPR called one of the 5 new guitar records that would make John Fahey proud. He also recently released the "Hire Purchase" single as part of Matador's singles series, which you can stream below.

All dates are listed, along with the streams, below...