Angel Olsen at MHOW in May (more by Amanda Hatfield) 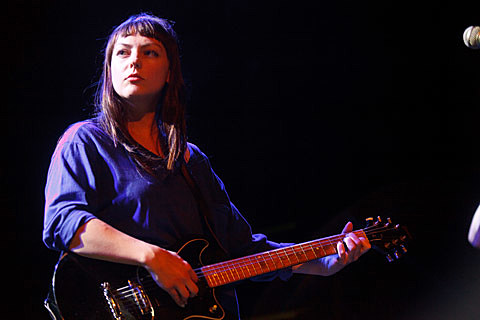 As discussed, Angel Olsen is releasing a deluxe edition of this year's fantastic Burn Your Fire for No Witness on November 18 via Jagjaguwar and it will feature five bonus tracks. We've already posted one of those, "All Right Now," and now a second one called "May As Well" premiered over at NPR. It's a super sparse song, sparser even than album cuts like "Unfucktheworld" or "White Fire." Check it out below.

Angel's tour returns to NYC for three shows in December, Roulette on 12/6 and Bowery Ballroom on 12/8 & 12/9. Tickets for all three are still available.