A light drizzle for most of Saturday didn't deter fans from coming to Lincoln Center Out of Doors Festival's all day Lou Reed tribute, 'The Bells,' which featured live performances, readings, films, art, Tai Chi and more. The centerpiece of the day was "Lou Reed’s Love Songs" where some of his most famous works were performed by the likes of Anohni, Laurie Anderson, Lucinda Williams, Victoria Williams, David Johansen, Metric's Emily Haines, Nona Hendryx, John Cameron Mitchell, Mark Kozelek, Joan as Police Woman, and more. Backed by the Lou Band, Lenny Kaye lead the encore of "Sweet Jane" with all the evening's singers on stage. A picture of the setlist is below.

Both those sets were livestreamed and you can watch the archived video for both below. Pictures from the "Love Songs" performance, as well as some written tributes from fans, are in the gallery above. 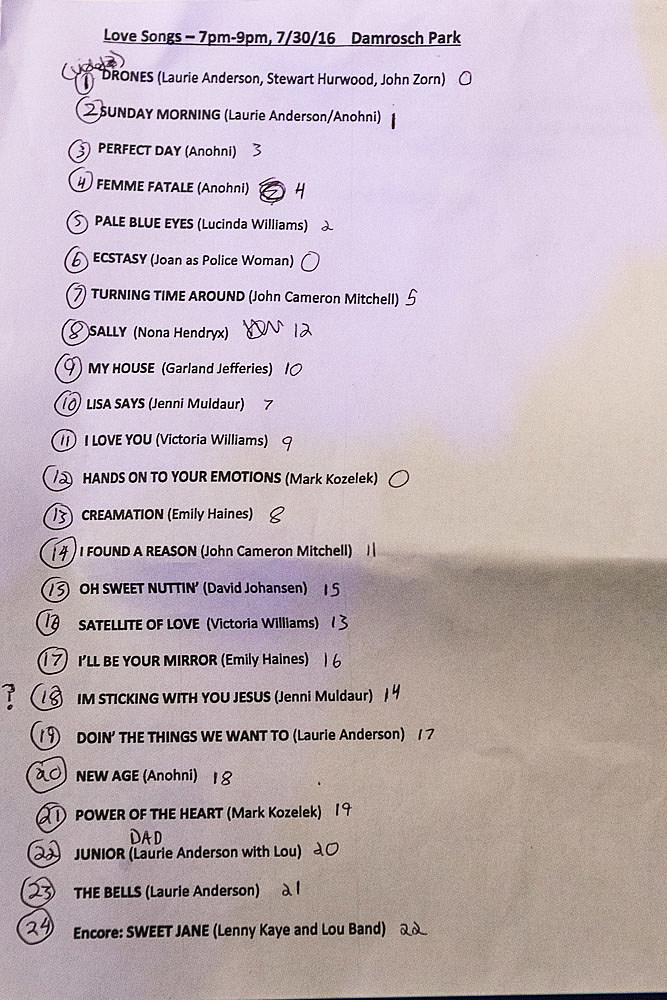