Cordero at Bowery Ballroom in 2004 (more) 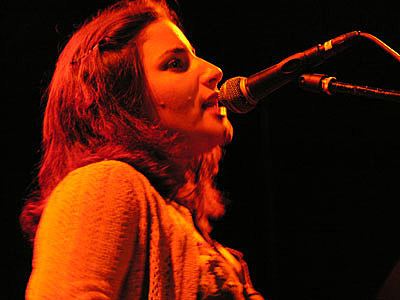 You can get a taste of the album from its single "Volver a Los 17." The new video for that song, directed by E. Lee Smith, premieres in this post. Check it out below.

Ani also has a couple dates coming up, including a record release show in her hometown happening on May 1 at Joe's Pub. Tickets for that show are on sale now. She plays a Philly show soon after. All dates are listed, with the new video, below.