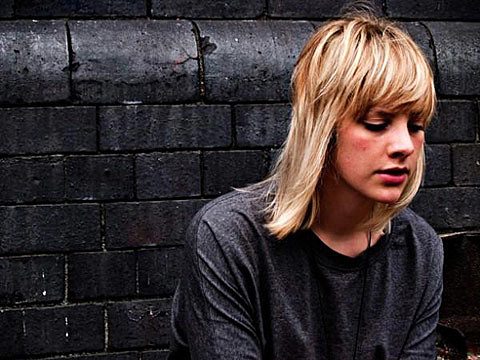 Hello and welcome to the ATP Runoff edition of This Week in Indie. (Aka ATPTWII.) Yes the big news is the Portishead-curated All Tomorrow's Parties which is happening this year in Asbury Park, NJ which looks to be super cool. (I would like to see The Pop Group.) There are still tickets available for most of it -- it gets a little confusing what with "Three Day Jeff Magnum" passes and other variations but this column will not get into that. We're talking bands/artists who are also playing NYC shows while here. And some other stuff too.

First and foremost, for me, is Anika who is making her North American live debut tonight (9/27) at Le Poisson Rouge and tickets still seem to be available. Her debut album snuck in late last year but made my Best of 2011 with it's mix of post-punk and dub, and I've been waiting to see her live ever since.  As I wrote before:

Recorded in 12 days, live with no overdubs, it sounds like the missing link between The Slits and Lilliput. Portishead's Geoff Barrow -- his other band BEAK> is the backing band here -- gets the claustrophobic vibe just right. A lot of people have tried and failed to recreate that Martin Hannett Sound... Barrow nails it. And the material -- a mix of girl group covers and politically-charged originals -- suits Anika's Nico-esque delivery perfectly.

You can download two tracks at the top of this post, cover's of Yoko Ono's "Yang Yang" and obscure British girl group singer Twinkle's "Terry." Anika is here on a limited North American tour and all her dates are at the bottom of this post. Anika's live band is a 5-piece that includes two of the three members of BEAK> (Geoff Barrow is the one who doesn't play with her live).

Opening for Anika is local act Slowdance who you may remember made L Magazine's "8 Bands You Need to Hear" list and whose debut EP, Light & Color, was just released last week. It's a "name your price" download at their Bandcamp site. The whole thing is pretty good but I especially dig the opening track "Cake" which is kind of like early B-52's minus Fred Schneider but in French. 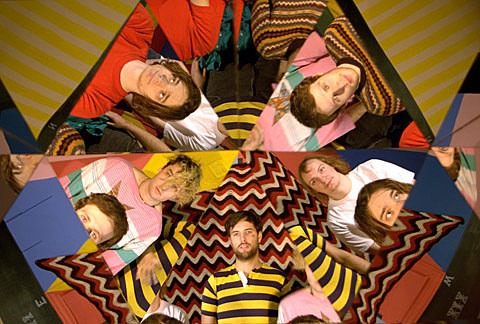 I mentioned BEAK> who, in addition to sharing members with Anika, will also be performing their own set at ATP and have also just released a split EP with Toronto's proggy, mathy DD/MM/YYYY who are playing Friday night at Cameo with like-minded noisemakers Yvette and Bambara. DD/MM/YY are on short East Coast tour while here for ATP and all dates are at the bottom of this post.

If you like DD/MM/YY or have been curious about seeing them live, you should go to this show... because they're breaking up at the end of October and the Cameo show is their last NYC show before doing so. I last saw them at M for Montreal two years ago, where I wrote:

Also impressive live are Toronto's DD/MM/YYYY who have clearly gotten much tighter than the last time I saw them (Don Pedro's, like three years ago). It's proggy-mathy, but bordering on chaos too. I'm not that crazy about their records -- a little too much going on at one time for my poppier tastes -- but I'd go see them again, no question.

Don't get too sad about them calling it quits, as four of the five are regrouping under the name Absolutely Free and will make their live debut at M for Montreal this year. 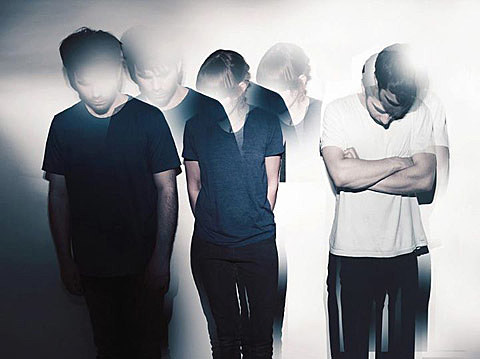 Factory Floor get a lot of Joy Division comparisons and JD/New Order drummer Stephen Morris is a fan, remixing last year's "Wooden Box" single. But apart from looking sad in their press shots, Factory Floor are more in the minimal wave camp with drone and repetition being their weapons of choice. Their new single "(R E A L L O V E)" is basically a goth/industrial/techno/Krautrock ode to Donna Summer/Giorgio Moroder's "I Feel Love" and is pretty awesome.

The band's next release will be on DFA in November. Judging from live clips on YouTube (like them performing "(R E A L L O V E)" at Rough Trade which you can watch below), Factory Floor are intense live and you might want to rearrange your show schedule to see them. 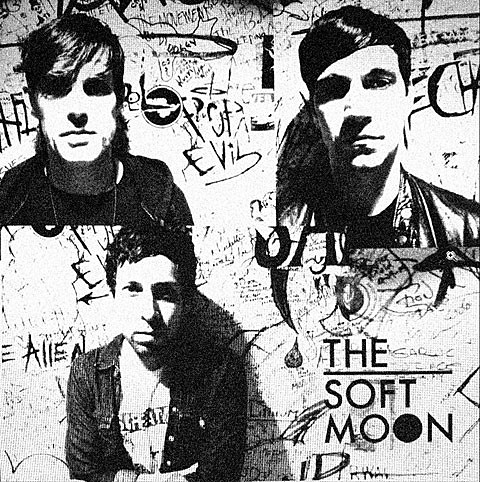 And rounding out the ATP-related shows are San Francisco's The Soft Moon who were supposed to be opening for Mogwai (who had to cancel) but will now play 285 Kent on Saturday (10/1) with White Ring and Beige (video flyer below), and the Wierd Party next Wednesday (10/5). Their new EP, Total Decay, is out on Halloween via Captured Tracks and you can download a track from it (and one from their debut album) at the top of this post. If you like '80s 4AD goth (Clan of Xymox, Xmal Deutchland) you're probably already going. 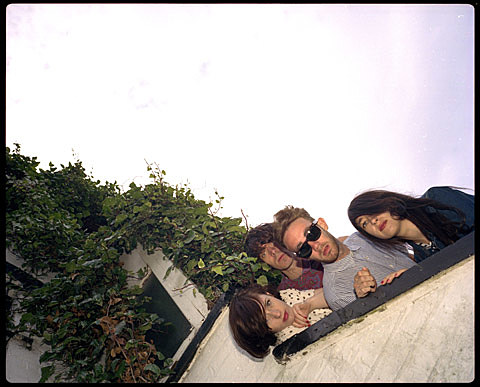 Speaking of goth, in a totally different way we've got Veronica Falls in town for two shows: tonight (9/27) at Glasslands and tomorrow (9/28) at Pianos. Their debut, out last week on Slumberland, is one of my favorite albums of the year so far. I wrote about it over at Sound Bites which I will quote here:

The band get the C-86 tag a lot but, apart from The Velvet Underground (which has inspired 95% of all indiepop), New Zealand seems to be a bigger influence anyway. "Misery" and current single "Bad Feeling" could both be Bats songs. (The Verlaines are a clear influence too, and I bet someone in the band loves The Chills' "Pink Frost.") But this is not a band you really sit around playing "spot the influence" to, as you're too busy swooning to the gorgeous melodies and Roxanne Clifford's truly lovely voice.

There's not a dud in Veronica Falls' 36 minute running time. New songs ("Misery," "Bad Feeling," the effervescent "The Box") are equals to early singles "Found Love in a Graveyard" and "Beachy Head" which appear here in newly recorded versions that might actually improve on the original versions.

When I said "goth" above, I mean more in an old school romance kind of way. Love and death, often intertwined. If you're on Spotify you can listen to the album here. They're great live, do go see them. Tonight's Glasslands show is with German Measles, Tanks Amigo and Darlings; the Pianos show is entirely TWII-endorsed, with McDonalds, Heaven's Gate and The Hairs. 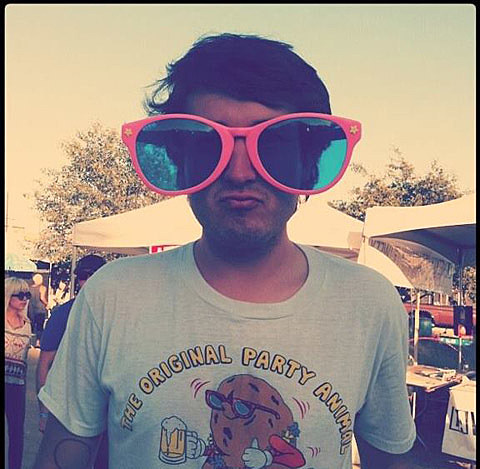 Ty Segall plays Bowery Ballroom on Thursday (9/29) and we've given him a lot of love over the last few years. He's awesome. If you're going, do get there early and see opener Mikal Cronin who plays in Ty's band and used to front Charlie & the Moonhearts. I liked the Moonhearts just fine, but playing with Ty seems to have done wonders. Mikal's self-titled LP on Trouble in Mind (produced by Ty) is far and away the best thing he's ever done, is one of my albums of the year, and I like it more than Segall's Goodbye Bread to be honest.

The album has great song after great song, killer hooks and harmonies -- SoCal garagey surf-pop at it's finest. You can download two tracks from the album at the top of this post. 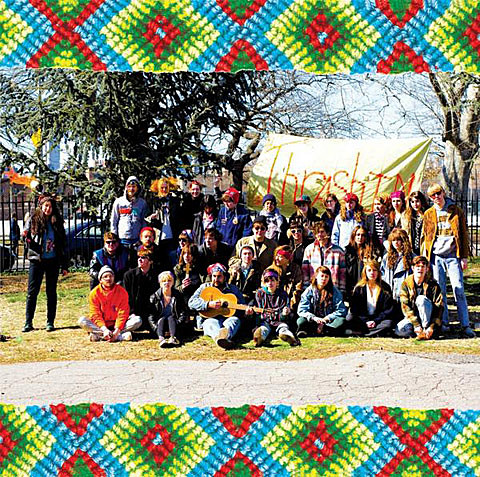 Friday is the last night of Monster Island Basement and the DIY venue is going out a big show featuring Regal Degal, Total Slacker, La Big Vic, Hume and Royal Baths. It's the record release party for Total Slacker's debut album, Thrashin', which got a 6.7 on Pitchfork today:

Total Slacker's sense of humor is the album's driving force, and it's both overt and weirdly specific. The lyrics, for the most part, are a goofy celebration of the slacker caricature. Between the references to weed and various snack foods, and the record's languid pace, Rountree perpetuates the archetypal slacker character with his nasal whine. The track "Thyme Traveling High School Dropout", for example, is a Teenage Mutant Ninja Turtles-style branding for a guy who goes back to the 18th century because marijuana isn't illegal then. And the title "Stealing From Salvation Army" says it all-- he plans on doing just that after he wakes up in the afternoon. That's pretty much the whole album. Thrashin' largely depends on buying into that character and thinking it's funny, or at least interesting, for 40 minutes.

With Total Slacker's propensity for instrument-destroying, this last night at Monster Island could be a doozy. 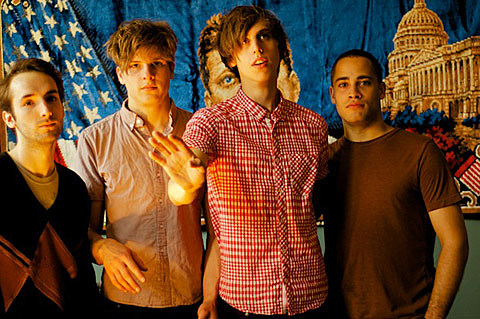 And finally, Minneapolis band Howler are playing their first NYC shows this week: Thursday (9/29) at Glasslands and Friday opening for Tapes n' Tapes at Bowery Ballroom. The band just signed with Rough Trade who put out their EP, This One's Different, not too long ago. They're getting more UK press than here in the States. NME gave the EP 8/10 saying:

The title of this first EP by Rough Trade's most recent signings is both misleading and spot on. There's nothing much different about these Minneapolis boys at all, with their sexy bedhead hair, skinny limbs and small-child-romping-at-a-family-wedding goofy energy. Their bratty guitar pop is as familiar as skin, but also as warm and lovable. But then, how many flat, formulaic takes on this same sound are also-running around out there? Howler are different because they make commonplace components fly with a brilliant nonchalance.

Everybody likes Pizza, right? The review goes on to make a Razorlight comparison, so this pie must have extra cheese. You can download a Howler track at the top of this post.

And that's the big stuff for this week. Slightly smaller stuff is below, day-by day:

Portland duo Viva Voce are at Mercury Lounge tonight. They don't get enough attention -- apart from just being two of them there's no "angle" per se, besides good songs and great musicianship -- and their new album The Future Will Destroy You is pretty good.

Reptar, Savoir Adore at the Neon Gold TV launch party at Tammany Hall. Tickets are $5 in advance, $10 at the door.

Somebody is playing Roseland tonight, can't remember who.

North Highlands, whose debut album will be out sometime this year, are at Cameo Gallery with the lovely and anthemic Snowmine, plus Neighbors. Good show.

Shameless self promotion: I'm DJing  a happy hour at Knitting Factory from 6PM - 8PM. There's complimentary Amstel Light. It's free but you have to RSVP.

Gardens and Villa, who I've written about before, are at Glasslands with Fat Possum records' Youth Lagoon, and Hardly Art's Gem Club.

X play Los Angeles in full at Maxwell's. (Sold out.) They'll do it again Friday (9/30) and Saturday (10/11) at Irving Plaza which also features a screening of their documentary The Unheard Music.

And that's it for this week. Lotta great stuff, hope to see you out there. Videos, flyers and tour dates are below. 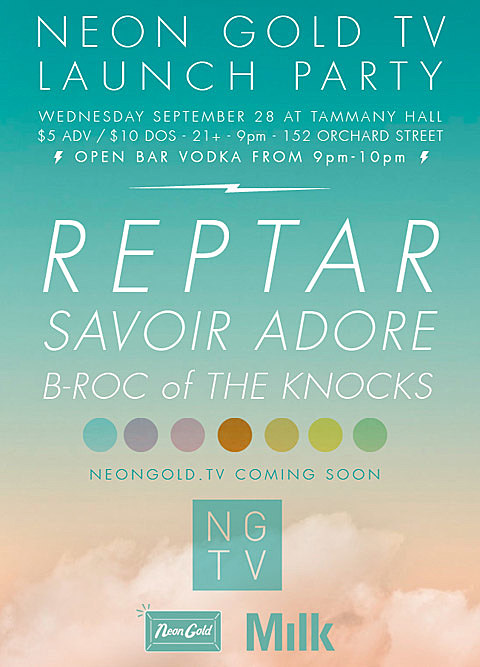 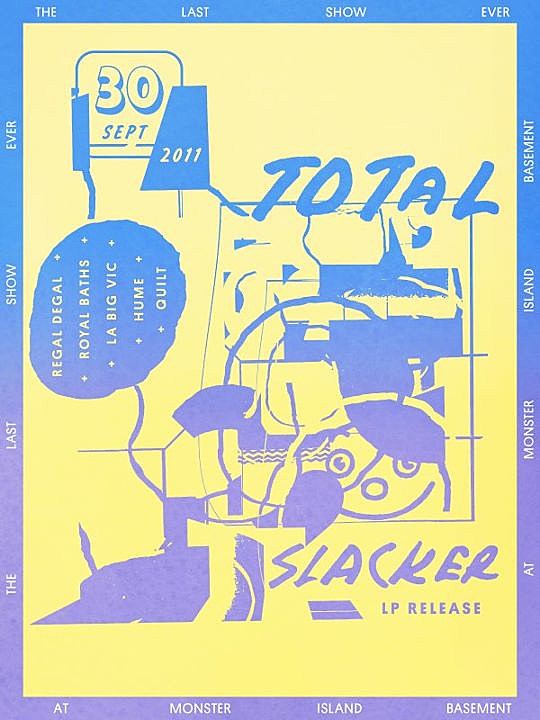 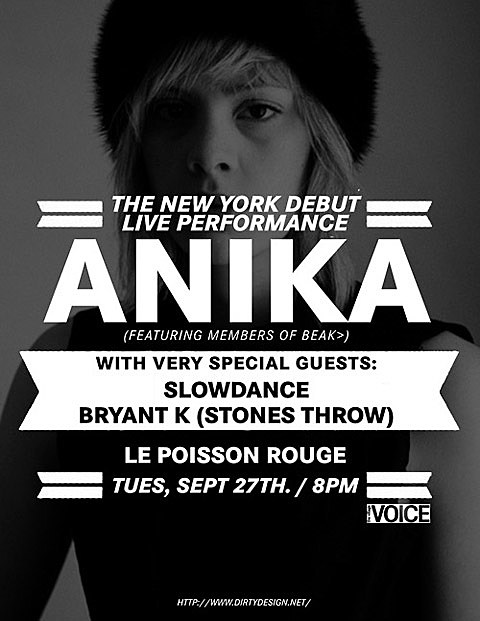