Exploded View, the dark, post-punk influenced group featuring Annika Henderson (who releases solo records as Anika), and Mexico City-based Hugo Quezada (Robota) and Martin Thulin (Crocodiles), just wrapped up their tour in support of their second album, Obey. The group, which live included a fourth member, Paulina Lasa, on bass and keyboards, played Brooklyn's Rough Trade on Thursday (11/8) and Annika brought an icy, stoic stage presence as her bandmates made a racket around her. She did, however, go into the audience and get in people's faces for "Disco Glove" during the encore.

Brooklyn's FORMA opened the show and pictures from the whole night are in the gallery above. Exploded View's setlist, and a stream of Obey, are below.

Anika will be back in North America for solo shows starting in January. 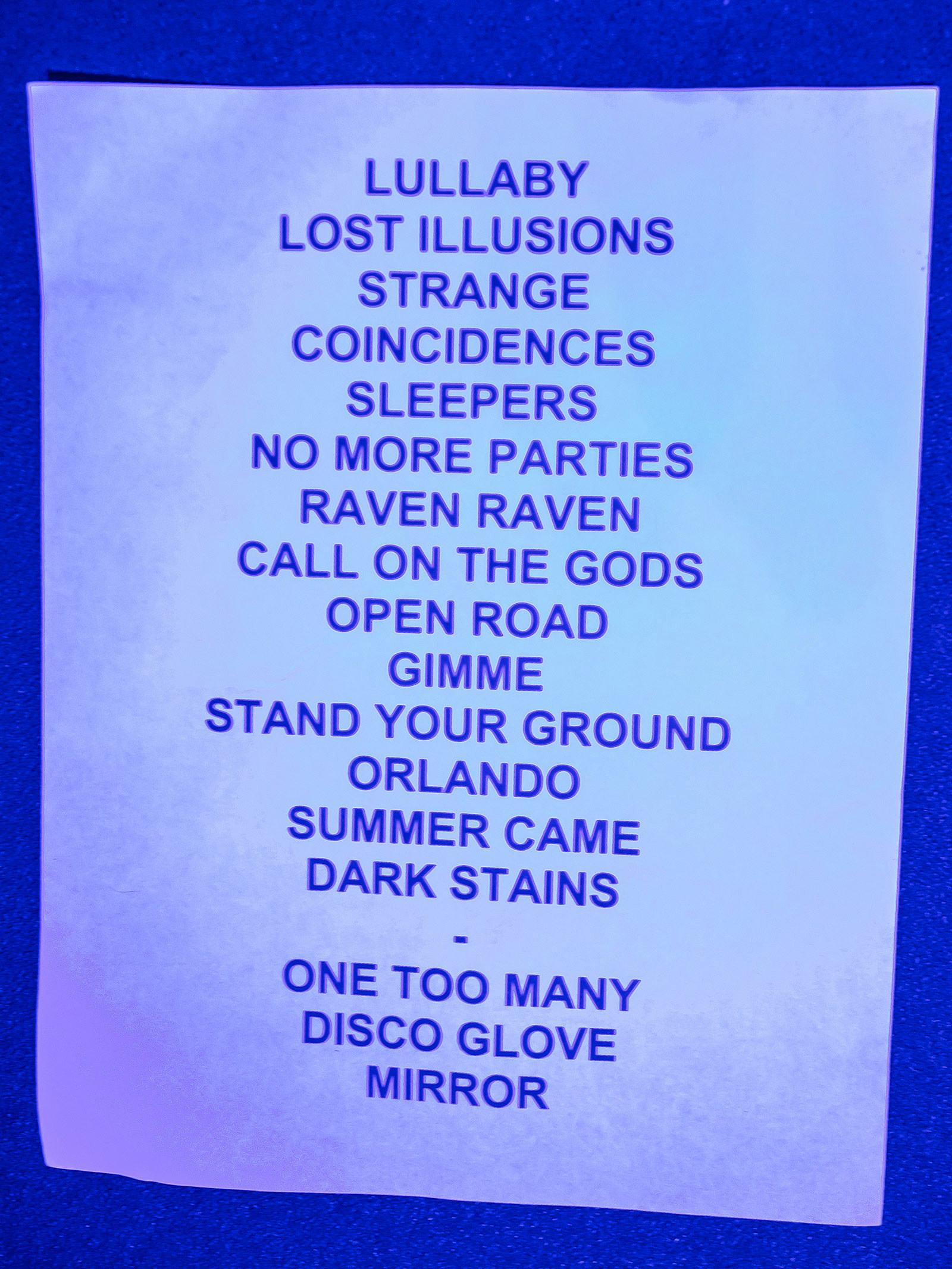