Animal Collective at Prospect Park in 2011 (more by Vincent Cornelli) 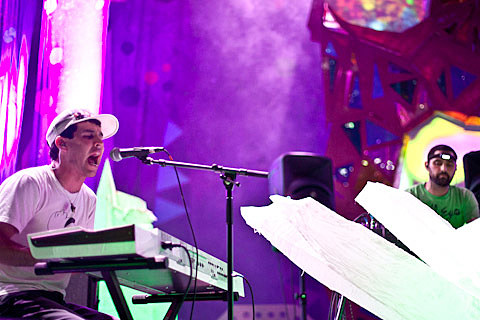 As mentioned, Animal Collective will release their new album, Centipede Hz, on September 4 via Domino. They've just announced that they'll follow that release with a tour in support of the new album. That tour hits NYC for a show at Williamsburg Park on October 5. Tickets for that show are not on sale yet but check Ticketmaster for updates. Presales begin Tuesday (6/12) at 10 AM.

A list of all dates and the tour trailer below...