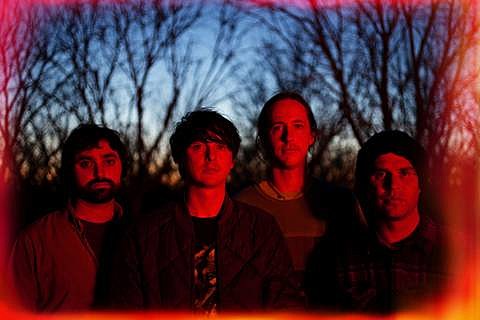 Animal Collective have scheduled make-up shows for the Williamsburg Park that got cancelled last month due to Avey Tare's laryngitis. They will play two nights at Terminal 5 on December 4 and 5. The band's only other upcoming U.S. tour date is playing the UR1 Festival in Miami on December 10.

Tickets to the T5 shows go on sale Friday (11/9) to the general public but there will be a presale for those who purchased tickets to the Williamsburg Park shows, details of which are still TBA. The band will also be donating a portion of the proceeds from the shows to the Hurricane Sandy recovery efforts of The American Red Cross.

Meanwhile, AnCo have a new single, "Applesauce," that is being pulled from Cetipede Hz and will be out next week (11/13). You can stream its b-side, "Crimson," below.