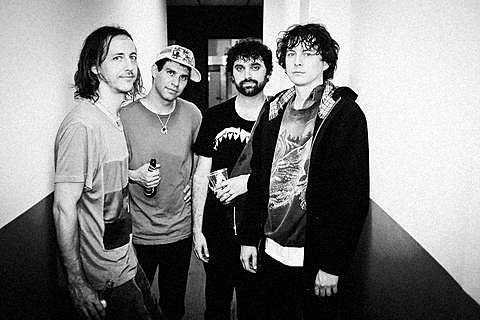 As mentioned, Animal Collective are playing two nights at Terminal 5 (12/4-5) to make up for their cancelled Williamsburg Park show. The first night (12/4) is with Traxman, and no opener has been announced yet for the second night. Tickets for both shows are still available and a portion of the proceeds will go to The American Red Cross to help Hurricane Sandy relief.

Like Amanda Palmer, Animal Collective just spoke to us about their top 10 things of 2012, some of which were albums, like the one by their tourmates Micachu & The Shapes and the new Madlib-produced Georgia Anne Muldrow album, whereas other things on the list were restaurants they had memorable dinners at and British sketch comedy shows. You can check out the whole thing below.