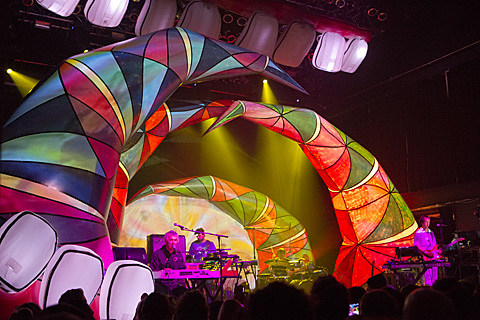 Animal Collective have released a new video for "Applesauce" directed by controversial filmmaker Gaspar Noé that is best "viewed in complete darkness for maximum effect." Word. While not as seizure-inducing as the opening credits to Noé's film Enter the Void, it's a flashy video nonetheless and should be avoided if you have a distaste for that.... but then again you might avoid AnCo for that altogether anyway.

As discussed, Animal Collecitve will appear at the 2013 Governor's Ball in NYC, one of several dates scheduled for the band both here and across the pond (like Primavera). All tour dates are listed below.