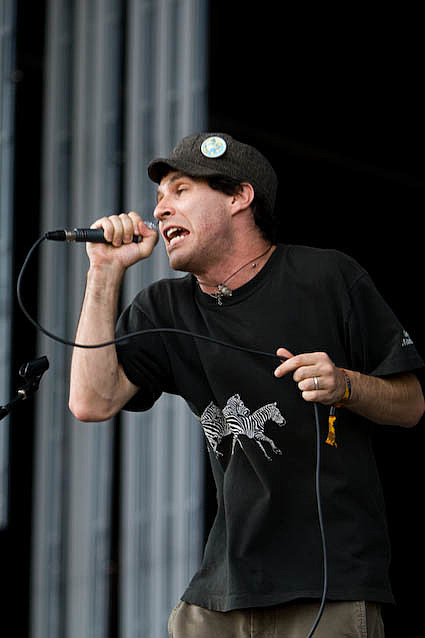 ""The location is pretty great -- look at that view," said Brian Weitz, a.k.a. Geologist from Animal Collective, gazing out across the expanse of Liberty State Park at the skyline of Lower Manhattan. Indeed, the first thing you notice on stepping off the ferry and turning to look behind you is a cityscape that is hard to match anywhere in the world. It was day two of All Points West, the so-called "boutique" festival (meaning it accommodates 30,000 instead of 70,000) that at long last brought a weekend-long major music event to the Northeast. Saturday was the only sellout of the three-day weekend, and for good reason: Apart from the godlike Radiohead on top of the bill, there was a pretty exceptional supporting cast that included, on three stages, the Roots, Kings of Leon, Metric, the Black Angels, the Virgins, Chromeo, K'Naan and Sia.

But I began my day by speaking with one of my favorites, the Collective. A few hours before they brought their clanging, charging, joyful noise to the masses, we talked on the VIP bleachers overlooking the grounds. How great is the idea of Kings or Radiohead fans discovering Animal Collective? "That's the main reason, I think, you do festivals," said Weitz. The guys are not doing a lot of fests this summer -- they're concentrating on mixing and finishing their ninth album, due out in January -- but they were pleased to be at All Points West, in part because they were playing the main stage. While there is no doubt AC's sound is big enough to fill a large setting, Noah Lennox, a.k.a. Panda Bear, is not a big fan of outdoor fests. Apparently, he and the sun "don't agree."" [John Norris @ MTV]

Who has the setlist? More pictures and video below... 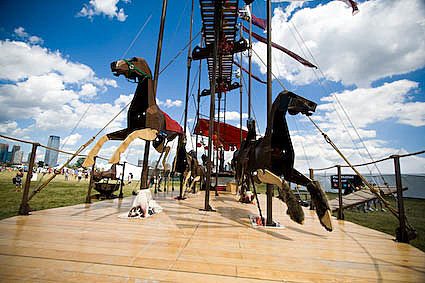 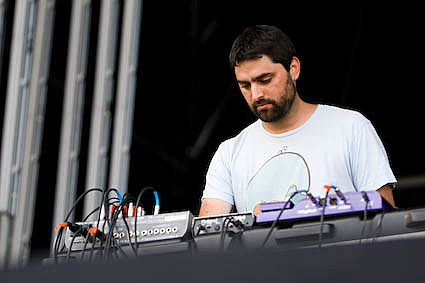 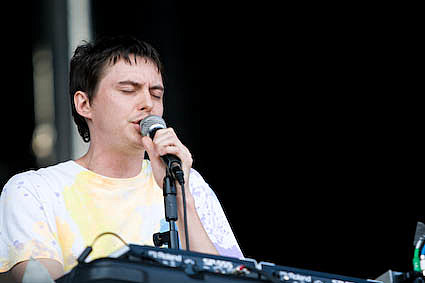 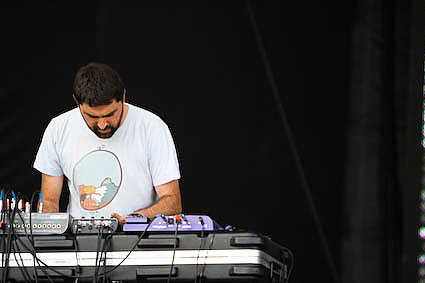 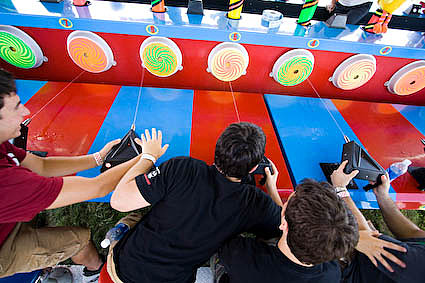 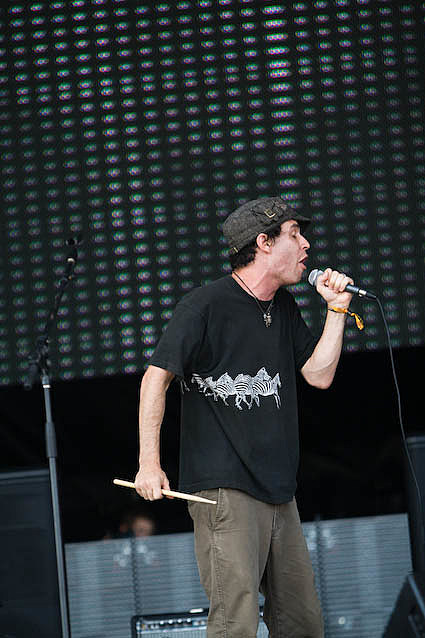 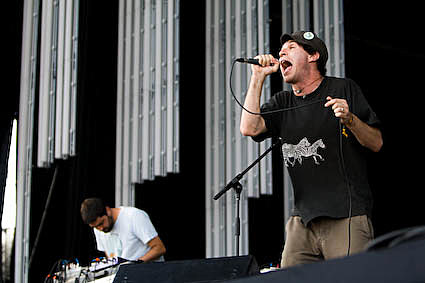 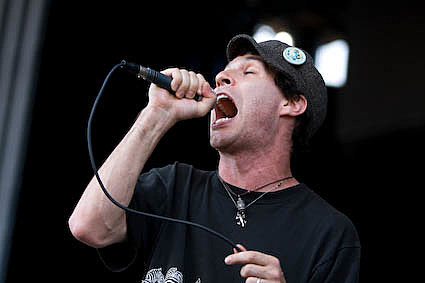 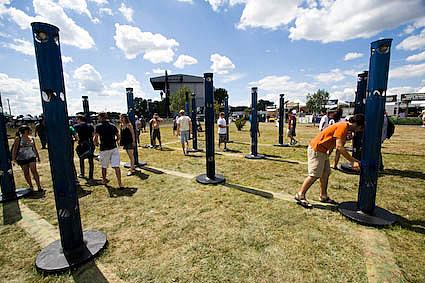