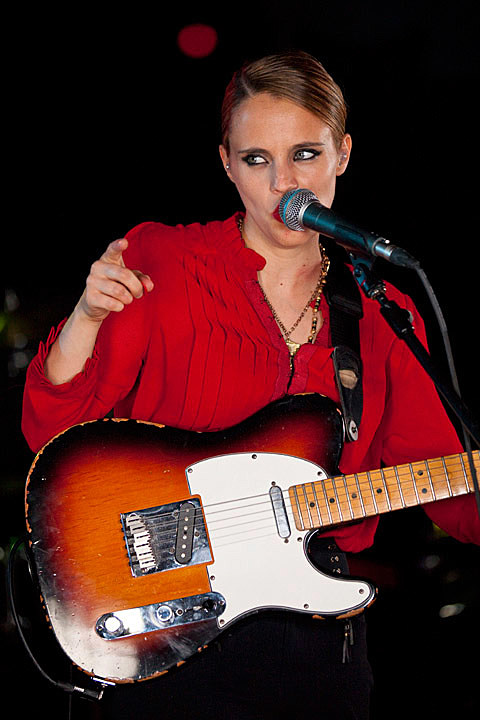 We're throwing a BrooklynVegan Holiday Party at Music Hall of Williamsburg on Tuesday, December 13, 2011! What does that mean? Well, so far it means a set of music by Mercury Prize nominee Anna Calvi (she lost to PJ Harvey) and a low ticket price of $8.00 with $1.00 from every ticket going to to Toys For Tots! Stay tuned for more details, including lineup additions, but tickets go on sale next Friday, September 16th (which is one day before another BrooklynVegan event takes place). Tickets will be on ticketmaster, but you can also get them without a fee at the Mercury Lounge box office, or at the MHOW box office on Saturdays.

For Anna it's one of four North American dates in December. They're all listed below...