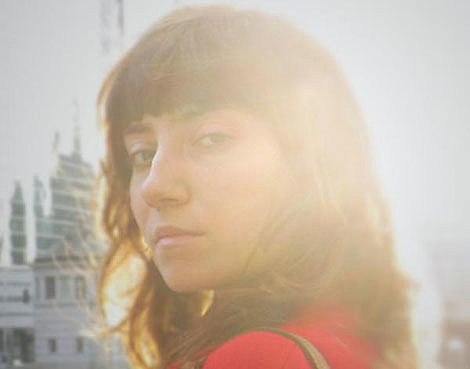 Tiny Mix Tapes: Any favorite experience [at SXSW], your own sets or someone else's?

Anni Rossi: Well, there's an artist whose out on Rough Trade right now called Micachu and the Shapes. Her and I played this show together, which was pretty notable for my set too; it was on this patio at this placed called Ms. B's. Her and I played back to back one day, and her live show is awesome. We actually played with her in New York, too.

TMT: How have your influences changed or matured, specifically in classical, on strings...?

AR: Um, well, I've always loved pop music more than classical music, from when I was little. But I think that's natural. I mean, that transitional point when I really started writing music and transitioning out of classical music was when I was playing chamber music, like quartet music. I really liked Bartók and more contemporary composers. Then I discovered Laurie Anderson and Meredith Monk -- that was maybe like 5 years ago. My musical taste now has really ranged from somebody like Modest Mouse -- I really like their recordings -- and, like, Black Sabbath I've been really into lately. I generally go through phases where I'll listen to one thing over and over.

Anni Rossi plays a one-off show tonight (6/23) on the main stage at Pianos weekly Cross-Pollination series. Joining Rossi will be Pearl & the Beards and Ezra Furman & the Harpoons (who have a residency at the venue). Tickets for tonight are on sale.

The show comes in midst of Rossi's tour with Camera Obscura. As part of that, both acts will play Webster Hall on Wednesday, June 24th. Tickets are still on sale. In March, Anni opened for Camera Obscura at the much smaller Mercury Lounge.

Anni will join Micachu on some of her July tour dates leading up to Micachu's appearance at the Siren Festival in Brooklyn. Maybe Anni will add another NYC show around then too.

Anni Rossi's second LP, Rockwell, came out in March on 4AD. In April she played "West Coast" off that record live at Permanent Records in Brooklyn. The video, with all tour dates, below...